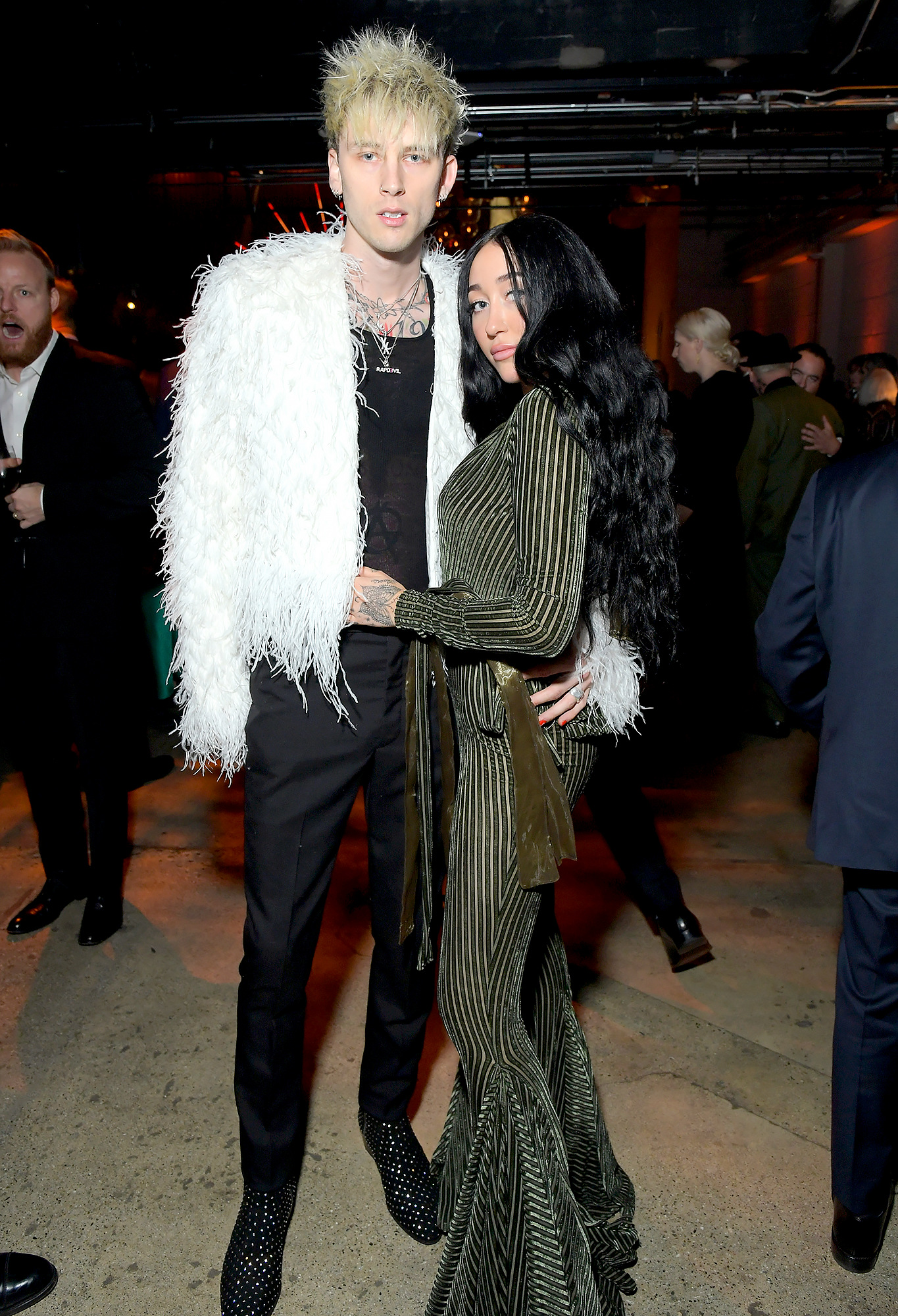 The “Make Me (Cry)” singer, 20, and the Big Time Adolescence star, 29, arrived together at 1 Hotel in West Hollywood for Fiji Water and Republic Records’ party. She looked stylish in a striped jumpsuit, while he wore a white shag jacket over a black shirt and pants.

Once inside, the pair walked “through the crowd holding hands” as they passed Channing Tatum and Jessie J’s table, an eyewitness tells Us Weekly exclusively.

“MGK led the way and held his hand out behind him for Noah to grab,” the onlooker reveals. “They stayed close to each other throughout the night. They clearly came as each other’s dates.”

Cyrus and Kelly (real name Colson Baker) stepped outside for some fresh air just before midnight. Minutes later, they returned to their roped-off VIP table with friends including singer Pia Mia.

The “Bad Things” rapper drank a Heineken beer at the bash, while the youngest child of Billy Ray Cyrus and Tish Cyrus enjoyed the music — most notably when her sister Miley Cyrus’ 2009 hit “Party in the USA” came on.

“Noah threw her hands in the air,” the eyewitness tells Us. “She danced to the song with her girlfriends while MGK talked on his cellphone.”

Noah and Kelly, who also attended Sony Music Entertainment’s post-Grammy reception on Sunday, have known each other for a while. She made a cameo in his “I Think I’m Okay” music video in June 2019, and he attended her 20th birthday party at The Roxy Theatre in West Hollywood earlier this month.

The Nashville native previously dated rapper Lil Xan from August to September 2018. The former couple accused each other of cheating and unfollowed each other on Instagram after their breakup.

“It’s like mourning. It’s like losing somebody — you mourn that person,” she later told BreatheHeavy.com about the split. “It’s like your body is in it. Like, it hurts physically — when you miss somebody — there’s so many emotions in losing somebody that you spent so much time with.”

Kelly, for his part, ignited romance rumors with his friend Pete Davidson’s ex Kate Beckinsale earlier this month, but a source told Us exclusively that they “are just friends.”

The Dirt star has an 11-year-old daughter, Cassie, from a previous relationship.

‘Cobra Kai’ Moves From YouTube to Netflix Ahead of Season 3