Ryan Dorsey is one proud dad!

The actor took to Instagram to share an adorable photo of himself with his and the late Naya Rivera’s son, Josey, graduating from Pre-K. In the snap, shared on Saturday on Instagram, Josey wears a black cap and gown, as he sits on his dad’s knee.

“Fresh outta Pre-K boy! Next Up Kindergarten! #summertime #proudDad,” Ryan, 37, captioned the photo. The comments section was filled with congratulatory comments for Josey, with the Glee actress’ fans also writing how proud she would be of her son.

Ryan also posted more photos and videos of his little boy at his graduation. In one clip, Josey is seen receiving his diploma. 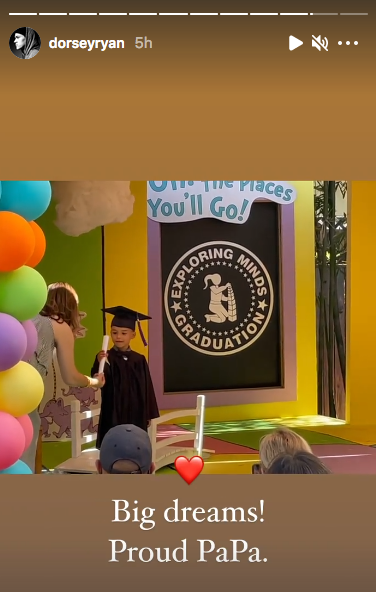 Naya’s sister, Nickayla Rivera, also posted a video of Josey at the event, captioning the Instagram Story, “My nephew graduated pre-k.” In the clip, he strikes a pose before getting shy, shaking his head, covering his eyes and then walking to get the diploma.

The two also snapped a cute selfie together. 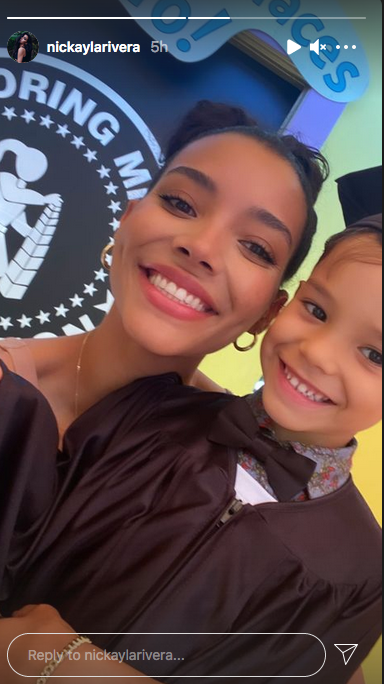 Naya was pronounced dead on July 13, five days after she went missing at California’s Lake Piru while taking a boat ride with Josey. She was 33 years old. ET’s Kevin Frazier recently sat down with the late actress’ father, George, for an emotional conversation, where he talked about how Naya changed after becoming a mother.

“He really became everything for her,” George expressed. “Her focus was really on him and he was growing up as she was becoming a mother, she really leaned into that, really leaned into that and the word I want to use is maturity. She became very mature as a person and really receptive to other people’s feelings.”

“I watched the maturity in her after she had a child, before and after, big difference,” he added.

George also shared that Josey asks about his mom frequently, and gave credit to Ryan and Nickayla for helping the little boy through it.

“Nickayla and Ryan are doing a really great job,” he said. “Tough situation, especially because he was there — it’s not like you’re talking about a ghost that’s floating around, right? He’s got memories as well, but boy is he coming around, right? Really strong kid.”

See more from the intimate sit-down in the video above and below.