“And the Oscar for Best Documentary Feature goes to… My Octopus Teacher… to American Factory… to Icarus.”

The Motion Picture Academy has enveloped Netflix nonfiction features with love again and again in recent years, rewarding the streamer with three trophies since 2018, not to mention half a dozen nominations overall.

But the story this year seems less Netflix and more National Geographic.

In a typical year, Netflix might easily boast five contenders. But this time around it’s Nat Geo with a quintet of competitors: Torn, The First Wave, Playing with Sharks, The Rescue—directed by Elizabeth Chai Vasarhelyi and Jimmy Chin—and Becoming Cousteau, the film about celebrated French marine explorer Jacques-Yves Cousteau directed by two-time Oscar nominee Liz Garbus. 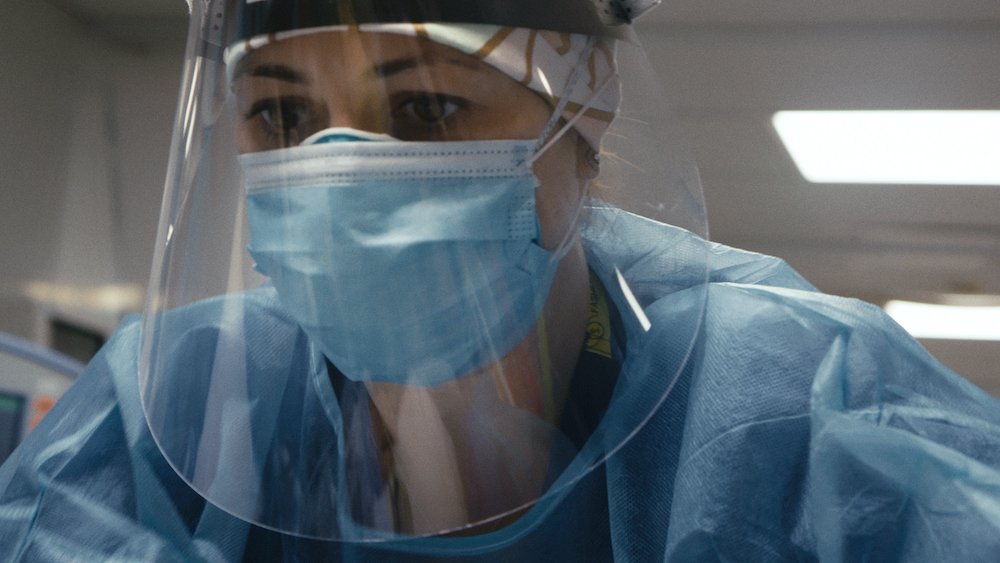 “Nat Geo has taken the scene by storm,” Garbus concurs. “The films are really, one and all, so different and so beautiful.”

When Disney acquired most of the Fox assets in 2019, National Geographic came along with the deal, fresh from having won the Oscar for Vasarhelyi and Chin’s Free Solo. Any lingering doubts about whether Disney would continue to back National Geographic’s theatrical documentary ambitions has been answered by the current slate. Disney has also greenlighted impressive Oscar campaign budgets, including private events promoting The First Wave at DOC NYC, and The Rescue at TIFF.

The scale of Oscar doc campaign budgets correlates with films tied to streaming platforms, or to a cable channel, or both. Spending on individual contenders can be justified as promotion for the entire distribution entity. Becoming Cousteau and The Rescue, for instance, are streaming on Disney+, while The First Wave streams on Disney-controlled Hulu.

In fact, the entire Oscar documentary race—at least from a campaign point of view—can be read as a proxy battle between rival streamers. Upstart Discovery+, which launched only last January, has flexed marketing muscle for its three Oscar hopefuls, among them Introducing, Selma Blair, Rachel Fleit’s touching, intimate and often humorous film on the titular Hollywood star, who revealed her MS diagnosis in 2018.

Discovery+ also competes with two films that may appeal to catholic tastes of Documentary Branch voters—Francesco (about Pope Francis) and Rebel Hearts (about a progressive order of L.A. nuns).

From Amazon Studios comes Val, a self-portrait of actor Val Kilmer, Mayor Pete (about Pete Buttigieg’s run for president), and My Name Is Pauli Murray, a documentary about the underappreciated civil rights and women’s rights lawyer directed by Betsy West and Julie Cohen, the duo behind RBG.

MTV Documentary Films’ slate streams on Paramount+, including Sabaya (an early frontrunner later hobbled by a disputed New York Times report claiming some of its subjects didn’t consent to being filmed). 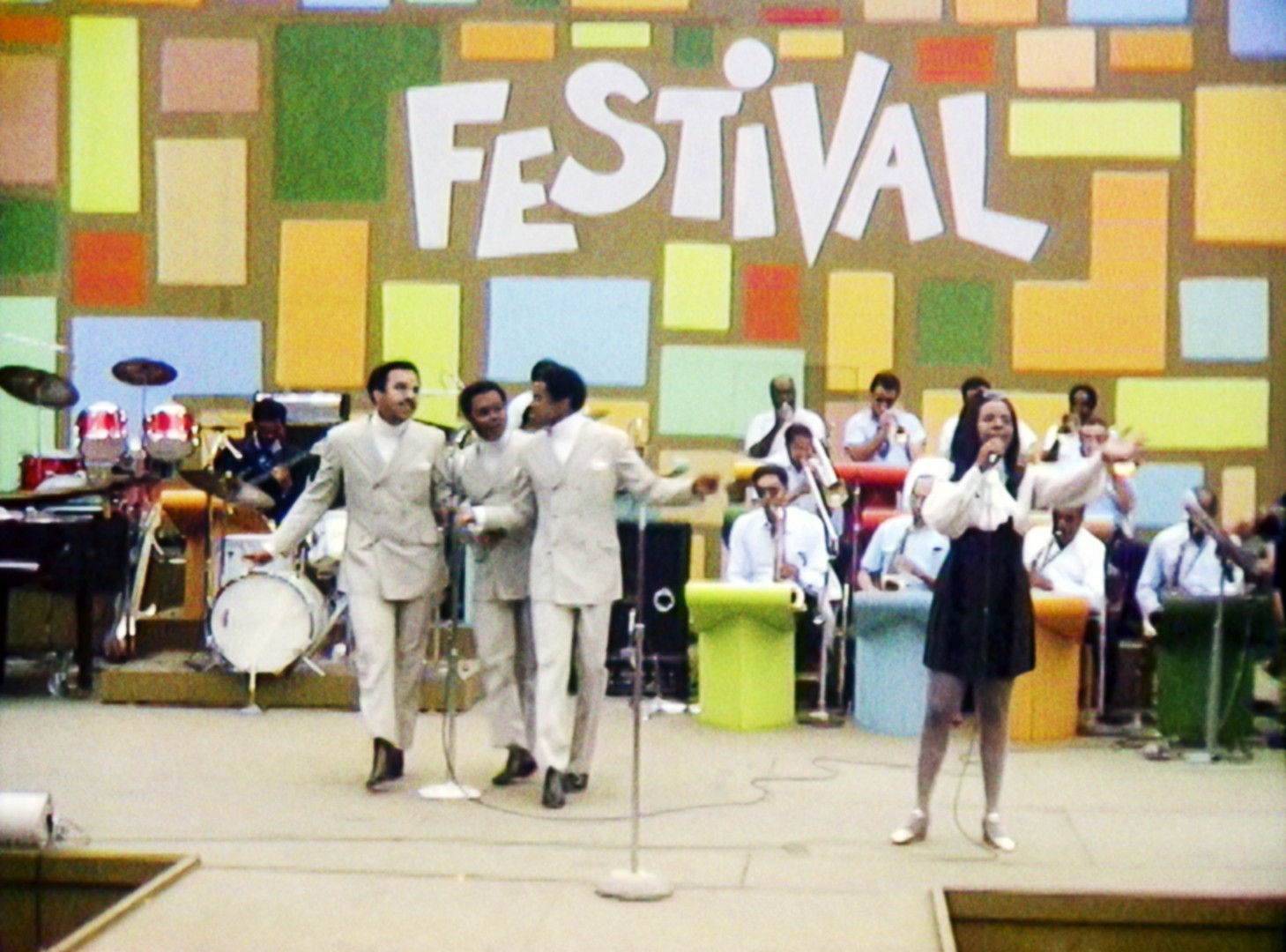 Hulu boasts Homeroom, directed by Peter Nicks, and Summer of Soul (…Or, When the Revolution Could Not Be Televised), a big favorite for Oscar recognition directed by Ahmir “Questlove” Thompson.

Summer of Soul, jointly distributed by Hulu, Disney’s Onyx Collective, and Searchlight Pictures, retrieves from unjust oblivion the Harlem Cultural Festival of 1969, an event that attracted giants of Black music, from Nina Simone to Sly and the Family Stone. Despite the incredible performances, TV networks at the time turned down the chance to air it as a special. The film has won numerous awards, and the hearts of viewers as well as critics, like Rolling Stone’s David Fear who declared Summer of Soul “damn near a masterpiece… a tribute to the artists and, just as importantly, their audience — which is what makes it not just a great concert film but a great documentary, period.” 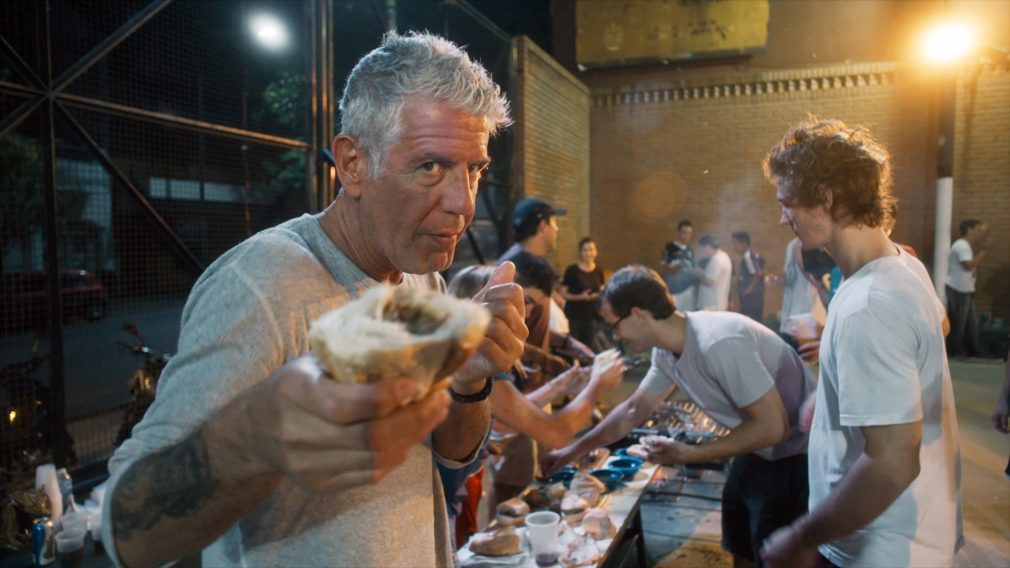 Netflix has taken a somewhat less aggressive promotional stance for its Oscar doc slate than in past years but weighs in with contenders Convergence: Courage in a Crisis, a Covid-themed film directed by Oscar winner Orlando von Einsiedel; Robert Greene’s Procession, and A Cop Movie, an innovative documentary on the realities of policing in Mexico City directed by Alonso Ruizpalacios.

This is not to suggest that only streamer-connected documentaries will win the favor of Oscar Doc Branch voters, who determine the feature shortlist and the eventual nominees. The branch has grown dramatically in recent years, with many of its new members based abroad; that has, in turn, boosted the prospects for international documentaries.

Last Oscar season, two international documentaries earned nominations (three, if you count the South Africa-produced My Octopus Teacher): Chile’s The Mole Agent and Romania’s Collective. The most honored international-focused entrant this year comes from Neon, the animated doc Flee directed by Jonas Poher Rasmussen. The story of a gay Afghan man’s arduous journey to life in the West won the top prize for World Cinema Documentary at Sundance and has claimed wins at other festivals from Jerusalem to Oslo and Philadelphia.

“It’s been really amazing to see how people can relate to the story, even if they’re not refugees or gay,” Rasmussen tells Deadline. “And I know it really means a lot to [main subject] Amin, because he’s kept his story a secret for so many years. I think he was a little scared people would just kind of react like, ‘Huh,’ and then walk on. But the fact that people really relate to it is really, really important.” 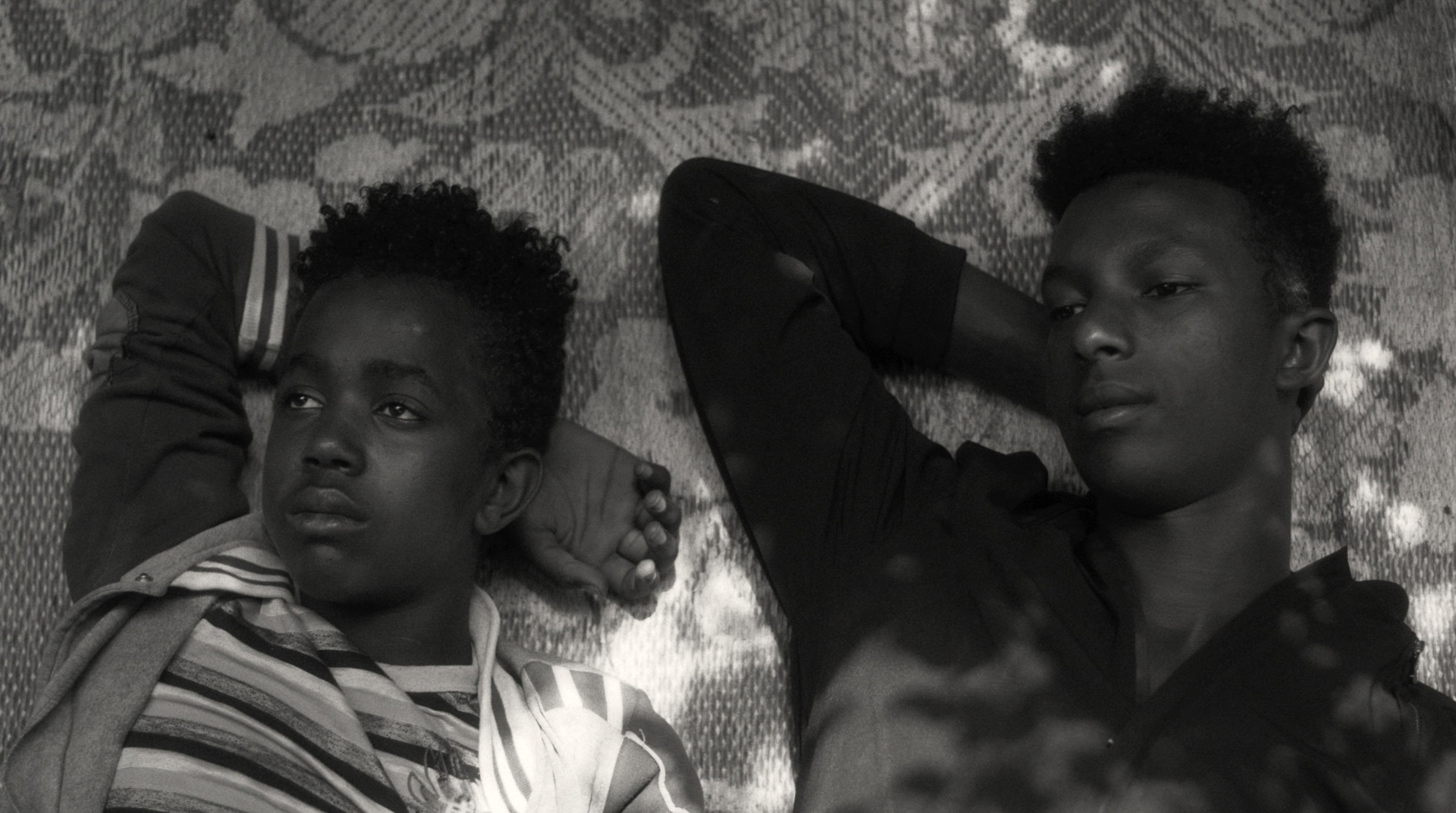 The international factor may not only lift Flee, but several other films including HBO’s Simple as Water, directed by Megan Mylan, a vérité look at several Syrian families struggling to keep body, soul, and the family unit together despite the destabilizing impact of civil war. Faya Dayi, directed by Mexican-Ethiopian filmmaker Jessica Beshir, has won raves for its poetic depiction of life in rural Ethiopia.

HBO’s In the Same Breath, directed by Nanfu Wang—a Chinese-born filmmaker now based in New Jersey—examines how both the Chinese and U.S. governments used propaganda to shape the narrative around Covid.

President, from director Camilla Nielsson, revolves around a charismatic young politician’s effort to win the highest office in Zimbabwe. It may be set in the Southern Africa country, but President echoes recent political happenings in the U.S.

“Two sitting presidents, Mnangagwa and Trump, were intent on maintaining their grip on power regardless of election outcomes,” Nielsson told Filmmaker magazine, “in contravention of their sworn duty to respect their respective constitutions and were willing to go to great lengths to do so.”

Ascension, Jessica Kingdon’s documentary on increasing class disparities in a booming China, constitutes another international-themed film with a very strong claim to Oscar recognition. It has come on strong of late, earning five nominations for the Cinema Eye Honors and six nominations for the Critics’ Choice Documentary Awards. 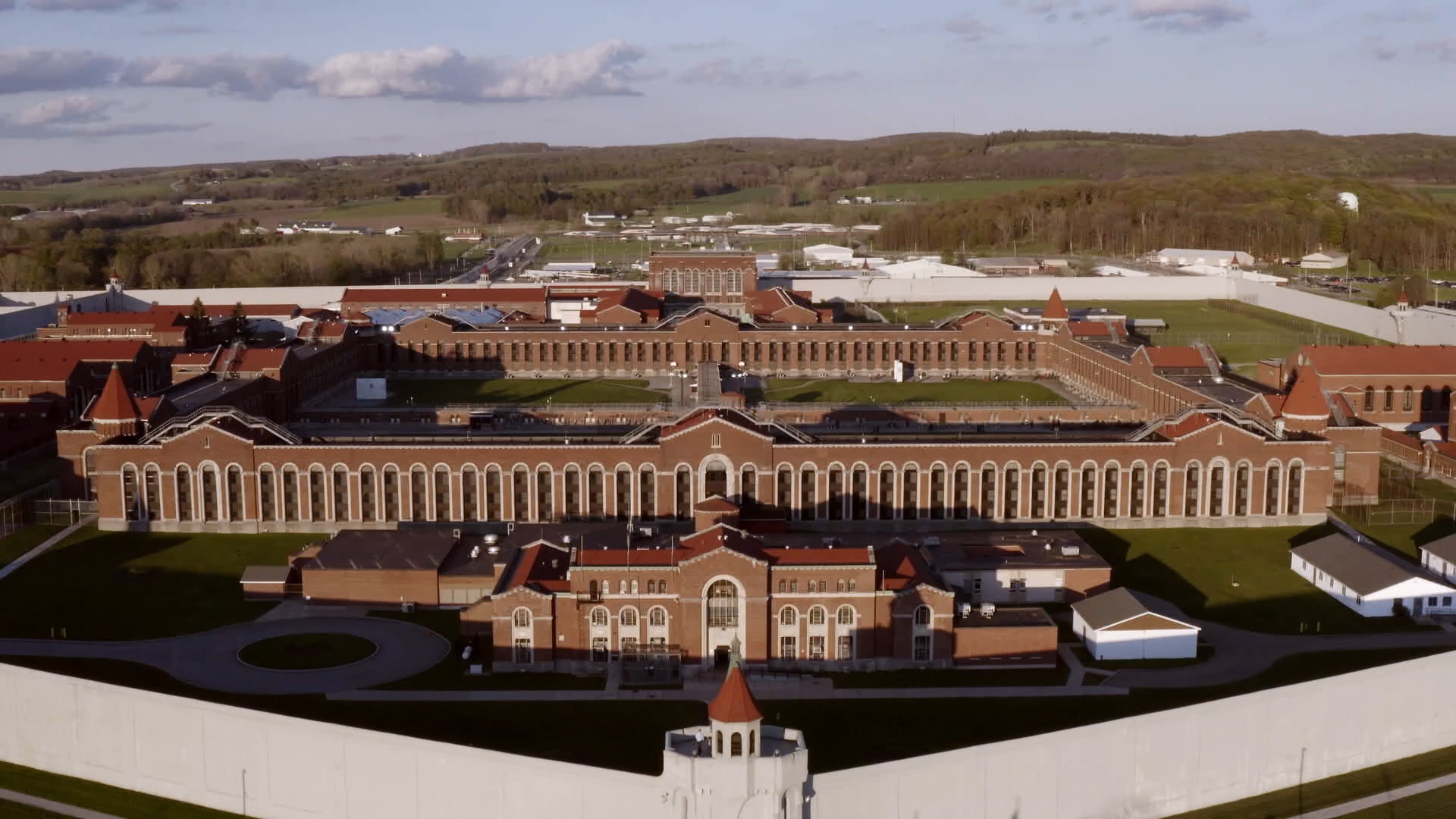 America’s troubled history with race (to put it mildly) has informed some of the most important documentaries of recent years, including Oscar nominees Time, 13th, Strong Island, I Am Not Your Negro, and 2017 winner O.J.: Made in America. This year, notable documentaries touching on that theme include Who We Are: A Chronicle of Racism in America, from Sony Pictures Classics; Citizen Ashe, the doc from CNN Films about the late Arthur Ashe; the previously mentioned My Name Is Pauli Murray, and Attica, about the notorious prison uprising in 1971 during which police retook the penitentiary with extreme force, slaughtering prisoners and hostages alike.

“[Attica] might be the largest example of American violence against other Americans since maybe Wounded Knee in the 1890s,” co-director Stanley Nelson tells Deadline. “It didn’t have to be that way. It didn’t have to happen.”

Attica comes from Showtime, part of an impressive lineup of contenders from the premium cable channel joined by The Real Charlie Chaplin, and Cusp, a revealing vérité exploration of young women coming of age in rural Texas, in an environment of toxic masculinity.

Last Oscar season, 238 feature docs qualified for Oscar consideration, shattering a record. That had much to do with eligibility rules relaxed because of Covid. The standards are a bit tighter this year, requiring a week-long theatrical exhibition in at least one of six metropolitan areas. The eligibility window is also smaller, running from March 1, 2021, to Dec. 31, 2021 (truncated after the eligibility window was lengthened the previous year due to Covid).

This year, 138 feature docs qualified for Oscar consideration, a hundred fewer than the year before. Fewer docs may have been submitted for another reason—a Television Academy rule going into effect in 2022 that makes any documentary uploaded to the Academy screening portal ineligible for Emmy consideration. Some potential qualifiers may have opted to shoot for the Emmys instead of going for broke on the Oscars. 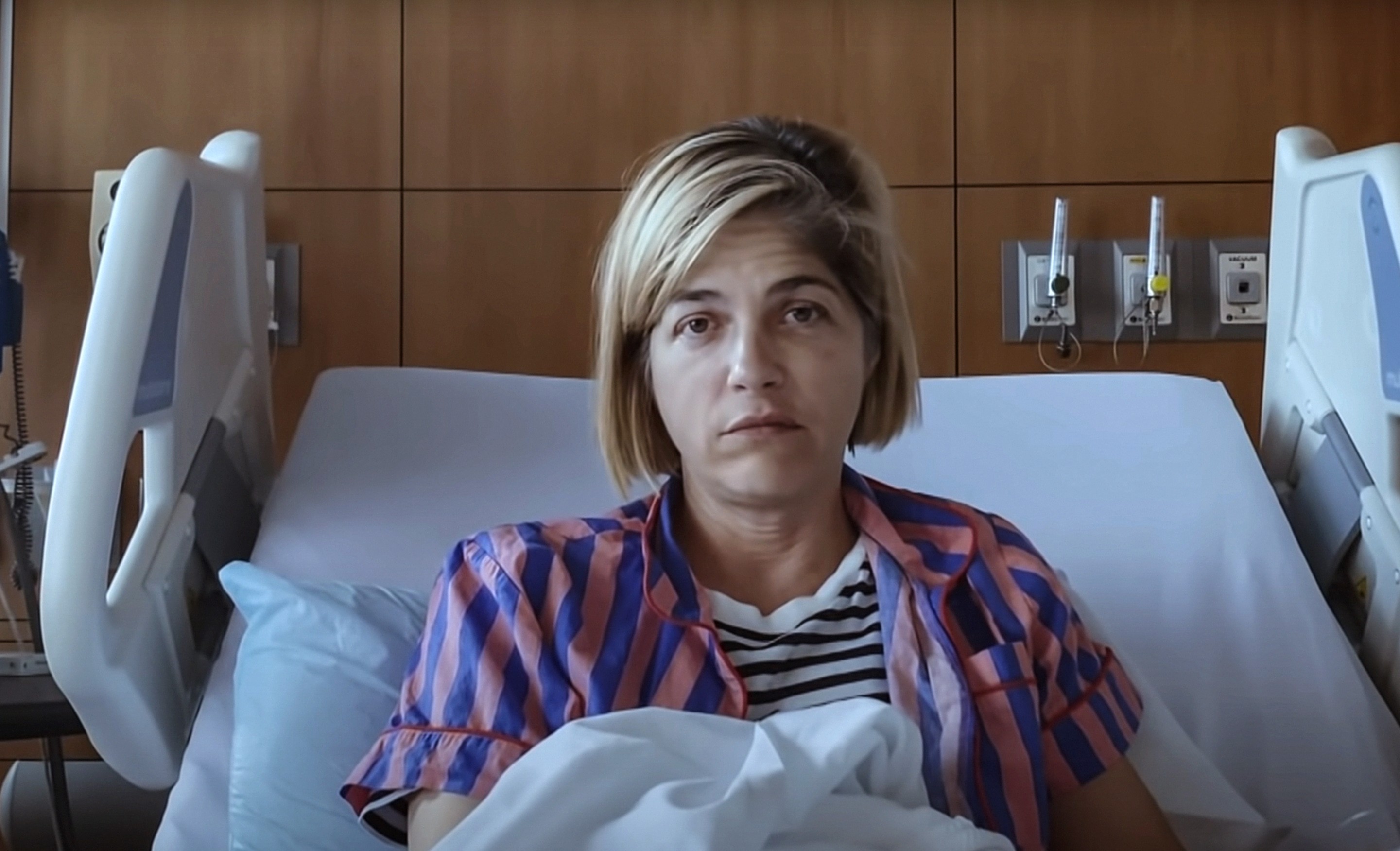 Still, there is hardly a shortage of hopefuls. Along with all the films cited above, many more are contending, among them Writing with Fire, Not Going Quietly, Jacinta, The Sparks Brothers, Roadrunner: A Film About Anthony Bourdain (the top documentary at the box office this year), The Lost Leonardo, Like a Rolling Stone: The Life and Times of Ben Fong-Torres, Bring Your Own Brigade, and Julia, the documentary about Julia Child directed by Pauli Murray’s West and Cohen.

The feature doc shortlist will be revealed Dec. 21. With so many aspirants, and only 15 slots, the announcement can be counted on to trigger a combination of celebrations and lamentations.

HBO Max Sequel Series Tries Hard, But It’s Just Not All That: Review