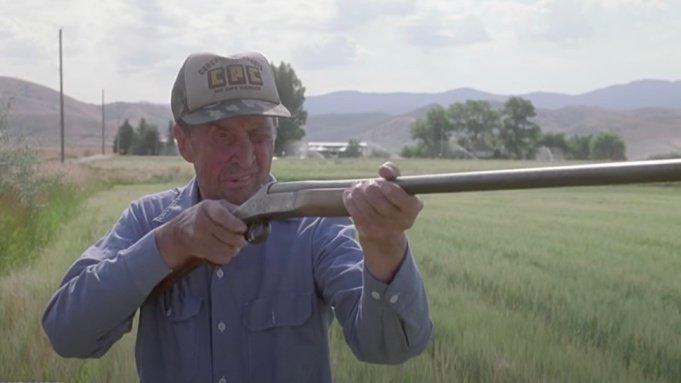 The actor, who was famed for playing Lyle in the Jared Hess film, died on Friday at a care home facility in Idaho Falls, Idaho.

Critchlow became a local celebrity following his notorious part as Farmer Lyle in the 2004 movie which starred Jon Heder as the titular role.

Critchlow previously opened up about how he landed a spot in Napoleon Dynamite, telling East Idaho News: ‘My wife called Jared Hess’ mother and asked if one of her boys was there.

‘He came over, and he had a friend with him. I drove the truck out into the pasture, and the sheep came over. They grabbed those bucks and pushed them into the truck … and we got them out of there.’

Hess then reached out to Critchlow and asked if he could star in the film, to which he agreed.

The role of Lyle catapulted Critchlow to local celebrity status, with fans asking for photos and autographs.

‘I went to a wedding reception in Salt Lake, and my oldest son was just waiting for the reception to start,’ he recalled. ‘This guy comes by, and he said, “Hey, I seen you in a show!” He took some pictures.’

The film follows Napoleon, a nerdy high-school student who deals with several dilemmas: befriending an immigrant who wants to be class president, awkwardly pursuing a romance with a fellow student, and living with his quirky family.

Most of the situations in the movie are loosely based on Hess’s life.

Celebrity Gogglebox: How much do the Gogglebox stars earn per post?