Home » Celebrities » Mindy Kaling Says B.J. Novak Will Dress Up as Santa for Her Kids on Christmas

Mindy Kaling and B.J. Novak may not be dating anymore, but the two still spend the holidays together. The Office co-star/co-producers consider each other family. And according to Kaling, Novak is starting a brand new Christmas tradition with her kids. 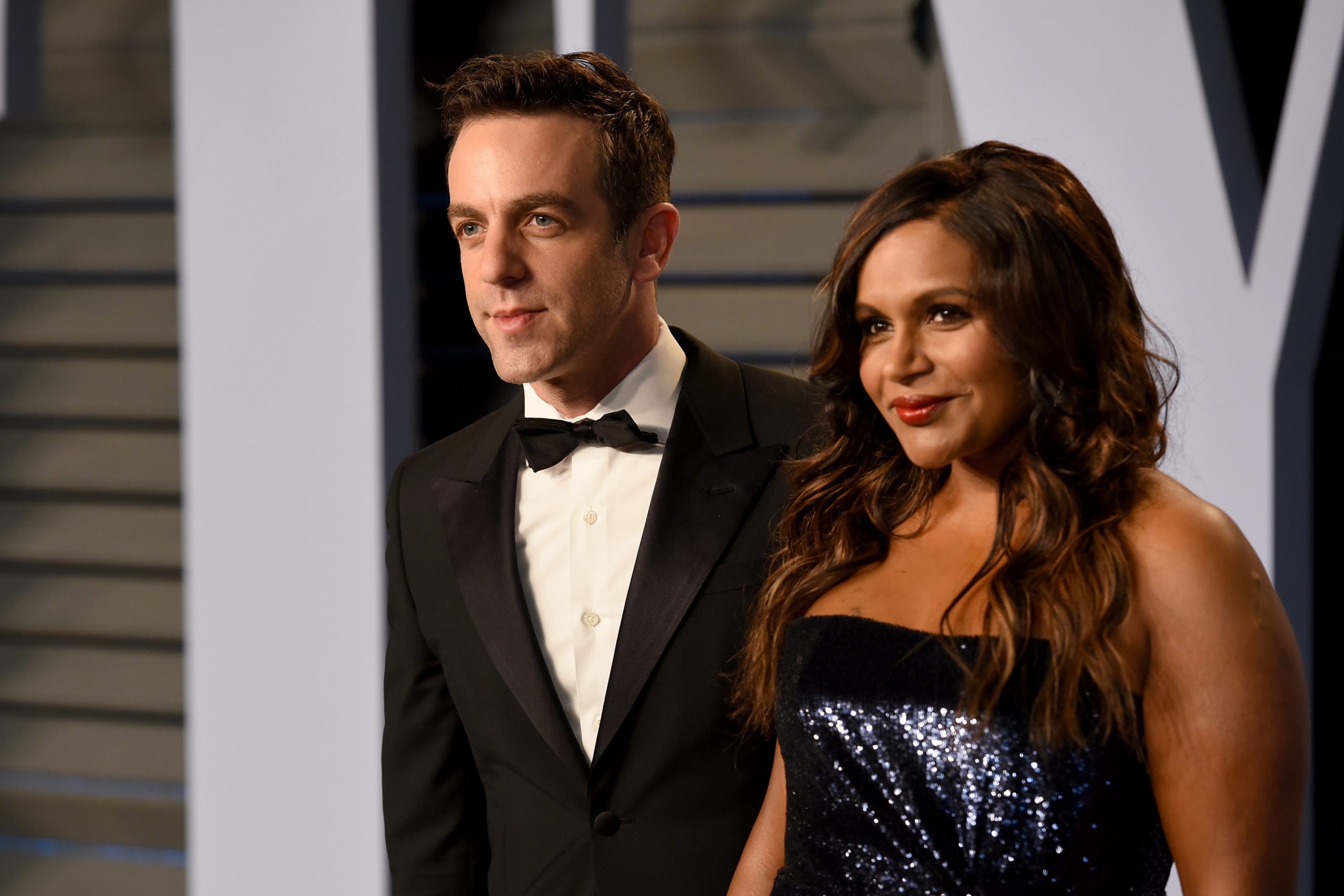 Kaling gave birth to her daughter, Katherine, in 2017. She did not disclose any paternity details but was very forthcoming about her pregnancy and life as a new mom. While she never posts pictures of Katherine’s face, Kaling does share adorable photos of her daughter on social media.

In October 2020, Kaling shocked fans when she appeared on Stephen Colbert’s show and revealed that she had given birth to her son, Spencer. The new mom said that she kept mum about the pregnancy because of the COVID-19 pandemic.

“No one saw me,” Kaling said. “There was so much going on and so much heartbreak in the world that it felt strange to go out of my way.”

Novak and Kaling have dated on-and-off for years. And although they have admittedly broken up, the two Office stars are still very close. Novak is the godfather of Kaling’s children, and he visits them weekly.

“You know, he said the funniest thing because he’s so attached to my older child, my daughter,” Kaling said of Novak on the Today show. “When I said, you know, ‘B.J., if something happens to me, it’s not like I have a husband like you have to just take the kids.’ And he’s like ‘Oh, my God, don’t tempt me.’”

Kaling also suggested that Novak is so attached to her daughter that he often jokes about suing for custody. “He said the funniest thing, he was like, ‘Can you sue for god-paternity rights?’” she added. “He just loves her so much.”

In a recent interview with Tory Burch, Kaling talked about her new life as a mom of two. She noted that her daughter is a Santa fan. And because she’s unable to take Katherine to see Santa at the mall during the pandemic, Novak is going to come over, dressed as Saint Nick.

“This year what I think we’re going to do is my daughter and I are going to make cookies and apple cider and we’re going to be in the kitchen,” Kaling said. “And then her godfather is B.J. Novak, and he is going to show up and go to our living room where the tree is in a Santa costume. Now, just so you know, we’re Hindu, and B.J. is Jewish, so this is, like, cultural appropriation on our part.”

Kaling went on to detail how the two planned to pull the Santa tradition off. And the Emmy-winning writers made sure to give Santa a backstory just in case Katherine asked.

Ellen DeGeneres Met Baby Archie During Visit with Meghan Markle and Reveals 'He Looks Like Harry!'

Lost in Space’s Mina Sundwall Wouldn’t Mind Being ‘Lost’ in These 5 Places!