Home » Celebrities » Madonna’s NYT profile is amazing: ‘We are a marginalized group, women’ 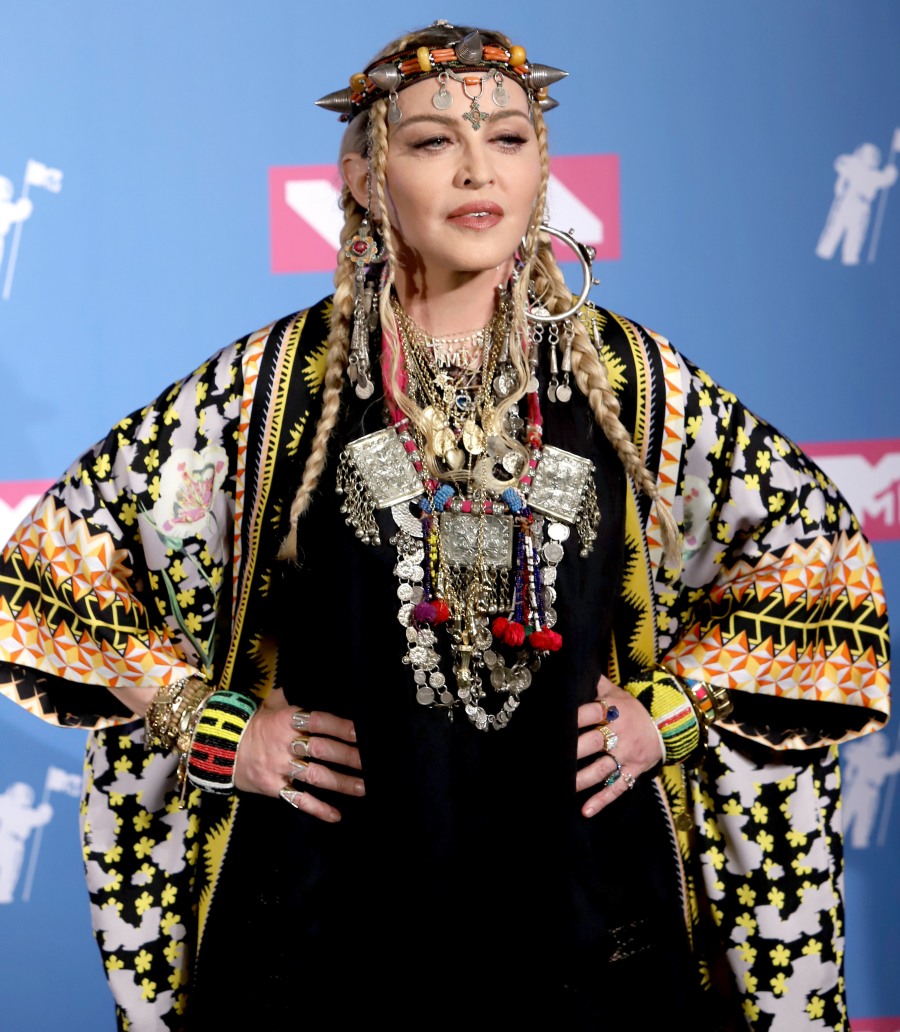 Madonna turned 60 years old last year. She turns 61 in a few months. I guess she didn’t have much to promote last August, so we’re getting some “Madonna at 60” articles now, because she has a new album (Madame X). I’ve read a lot of Madonna interviews over the years, and maybe three or four years ago, there was definitely a shift. Madonna was no longer a shock-artist, but what changed is that she didn’t seem to WANT to shock us anymore. Her interviews were, at times, surprisingly substantive, as she came to grips with ageing within the music industry and daring to still make art in her late 50s and all of that. The New York Times has a lengthy new article/interview with Madonna this week, and it’s best to just set some time aside to let the piece wash over you. It’s not a straight interview, and Madonna doesn’t always give straight answers. But it’s a good read. You can read the full piece here. Some highlights:

When songs from Rebel Heart leaked: “There are no words to describe how devastated I was. It took me a while to recover, and put such a bad taste in my mouth I wasn’t really interested in making music.” She added, “I felt raped.”

She’s lonely in Portugal: “It’s quite medieval and feels like a place where time stopped in a way, and it feels very closed…There’s a cool vibe there, but where I was living with my kids, I felt very cut off from a lot. It was FIFA and my kids’ school and that’s it. I’m fighting with the plumber…. I really wanted to make friends.”

What she hopes she represented in her early days: “A woman fearlessly expressing herself and saying, ‘I’m encouraging all of you to be independent, to speak your mind, to express your sexuality freely without shame, to not allow men to objectify you, to objectify yourself’ — I don’t know. All of those things seemed like the natural way of where we should be going. And strangely, a lot of feminists criticized me for it, and I got no support from that group. They thought, Well, you can’t use your sexuality to empower yourself as a female, which I think is rubbish, because that’s part of who I am and part of me as a female and a human being, my sexuality. That’s not the only thing, that wasn’t my only weapon and that wasn’t the only thing I was talking about.”

On Harvey Weinstein: “Harvey crossed lines and boundaries and was incredibly sexually flirtatious and forward with me when we were working together; he was married at the time, and I certainly wasn’t interested…I was aware that he did the same with a lot of other women that I knew in the business. And we were all, ‘Harvey gets to do that because he’s got so much power and he’s so successful and his movies do so well and everybody wants to work with him, so you have to put up with it.’ So that was it. So when it [his downfall] happened, I was really like, ‘Finally.’ I wasn’t cheering from the rafters because I’m never going to cheer for someone’s demise. I don’t think that’s good karma anyway. But it was good that somebody who had been abusing his power for so many years was called out and held accountable.”

Marriage didn’t agree with her: “I found myself as a wife, in both of my marriages, being as I think everybody is: You try to please another person, and sometimes you find you are not being who you really are. That’s the struggle, I suppose, of being in a marriage or a relationship, especially as a woman. We often think we have to play down our accomplishments or make ourselves smaller, so we don’t make other people feel intimidated or less than.”

On ageing: “Stop thinking, just live your life and don’t be influenced by society trying to make you feel some type of way about your age or what it is you’re supposed to be doing. We are a marginalized group, women. And just because it’s hard doesn’t mean you stop fighting against it or defying it or refusing to be pigeonholed or put in a box or labeled or told you can and can’t do things. What is the truth? Your truth when you’re 18 is not going to be your truth when you’re 28 or when you’re 38. Life is not black and white. It’s gray, and one minute you’re going to feel so strongly and believe in something so strongly, and then maybe you won’t in five years.”

[From The New York Times]

I found this article to be both overwrought, overwritten and yet… this is the most interesting I’ve found Madonna in a long time. Think of how bold it is to be where she is now and just like “marriage doesn’t agree with me” or “stop thinking about ageing and just live” and “objectify yourself, it’s empowering.” I used to think Madonna was a rebel without a cause, that there was nothing really behind her pop songs and ever-changing image. But the message was always there, wasn’t it? Just do whatever the f–k you want to do, just like any man would. Be a boss, be a sexual being, be a nutcase, be old, be tired and be an artist, all at once, just like a 60 year old man would be.