Riverdale started filming earlier this year following a hiatus due to the coronavirus pandemic. This meant season four was cut short as the remaining episodes in the run were unable to be filmed due to safety concerns. However, work on season five is taking place with the series confirmed to be airing new episodes from January 2021.

While fans wait for the show to return, some have been following American actress Madelaine Petsch, who regularly blogs about her life and exploits from the set of Riverdale.

Back in September, she shared a video on her YouTube channel featuring details from her first two days filming.

Petsch revealed in the video how she was again putting on the mantle of Cheryl Blossom after a six-month break. 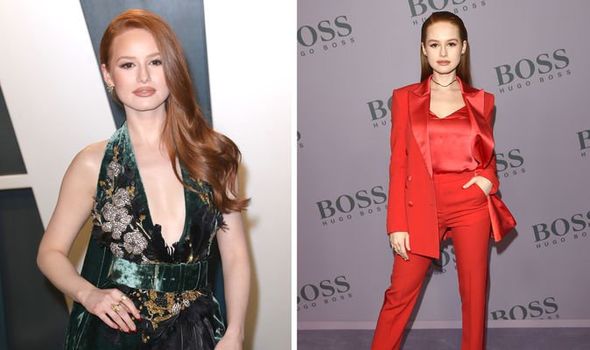 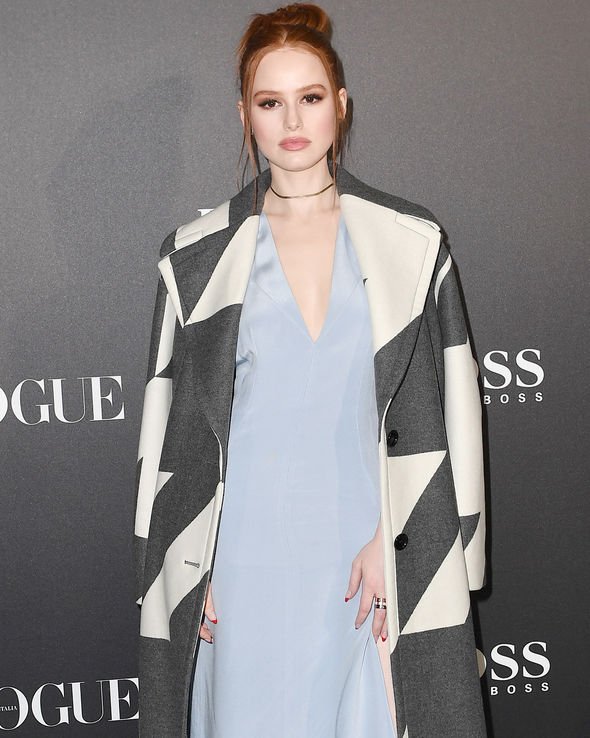 The video also saw the actress reunited with her co-star Vanessa Morgan, who plays her onscreen girlfriend Toni Topaz.

In the video, Petsch joked how Morgan was her “baby child” because of the height difference between the two young women.

However, Morgan did point out Cheryl was often wearing heels which added to her height. 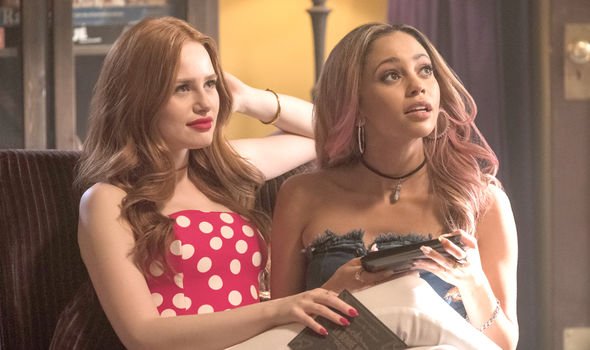 She also joked in the video as she introduced her co-star Morgan: “I know this is all you care about so I have a very special surprise for you – that’s all I care about too.”

Petsch went on to add: “I’ve seen her in almost a year, so this is like a crazy time. Still tinier than ever.”

Along with her reunion with Morgan, Petsch was seen in numerous costumes during the shoot but she didn’t give anything away.

But she did reveal one of the first scenes she shot was a spoiler but wouldn’t be drawn. 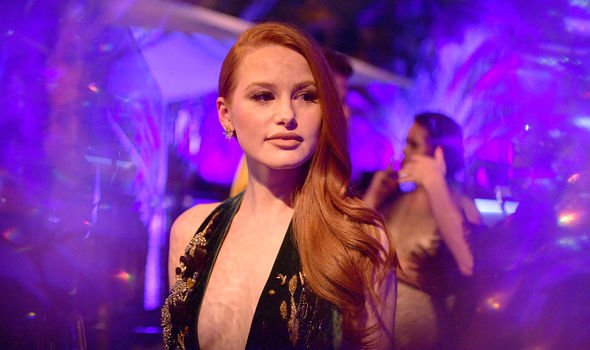 She also shared some footage of herself in a sparkly red ensemble, which was Cheryl’s prom outfit.

Petsch said: “Today’s look: 26-year-olds going to prom” and panned across to show Morgan in her outfit for the final formal dance at Riverdale High.

She said: “Boy oh boy, I’m quite happy to be back though. I really was getting a little bored. I love being 18 and so much fun!”

The pair were later seen goofing around with Petsch lying on Morgan’s pregnancy pillow.

Perhaps one of the most intriguing moments in the video was Petsch donning a cap, which suggested her character was going to wear a wig as she transformed for a new look.

Again, Petsch kept things under wraps without giving anything away about the storyline.

What fans do know about season five is there will be a time-jump, picking up with the teens with them five years later and returning to their hometown.

However, the first part of season five will see the remaining episodes from the fourth outing playing out including explosive scenes at the prom.

Countdown will be filmed without a live studio audience