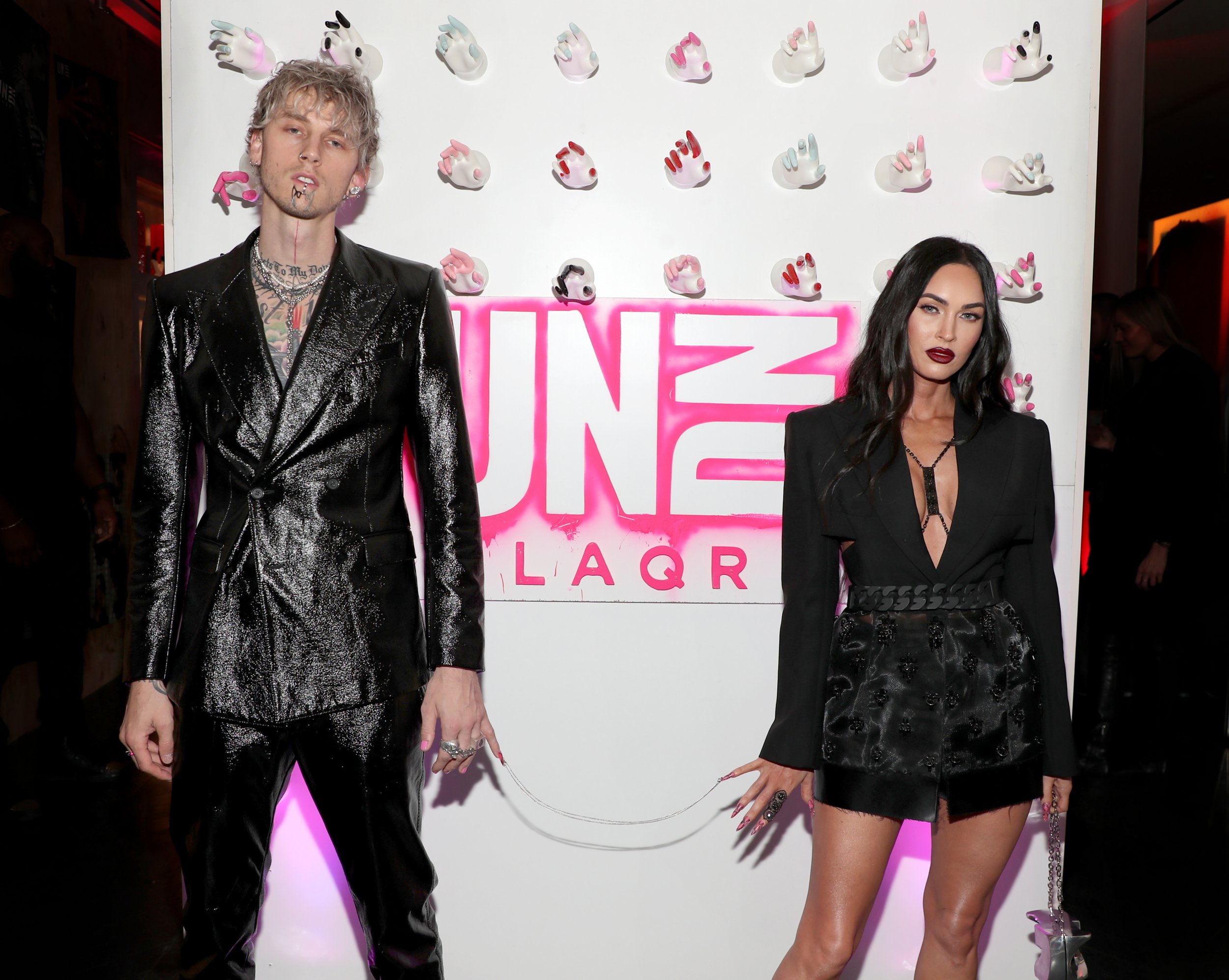 Machine Gun Kelly and girlfriend Megan Fox put a new spin on being ‘chained at the hip’ as they attended the launch of the musician’s nail polish line, linked by their manicures.

The Bad Things star, 31, and Jennifer’s Body actress, 35, were literally inseparable as they hit up the red carpet at the UN/DN LAQR party, in West Hollywood.

Showing that their bond is as strong as ever, they were tied together by a chain hanging from both of their little fingers.

We can’t quite see this trend catching on…

Megan donned a black blazer dress for the bash, with a shiny sheer sheet hanging from a chain belt.

She completed the look with strappy black heels and a metallic bag.

MGK clearly got the memo and also opted for a shiny black suit for the night, with black shoes and a unique fanged lip cuff.

The couple were joined by famous pals at the star-studded launch, as Avril Lavigne rocked up to celebrate – and took a moment to decorate some artwork with her pal’s new collection.

She covered up with black underwear, finishing off the look with platform heels.

MGK’s launch comes after he opened up about his relationship with girlfriend Megan – and the painful way in which he tried to impress her.

The pair started dating last year after meeting on the set of their film, Midnight In The Switchgrass, confirming their romance in June.

During an appearance on the Tonight Show on Wednesday, the Dirt actor lifted the lid on the beginning of their relationship, and recalled the moment he hurt himself while trying to pull off a stunt with a knife.

‘Travis got me this knife that had an engravement from the new album on it,’ he told host Jimmy Fallon. ‘I was like, “Check this out, this is sick,” and I threw it up and it came and stuck in my hand.’

He managed to play it cool in front of the Hollywood star, but changed his tune when she left.

‘The next morning as soon as she left, I was like, “Yo, I need stitches real quick,”’ he added, while showing off the scar he still has on his hand.

Maybe go with flowers next time?

Gwyneth Paltrow goes glam at Baby2Baby Gala, despite being ‘so ill’ ahead of the event