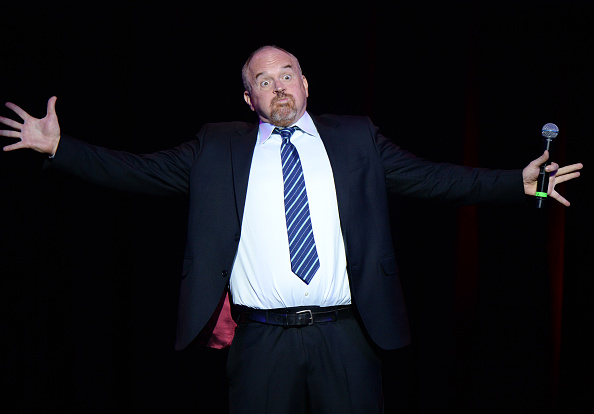 The Grammys have provoked backlash after Louis CK and Marilyn Manson were announced amongst the nominees.

Tweets about ‘cancel culture’ have flooded social media as people reacted to the news that CK has received a nomination in the best comedy album category for his album Sincerely Louis CK.

The 54-year-old will go up against Lavell Crawford, Chelsea Handler, Lewis Black, Nate Bargatze and Kevin Hart in the category with his stand-up show which was filmed at Washington DC’s Warner Theatre and released on April 4 2020.

The show was the first to be released since the sexual misconduct scandal, and CK joked about the incident in his set.

The decision to nominated CK for a Grammy didn’t sit well with some, who said the nomination proved cancel culture wasn’t real.

Two of the women said that CK stripped naked and masturbated in front of them after inviting them to his hotel room, while another said that the comedian masturbated on the phone after she called him to invite him to one of her shows.

CK said: ‘These stories are true. At the time, I said to myself that what I did was okay because I never showed a woman my d*** without asking first, which is also true. But what I learned later in life, too late, is that when you have power over another person, asking them to look at your d*** isn’t a question. It’s a predicament for them. The power I had over these women is that they admired me. And I wielded that power irresponsibly.’

While his film I Love You, Daddy was pulled from distribution prior to his release and his touring was halted, CK returned to stand-up a year later and released Sincerely Louis CK on his website in 2020.

In the show, he said: ‘I like jerking off, I don’t like being alone, that’s all I can tell you.

‘I get lonely, it’s just sad. I like company. I like to share. I’m good at it, too. If you’re good at juggling, you wouldn’t do it alone in the dark. You’d gather folks and amaze them.’

He then seemed to educate his audience on the rules of consent, adding: ‘If you want to do it with someone else, you need to ask first. But if they say yes, you still don’t get to go “Woo!” and charge ahead.

‘You need to check in often, I guess that’s what I’d say. It’s not always clear how people feel,’ he adds in a separate joke about consent.

‘Men are taught to make sure the woman is okay. The thing is, women know how to seem okay when they’re not okay.’

Later in the show, he made the comparison between sexual assault and slavery, saying: ‘It’s kind of like a Negro spiritual.

‘It’s sort of similar. So to assume that she likes it is like if they heard slaves singing in the field and you’re like, “Hey, they’re having a good time out there”.’

Marilyn Manson, who faces allegations of sexual assault, is also nominated for album of the year for his part in Kanye West’s record Donda.

The rocker has denied the allegations against him.

Dave Chappelle, who has talked about being ‘cancelled’ for his jokes about the transgender community, has also been nominated for a Grammy, with his and Amir Sulaiman’s recording 8:46 nominated for best spoken word album.

Record of the year

Album of the year

Song of the year

Producer of the year, non-classical

Lorne Michaels was irate at John Belushi’s drug use on ‘SNL’: ‘I was between rage and very little sympathy’

‘Survivor’ Contestant Accused Of ‘Inappropriate Touching’ — Part Of The Game Or