Eamonn Holmes gets kissed by his dog in cute moment

Presenter of self-titled talk show Lorraine Kelly, 61, sent well-wishes to ITV colleague Eamonn Holmes, 61, on social media today after hearing of his “tough time”, which saw him discuss his “chronic pain” in a tweet to his one million fans. The former This Morning presenter spoke candidly about his health battle, after he underwent a double hip operation five years ago.

Husband of TV host Ruth Langsford, 70, rushed to get treatment for his chronic pain this morning, after struggling with the condition throughout the night.

The journalist shared a selfie while he rested on the physio table on Twitter, while giving fans an update on his health. 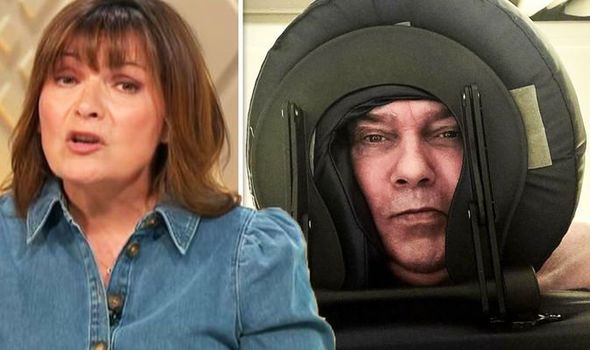 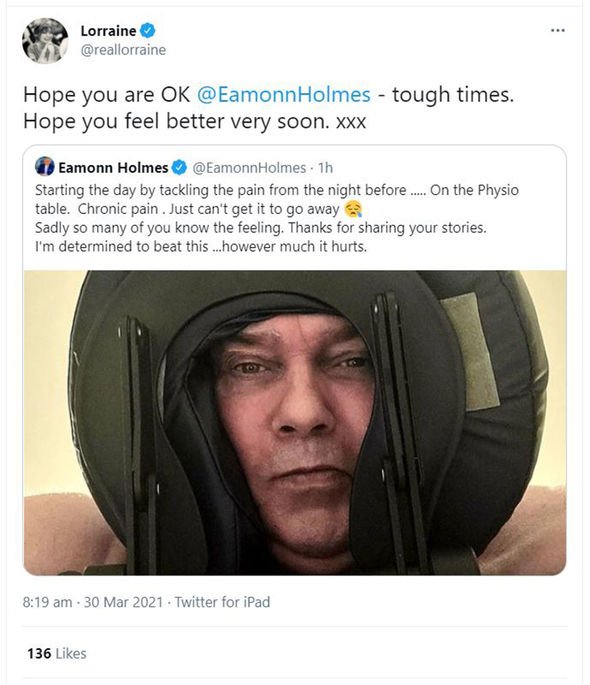 Eamonn tweeted: “Starting the day by tackling the pain from the night before… On the Physio table.

“Chronic pain. Just can’t get it to go away [crying emoji].”

Eamonn went on to thank fans, who were also suffering with the condition, for sharing their experiences with him.

He added: “Sadly so many of you know the feeling. Thanks for sharing your stories. I’m determined to beat this however much it hurts.” 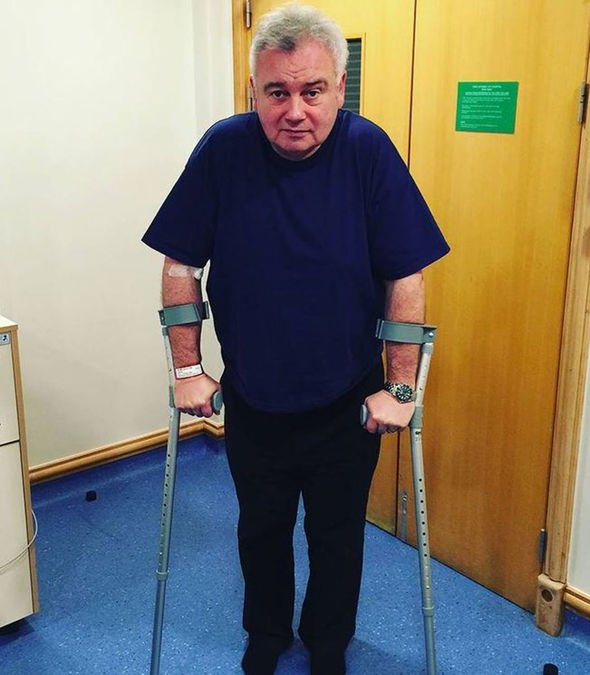 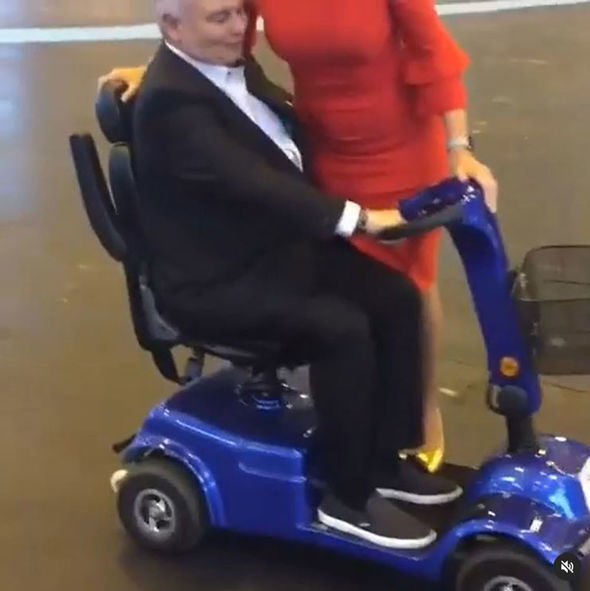 It comes after the ITV host underwent a double hip operation in 2016, after battling debilitating pain for 25 years.

He tweeted: “In that Twilight Zone between Nighttime and Morning.

“Anyone else find these hours the worst…. particularly if you suffer Chronic pain?”

While another added: “Hope you feel better soon x.”

Eamonn previously opened up about his hip operation, as he credited his other half for her support.

After the successful operation, the presenter recalled waking up thinking his wife, Ruth, was an angel.

Eamonn was forced to take 10 weeks off to recover from the surgery.

The star was told he would need the double hip replacement when he was 36 years old, but he put it on hold to focus on his career.

He finally gave in after 25 years of hip, leg, and back pain, which led him to secretly sit on an inflatable disc when presenting.