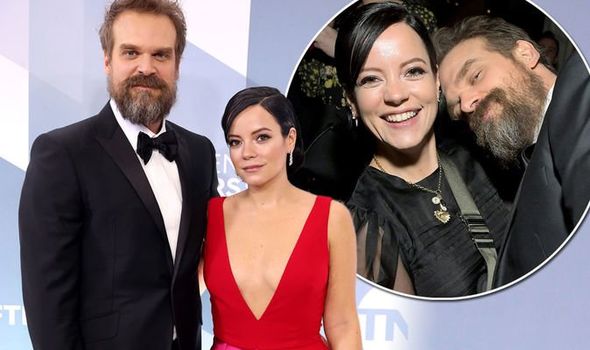 Lily Allen, 34, was pictured in a cosy embrace with her boyfriend David Harbour, 44, on Sunday night.

The pair were snapped at a Netflix bash in California which followed the star-studded Screen Actors Guild 2020 award ceremony earlier in the evening.

The singer swapped her colourful red carpet gown for a stylish sheer black number for the Hollywood event.

Lily looked to be in good spirits as she partied with her boyfriend at the famous Sunset Tower hotel.

She wore a black Simone Rocha dress for the bash, complete with stylish puffball sleeves in a see-through material.

David, who plays Jim Hopper in popular Netflix show Stranger Things, could be seen leaning his head on the shoulders of the What You Waiting For? songstress.

She took to social media ahead of the party, to share a picture of her outfit with her 1.2 million Instagram followers.

She also posted pictures of her red carpet appearance with David. 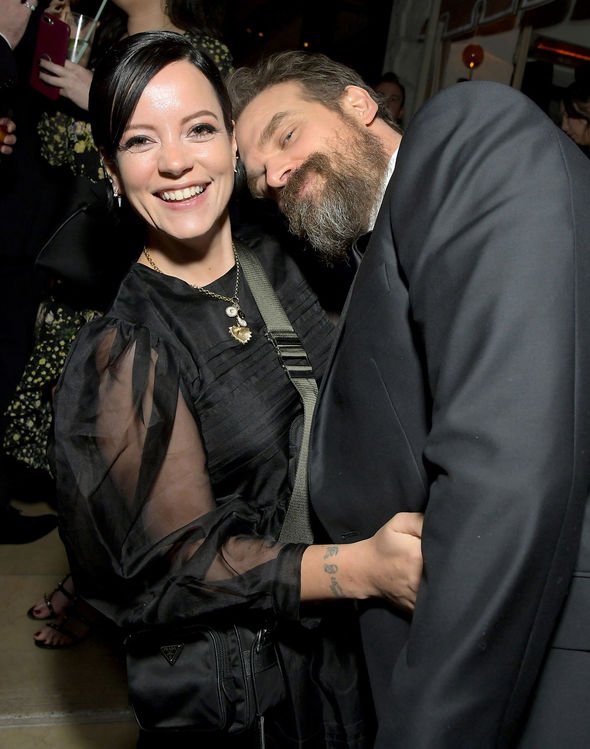 Earlier in the evening, Lily wowed in a stunning red dress with a contrasting pink skirt when she posed for pictures alongside her beau at the prestigious award ceremony.

The eye-catching gown, from fashion designers Azzi & Osta, featured a very plunging neckline which drew attention to her cleavage.

Wearing her short dark hair in a sleek style, the singer teamed her glamorous look with sparking earrings and a coordinating bracelet.

She enhanced her pretty features with complimentary make-up in pink hues.

Her actor boyfriend looked dapper in a classic black tuxedo and a bow tie. 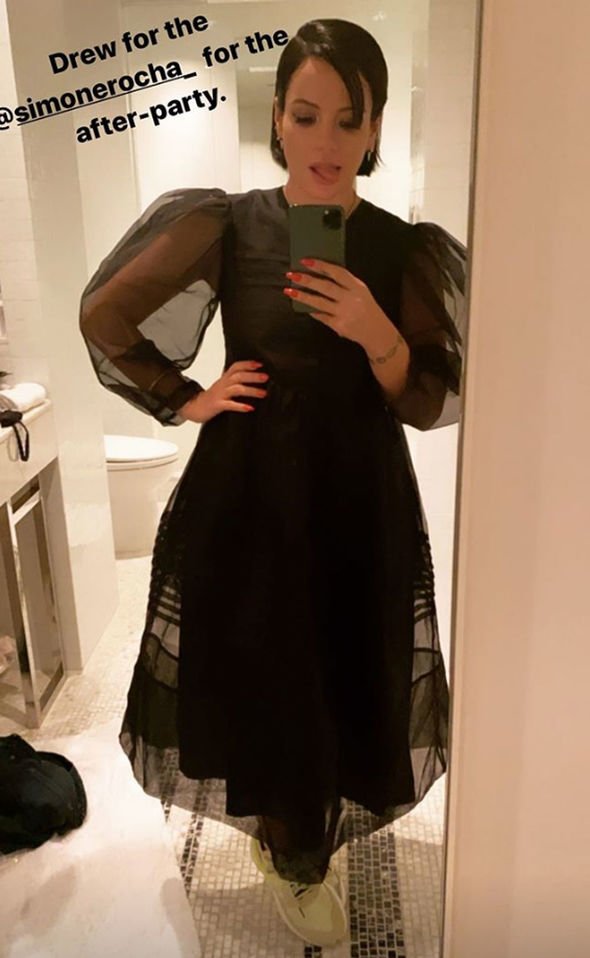 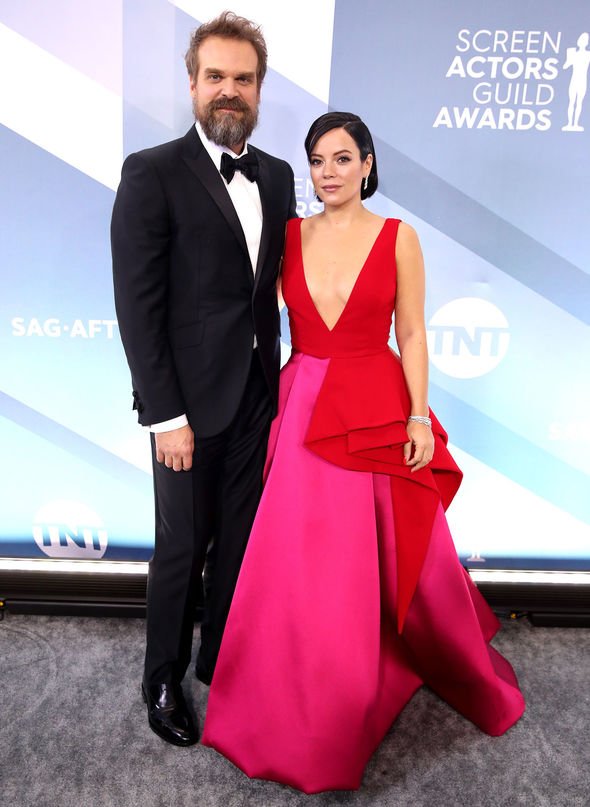 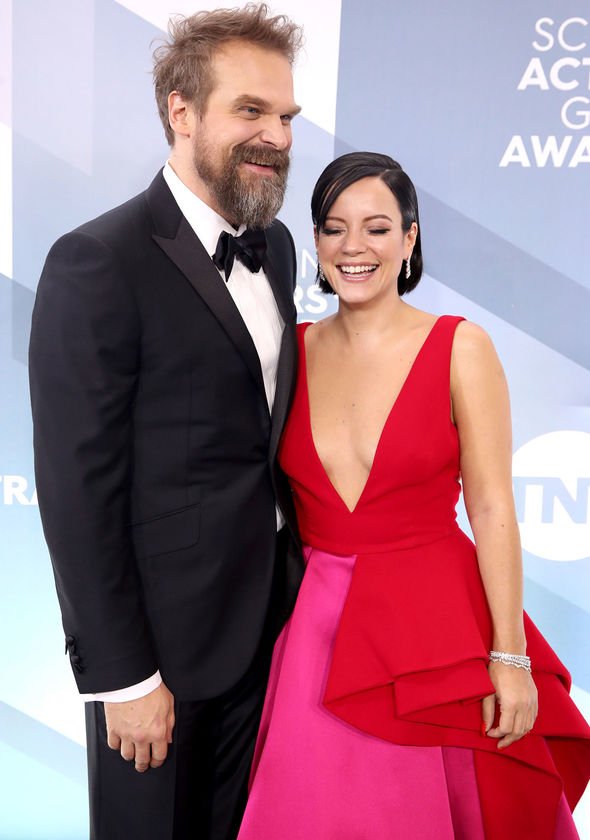 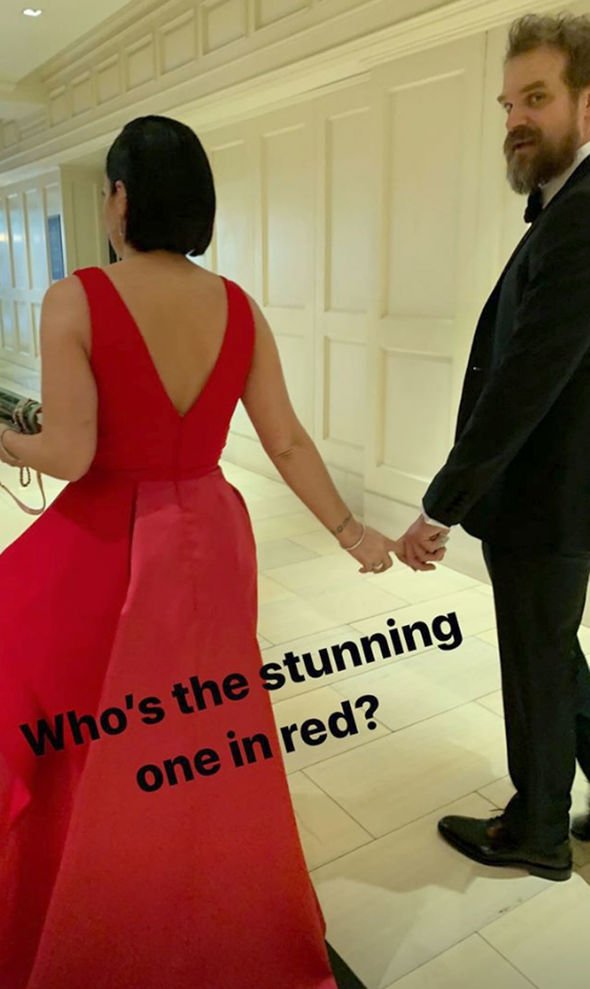 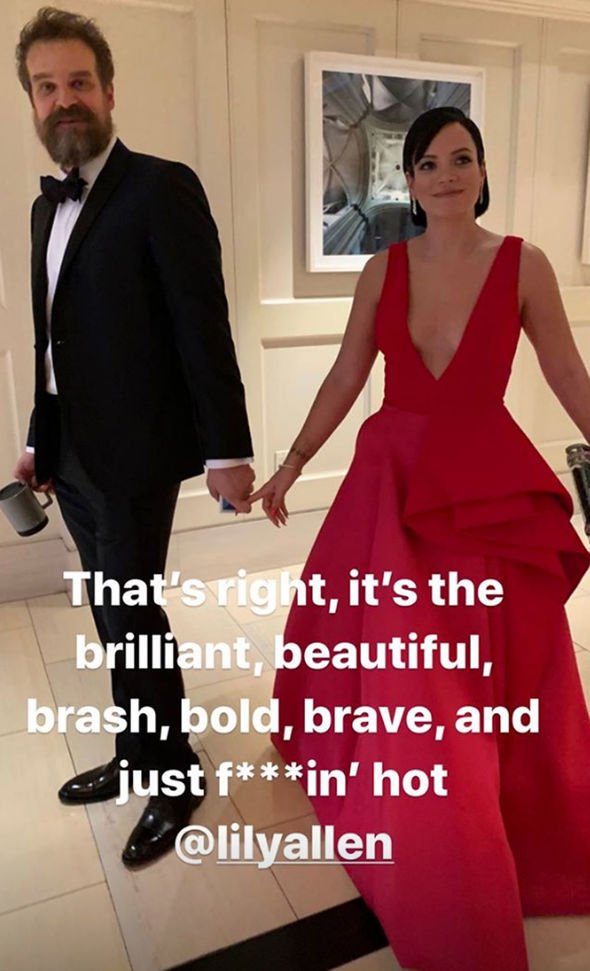 One picture, which showed the couple with their backs to the camera, was captioned: “Who’s the stunning one in red?”

John Boyega SLAMS Disney For Sidelining His Star Wars Character & Giving 'All The Nuance' To His White Co-Stars!

Mary-Kate Olsen and Olivier Sarkozy: The Way They Were