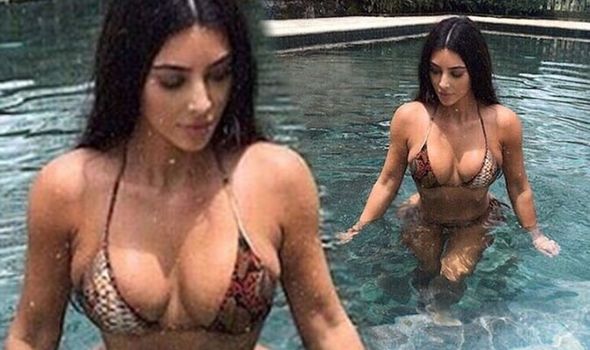 The brunette bombshell shared a sexy snap with her 141 million Instagram followers after enjoying a dip in a private swimming pool.

The curvy star showcased her famous figure in a tiny two-piece as she emerged from the crystal clear waters in the sunshine.

As Kim made her way up the stairs, she appeared to have long locks tumbling down her back, however yesterday she was sporting a much shorter hairstyle when she was pictured at an event in New York.

Kim, who is married to rapper Kanye West, 42, and lives in sunny California with her husband and four children, captioned her summery snap with a single emoji – aptly, the sunshine one.

The mother-of-four, who posted an adorable picture of the newest addition to the family Psalm Ye earlier in the week, let the image do all the talking.

Her toned physique and cleavage took centre stage in the skimpy snakeskin two-piece.

Several users took to the comments section to express thoughts on the racy snap.

One wrote: “Gorgeus” followed by the raised hands emoji.

While another added: “Sizzling beauty” with four heart emojis.

And a third simply said: “Stunning as always.” 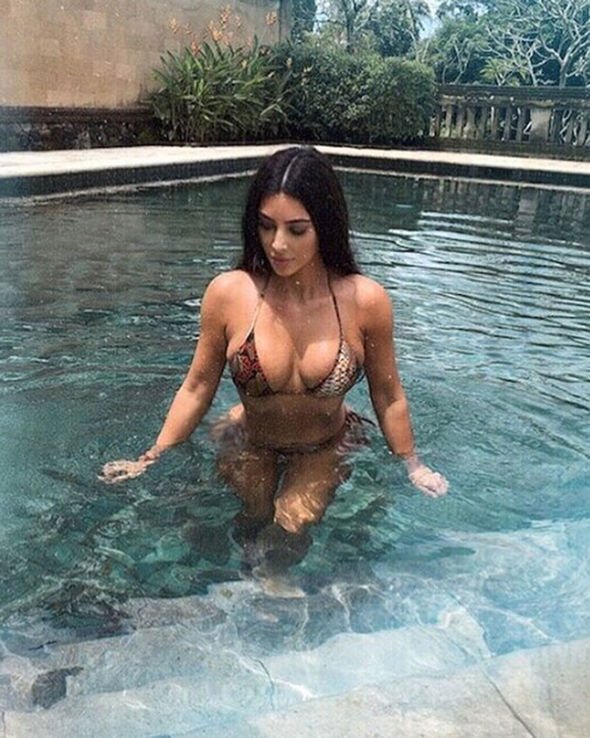 One-month-old Psalm, who was born via a surrogate mother on May 9, joins the couple’s older children North, five, Saint, three, and Chicago, one.

The picture posted on social media two days ago showed the tiny tot fast asleep with his arms by his head in a crisp white baby grow. 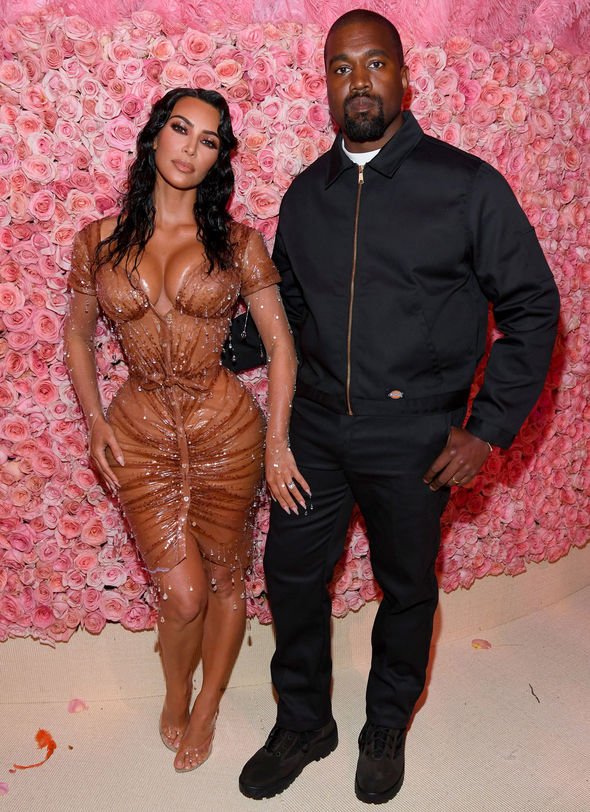 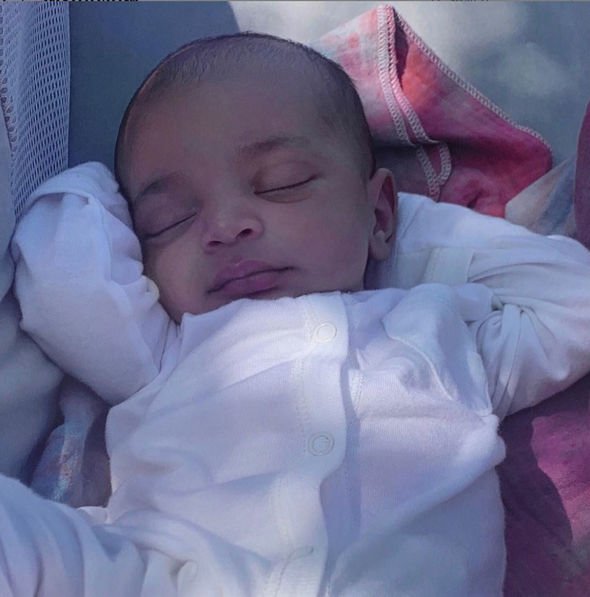