Kim Kardashian West is becoming a regular at the White House these days. The entrepreneur and reality star was spotted in Washington D.C., but this time she brought some family along. Her grandmother MJ and eldest daughter North West were by her side walking into 1600 Pennsylvania Avenue. According to TMZ, the trio were gearing up for an official White House tour, a surprise for her maternal grandma’s 85th birthday today.

Happy 85th Birthday to my hero, my grandma MJ! I am so grateful that you have been such a strong force in my life and always there to guide me and give me the best advice. Spending this last week with you has been a dream come true traveling and showing you a little bit of my work and just spending some quality time with you. I will cherish this forever! I love you so much!!!

She paid tribute to her grandmother on Instagram this morning.

As usual, Kardashian West kept it business-like for the White House visit, but this time she added some glam touches. She wore a camel suit with a tight gold metallic bodysuit underneath and matching metallic accessories. 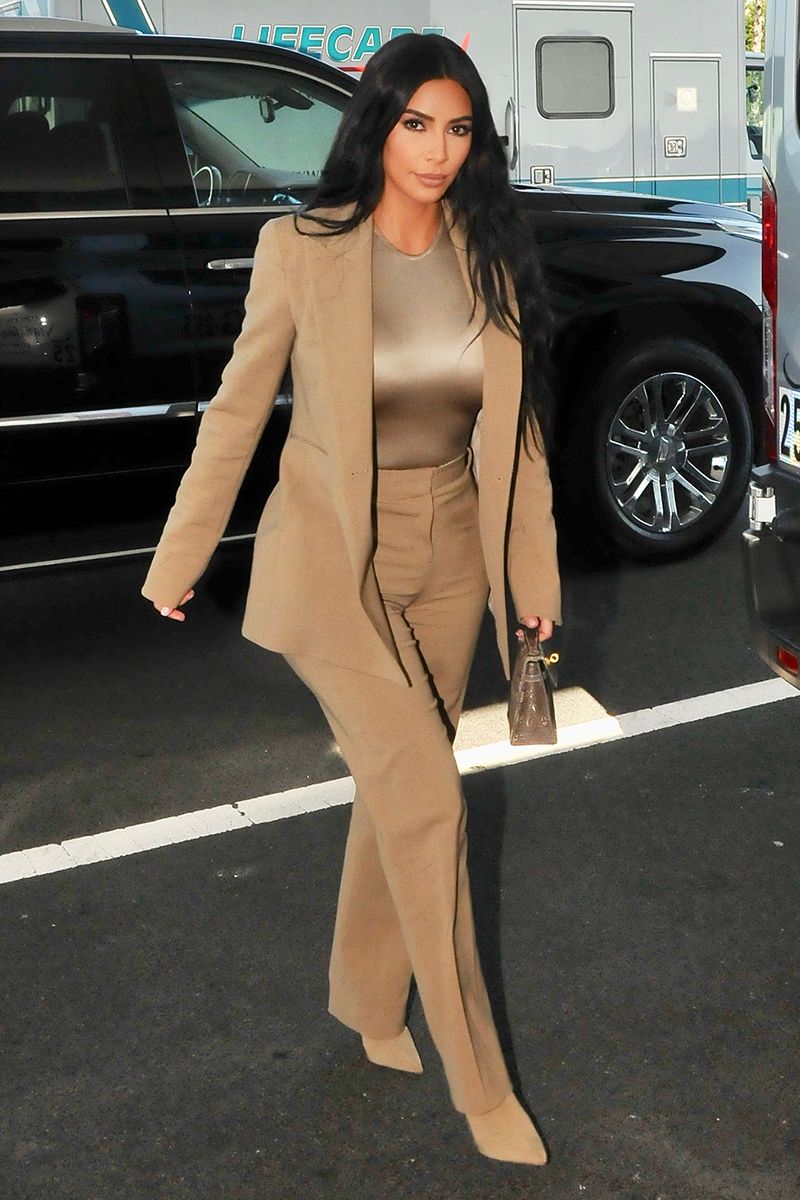 Kardashian West is still crusading for prison reform and is said to have been visiting jails around the capital and Maryland area this past week. The reality star spoke before the Georgetown Prison Scholars Program who shared photos and videos from her visit on Twitter, calling her a “true justice warrior.” Kardahian West is also said to be filming a documentary for Oxygen about prison reform, titled, Kim Kardashian: The Justice Project.

‘WWHL’: Amy Schumer & Andy Cohen’s BFF Babies Wave At Each Other In Cutest TV Moment Ever