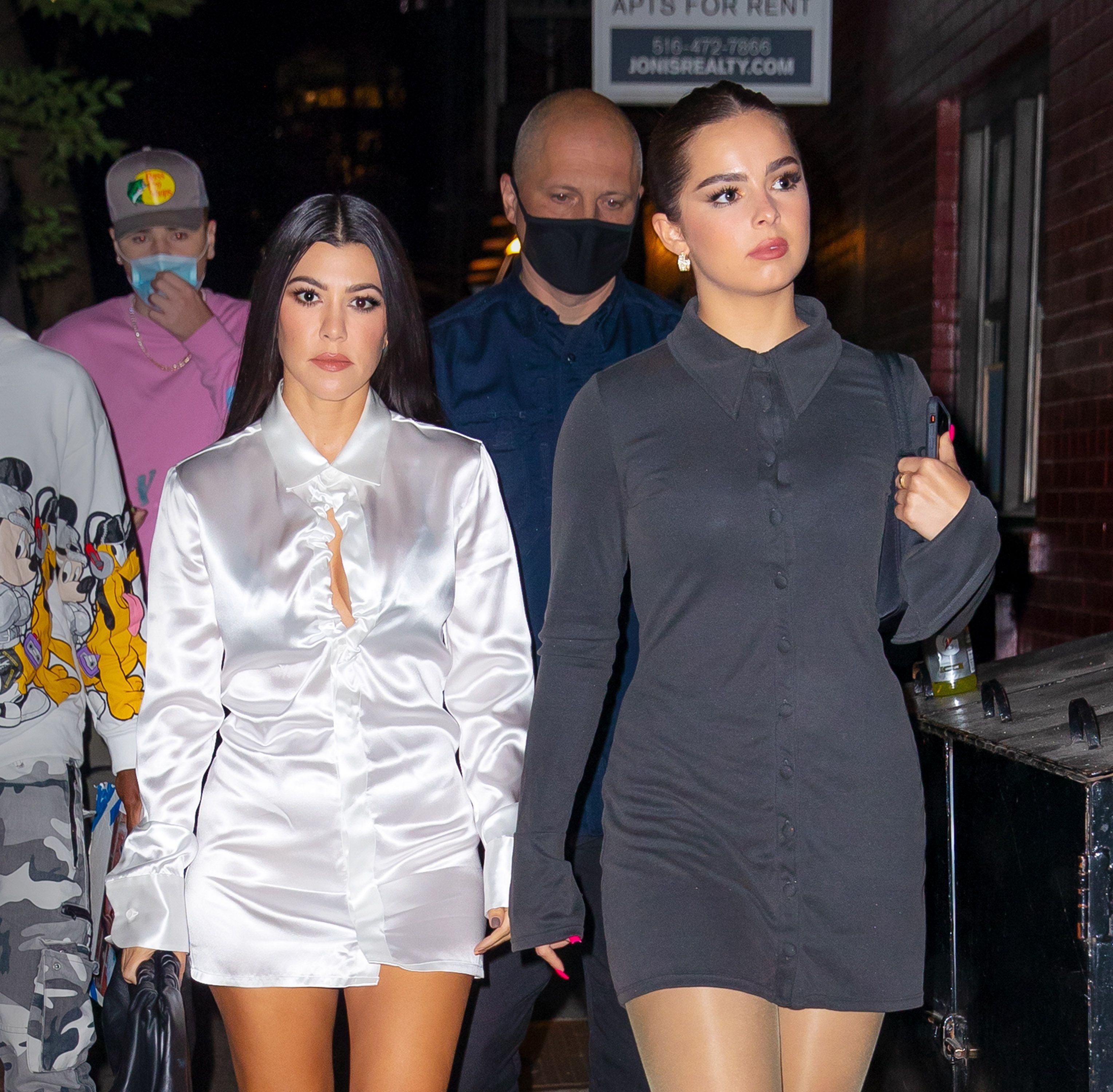 Seeing as they have a 21-year age gap between them, I’m not surprised that Kim Kardashian questioned Addison Rae and Kourtney Kardashian’s relationship during the April 8 episode of Keeping Up With the Kardashians. But instead of asking the 20-year-old TikTok star why she and Kourtney like hanging out together, the KKW Beauty founder asked Addison if she’s secretly "hooking up" with her sister. Um, what?

The "interrogation" went down during a hangout sesh with Kim, Kris Jenner, Kendall Jenner, Khloé Kardashian, and Kourtney’s ex Scott Disick, which was purposely arranged without Kourt present. However, when asked about their relationship, Addison laughed off the speculation, insisting she and the mom of three are just close friends.

Kourtney and Addison’s friendship began back in March 2020, when Addison gave Kourtney’s son Mason TikTok lessons. She and Mason’s mom must have hit it off, because by June, the two appeared to be hanging out almost daily. "Kourtney and I just happen to have a great friendship, which is really fun," Addison told Entertainment Tonight in September 2020. "She’s been a great person to have in my life." Not long after, the TikToker turned 20, and Kourtney posted an Instagram in honor of Addison’s birthday, which included a… very interesting video of the two.

However, it really does seem as though Addison and Kourtney are simply friends and — following her recent reported split from Bryce Hall — it appears Addison is currently single. During an April 8 episode of SiriusXM Hits 1’s The Morning Mash Up, Addison said she’s looking to focus on herself for the moment, seemingly confirming her single status.

"I think my entire life I’ve kind of always looked up to love," she explained. "I’m a hopeless romantic, if you will. But I do know that maybe now’s my time to be hopelessly in love with myself and that’s kind of what I’ve been trying to do, which has been an interesting thing." She also noted that "a past relationship has even inspired some of [her] music," likely alluding to her new debut single, "Obsessed."

https://www.instagram.com/p/CESTF_Hl2hp” data-shortcode=”CESTF_Hl2hp” data-instgrm-captioned>It doesn’t look like Addison is looking to date anyone right now, but here’s hoping she can lean on Kourt following her maybe-breakup with Bryce.