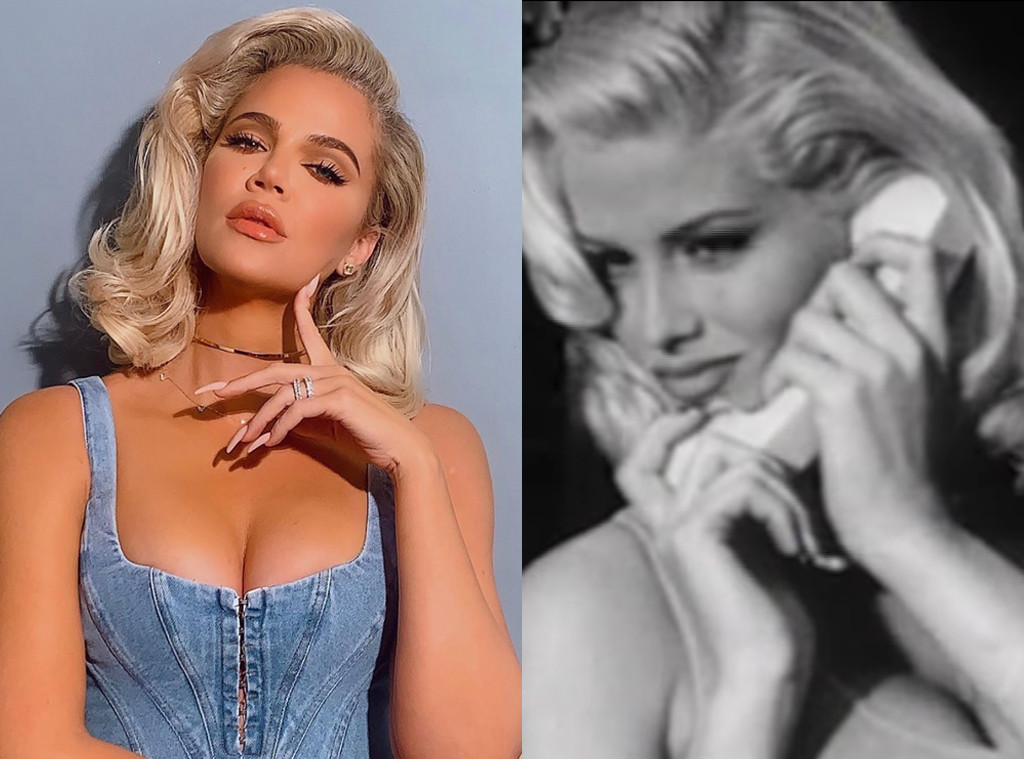 The 35-year-old Keeping Up With the Kardashians star recreated one of Smith’s iconic Guess jeans ads from 1992. Khloe sports a denim corset and shoulder-length blonde hair teased and side-swept, Old Hollywood style.

However, Khloe did not respond to him on Instagram.

“Perfection [fire emoji][red heart emoji],” commented her sister Kylie Jenner.”Twins!!!!!!” Kim Kardashian chimed in. “Omg she’s my fave and so are you!!!”

Then a new Playboy Playmate, Smith had replaced supermodel Claudia Schiffer in the Guess print and TV campaign, which launched her modeling career. Last year, the company released a new line of hoodies and T-shirts featuring images of Smith in the 1992 campaign.

Anna Nicole, who starred on E!’s The Anna Nicole Show, died at age 39 in 2007 from an accidental prescription drug overdose.

She is survived by her daughter Dannielynn Birkhead. The now-13-year-old lives with her father and the model’s ex, Larry Birkhead.

Watch Keeping Up With the Kardashians on Sundays at 9/8c only on E!