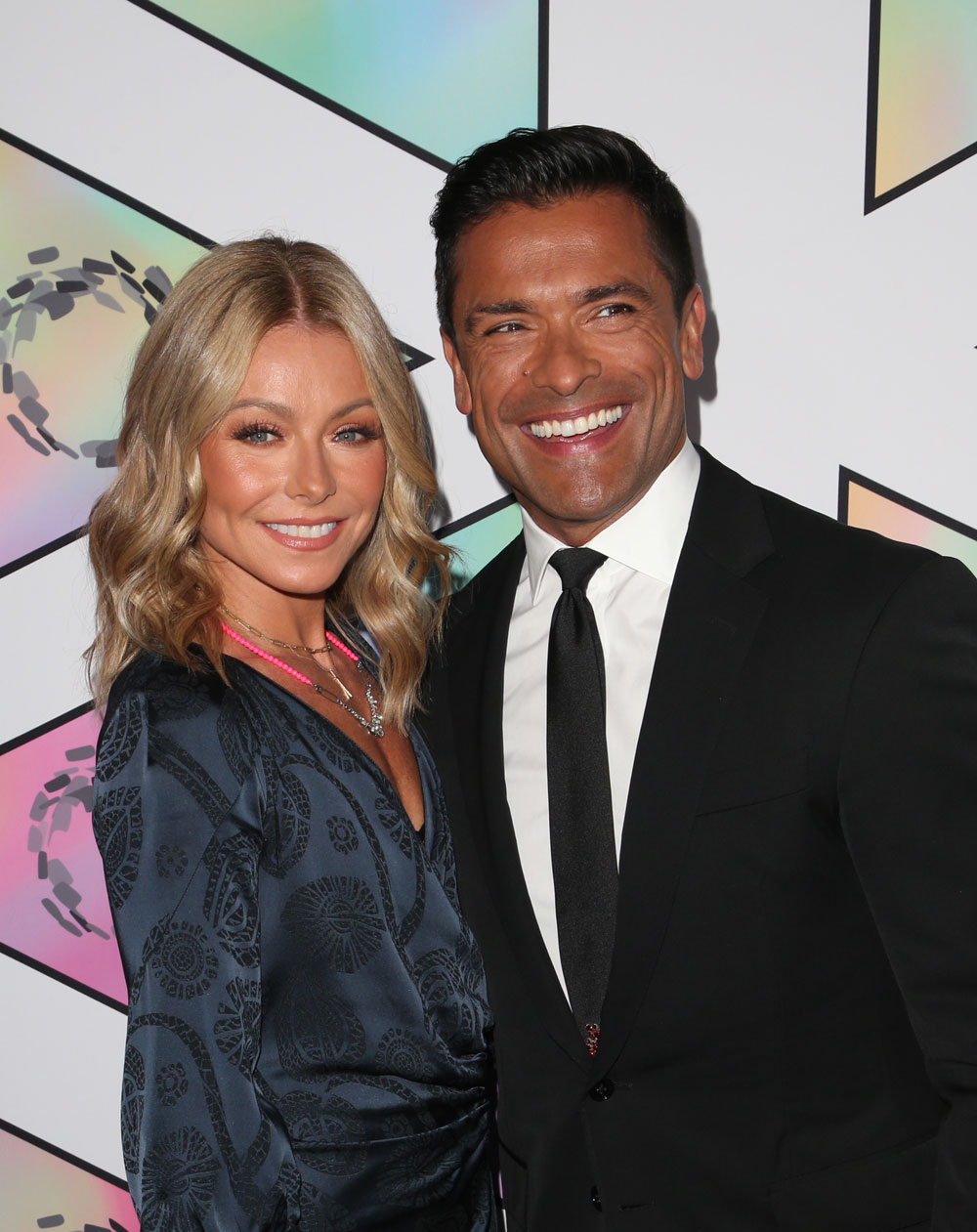 Kelly Ripa has a way of multiplying her daughter’s embarrassment by talking about it. A couple of years ago, she told the story on her show of how her daughter, then 16, asked her to delete an Instagram photo of her as a child. That’s her teen daughter’s prerogative and is completely understandable. It’s also something Kelly made so much worse by showing the photo on television. Something similar happened recently. Kelly and her husband, Mark Consuelos, told the story of how their daughter, Lola, opened the door on their bedroom when they were getting busy. It was Father’s Day and also just happened to be Lola’s 18th birthday. Lola was of course embarrassed and she yelled that her parents ruined her birthday. Mark and Kelly told this story on Live With Kelly and Ryan.

“We started her day off pretty bad yesterday,” dad Mark Consuelos admitted on Monday’s “Live with Kelly and Ryan.”

“She knocked on our door, our bedroom door,” he added, with a face cluing the audience in that his daughter had interrupted an intimate moment. Kelly Ripa, however, disputed that there had been any knocking.

“Well, she opened the door, is what happened, and… it was late morning, and it was Father’s Day,” Consuelos said smiling, as his wife shook her head.

“I’m gonna be honest,” she said. “I was not in the mood. There was a house full of people.”

“You weren’t in the mood, I could tell,” her husband observed. “You were going through the motions.”

“I had my in-laws in the kitchen. I know they were hungry,” she reasoned. “I know there’s, like, a house full of people. Anytime there’s other people in the house, I’m not really… relaxed, and he was like, ‘But, it’s Father’s Day.’ ”

“She shuts the door and you hear, ‘You just ruined my birthday! And my life! And I used to see in color, and now everything is gray,’” Ripa recalled.

Then, at what the talk show host described as an “awkward brunch,” Ripa said, “We’re eating, we’re like, ‘This is delicious, that’s delicious,’ and (Lola’s) like this, she goes, ‘You’re disgusting.’ ”

It was inventive of Lola to say that everything was gray afterwards, like her life was forever robbed of joy. These two remind me of Kristen Bell and Dax Shepard, except they’re not trying to shield their kids’ identities. Their kids annoy them and they’ll tell us about it. I get that’s it’s ridiculous dealing with teenagers. They’re self absorbed and entitled and don’t think it’s cool for anyone over 20 to have sex. Kelly and Mark are surely making it so much worse by telling this story, but I get it. Lola was out of line and it was funny. I just wonder how she’s taking this now that it’s public.

Here’s the video of them telling this story:

It only took 20 hours, but we finally got two approved prom photos. #prom 2019 💚💚 love you @tar3kfahmy and @theyoungestyung

It only took 20 hours, but we finally got two approved prom photos. #prom 2019 💚💚 love you @tar3kfahmy and @theyoungestyung 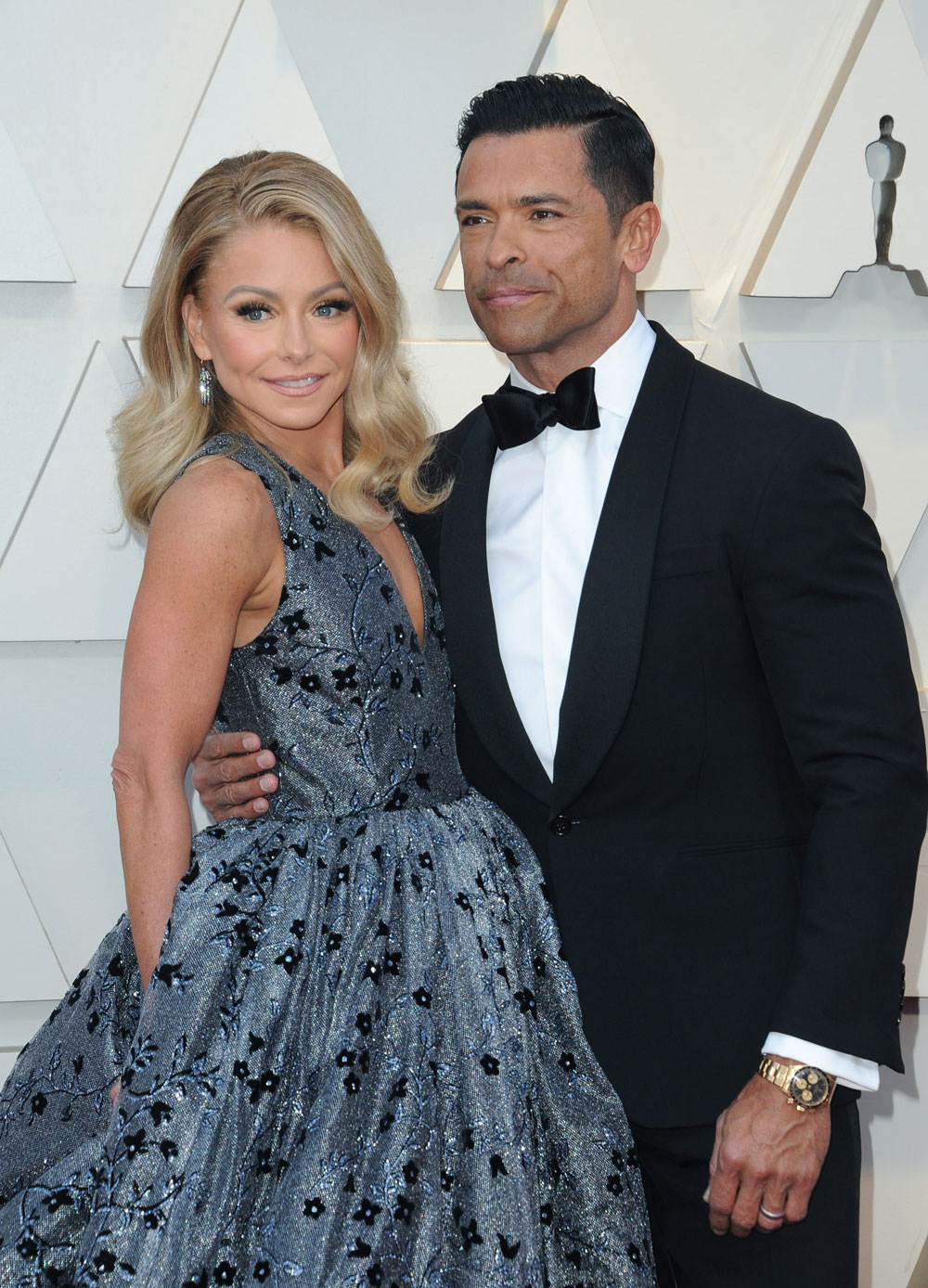