Katie Holmes appears be getting close to someone new. Here’s what you need to know about Holmes’s rumored relationship with chef, Emilio Vitolo.

Katie has met his parents.

Following several public outings in New York City, Holmes was photographed having lunch with her rumored new boyfriend and his dad, Emilio Vitolo Sr., at the family restaurant, Emilio’s Ballato. 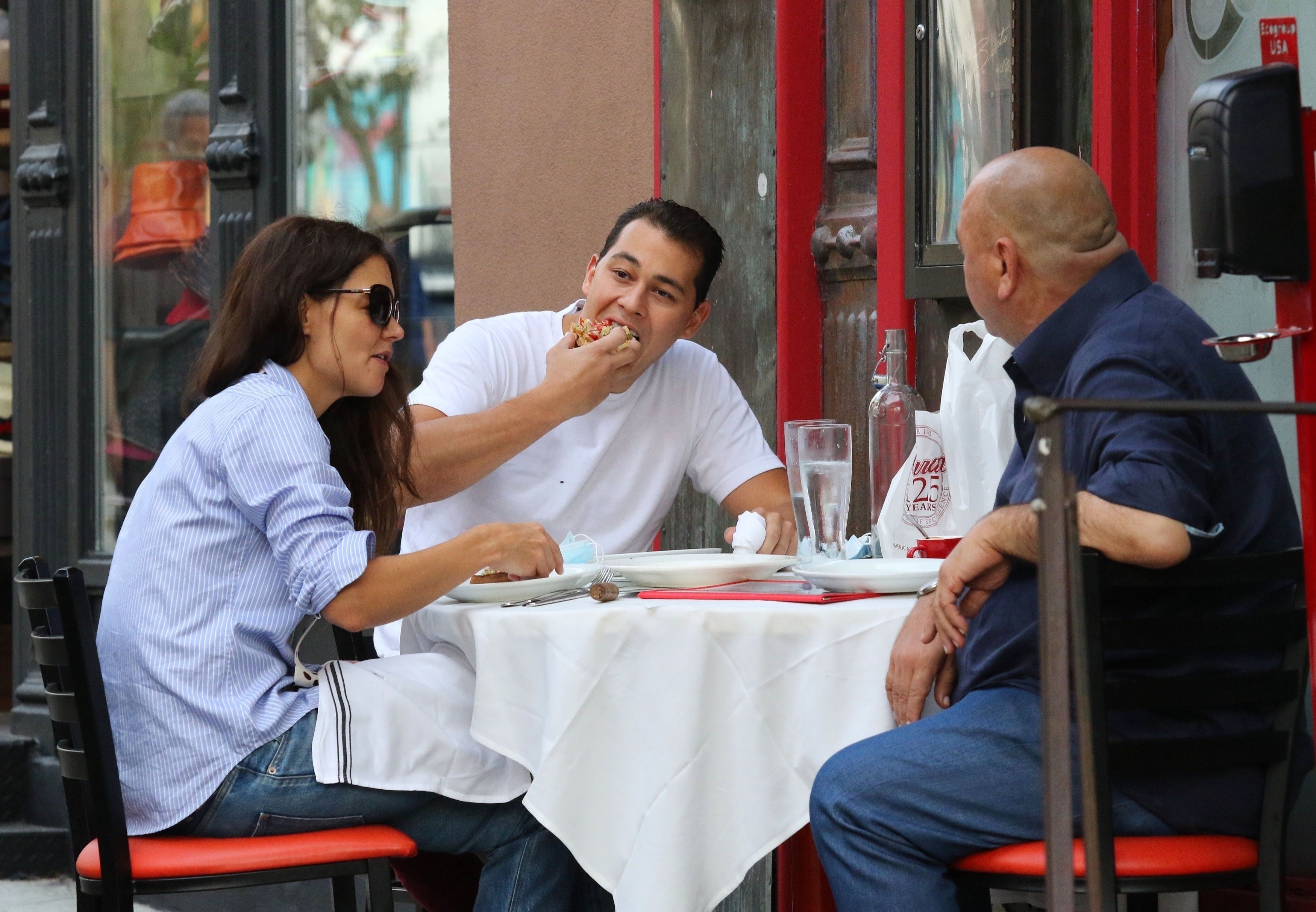 They’ve engaged in some NYC PDA.

Holmes was photographed kissing Emilio Vitolo on a bench in New York City. The couple was also snapped holding hands, and it’s undeniable that they looked pretty smitten with one another. 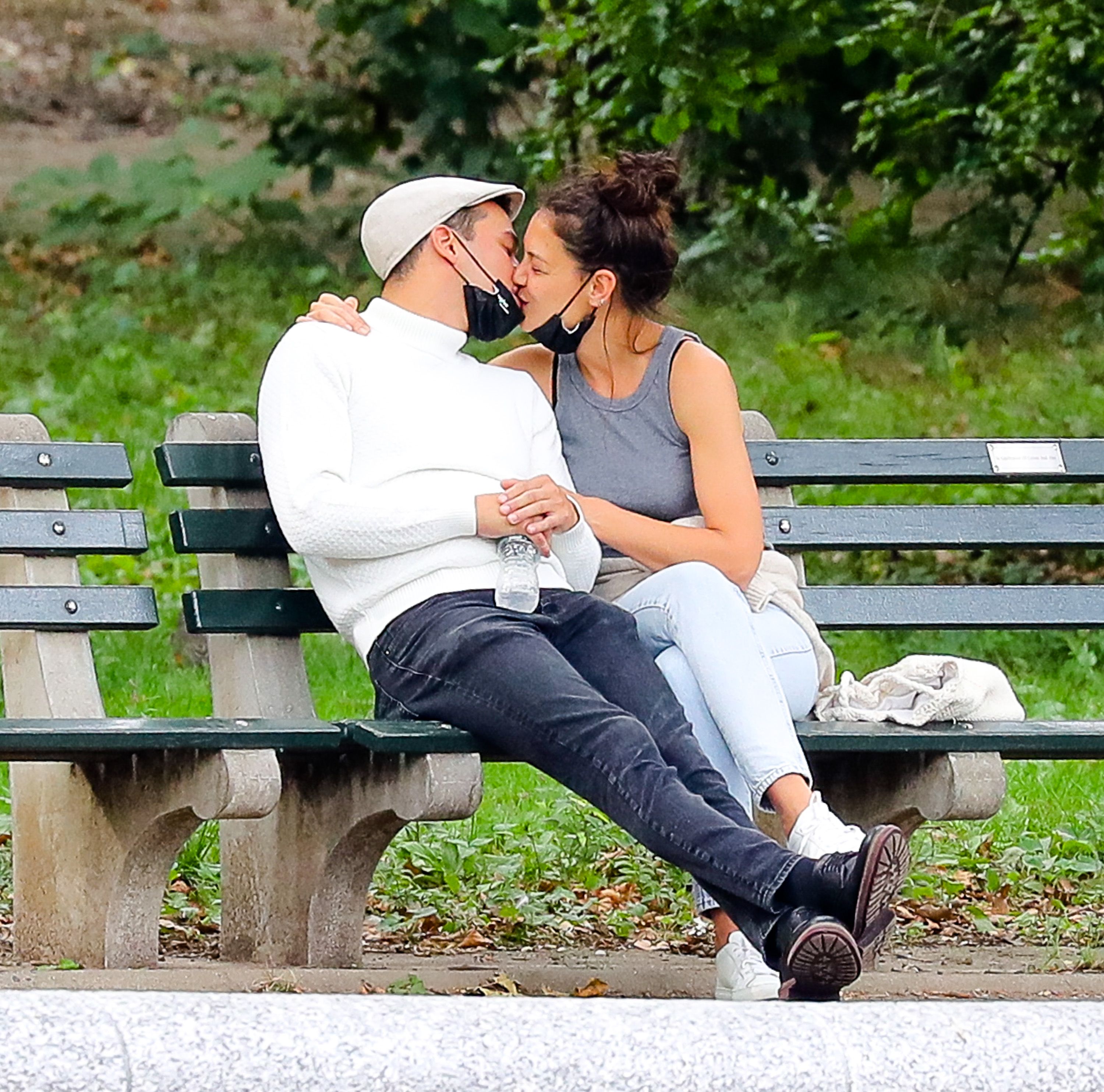 Previously, photos of the actress seemingly smitten with a new man were published—the person in question being New York City-based chef Emilio Vitolo. In the images, which can be seen here, Holmes is seen wearing a simple white tee-and-denim jeans ensemble as she sits on Vitolo’s lap and kisses him throughout their dinner together. Vitolo helms the SoHo NYC restaurant Emilio’s Ballato.

According to People, though this is Holmes and Vitolo’s first public outing together, the pair have been friends for at least a few months now. For proof, just look at Holmes’s Instagram. This past July, Vitolo reportedly commented with emoji on one of her posts.

Despite his new rumored romance with Holmes, Vitolo is no stranger to the celebrity world. While his restaurant has received visits from top-tier celebs including Lenny Kravitz, Joe Jonas, and Rihanna, the Italian and Peruvian chef has also dabbled in the acting world himself. Vitolo has appeared in shows such as Royal Pains and Inside Amy Schumer, and is billed alongside Ewan McGregor and Val Kilmer in the upcoming film The Birthday Cake.

Vitolo took to Instagram to not only wish Holmes a happy birthday but to also mark his first official social media post recognizing themselves as a couple. He chose a black and white candid capture of the two sharing a laugh at dinner for the monumental post.

“The most amazing, kindest, beautiful person ❤️. Every time I see your face it makes me smile . Happy Birthday !!! I love you !!,” wrote the chef alongside the post.