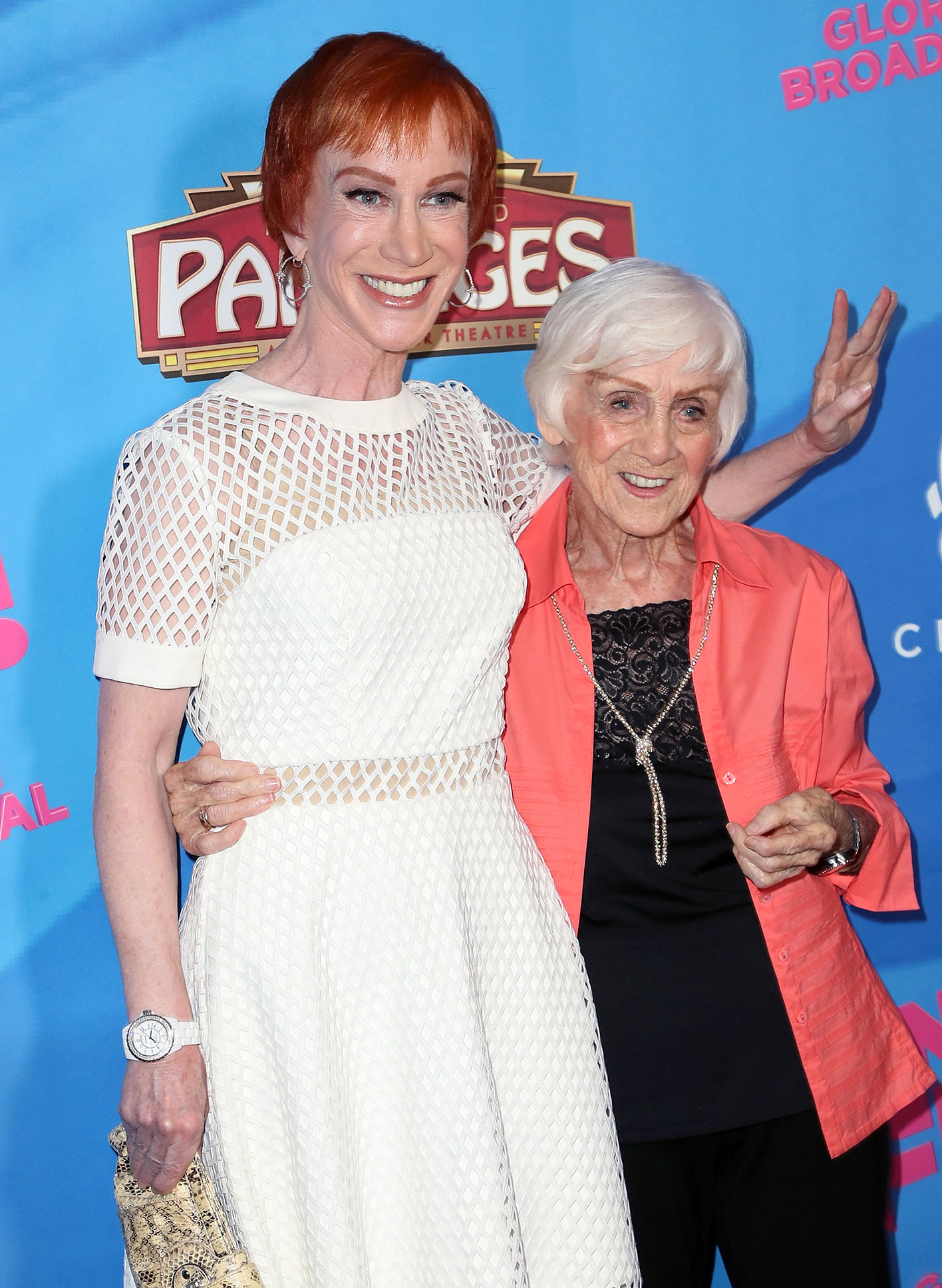 A turn for the worse. Kathy Griffin revealed that her mother, Maggie Griffin, who just turned 99 years old, is not improving on the mental health front.

“Today is my mother Maggie’s 99th Birthday,” she tweeted on Monday, June 10. “I spoke with her yesterday and, unfortunately, I’m sorry to say her dementia is worsening.”

The Kathy Griffin: My Life on the D-List star, 58, accompanied her message with a picture of herself with her mom on the red carpet from 2010, writing, “Here’s a fun picture to celebrate happier times.”

The comedian first revealed her mother’s health struggles in January. “As heartbreaking as this is, I feel the need to share some important info about my mom Maggie,” she captioned a throwback shot of the two from September on Twitter. “The pic below … was the last time I was able to have a proper/coherent conversation with her. Since that photo was taken, she has rapidly fallen into the throes of dementia,” she wrote at the time.

Kathy wasn’t ashamed to say she was having a hard time coping in light of Maggie’s ailments. “This is never easy for a child, I know this is a reality that millions of people deal with every year. But when it comes to my mom this is particularly hard because her sharp mind was everything,” she confessed. “Up until this past couple years she was so sharp she always kept me on my toes. Her mind was so naturally quick, funny, and smart. No one could get anything past her. Watching that slip away so fast has been devastating.”

The Official Book Selection: A Memoir author lets fans know that everything possible was being done for Maggie, however. “I want to assure you all that she is not in pain and she is getting the best 24-hour care,” she said. “In terms of how she is now, at this point she only knows my name and I love you. I know many of you know what that reality is like … I’m still grappling with it.”

It’s been a rough few years for Kathy, who also lost her sister, Joyce Patricia Griffin, at the age of 65 in September 2017 to cancer.

The Emmy winner, who was the youngest of five in her family, shaved her head in a show of solidarity for Joyce two months prior. Kathy’s brother Gary Griffin died of esophageal cancer in 2014 and her estranged brother Kenny also passed away.