Home » Celebrities » Katherine Heigl on her ‘difficult’ label: ‘I may have said a couple of things you didn’t like’ 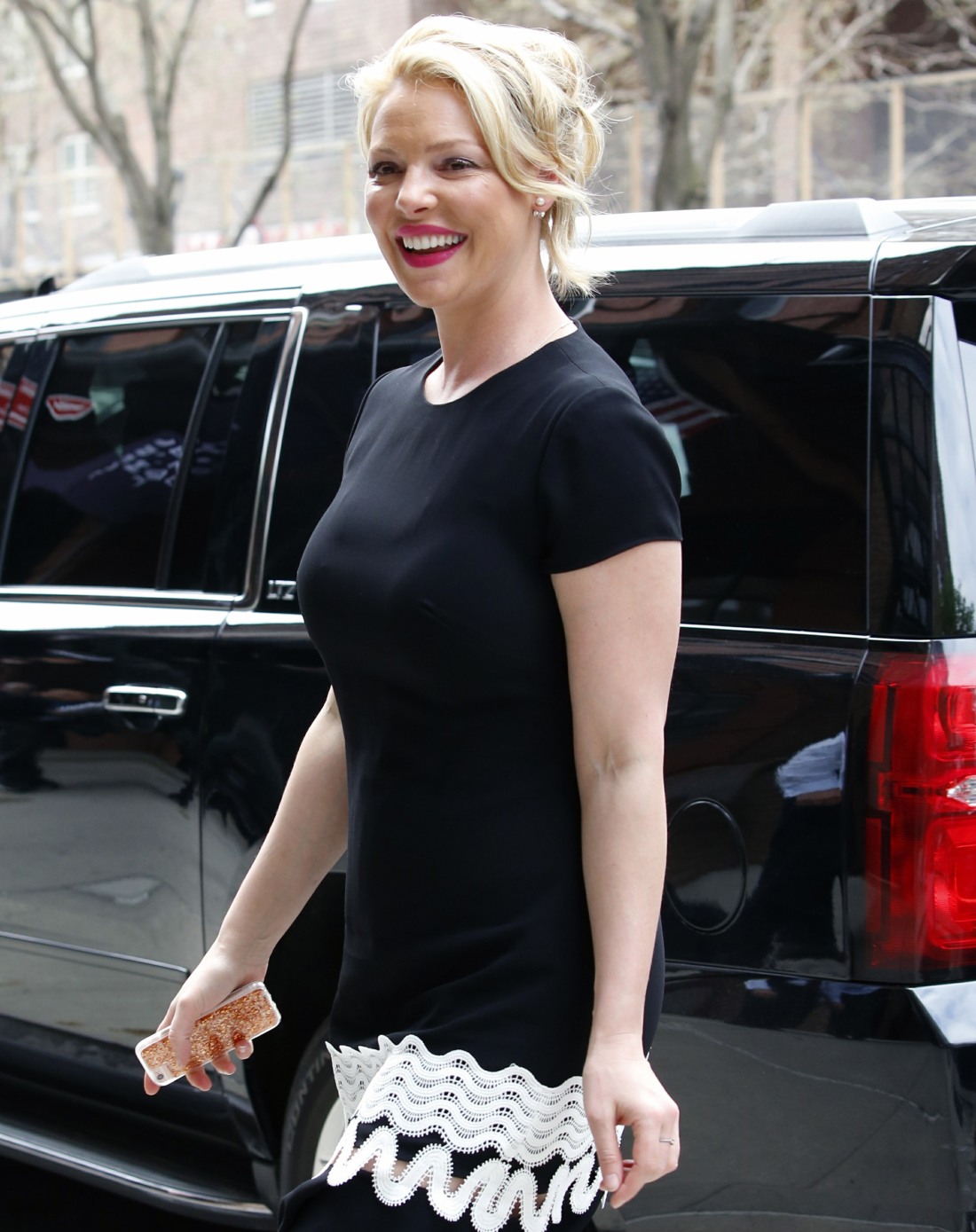 There was a moment when Katherine Heigl had arrived, and she could have been her generation’s Jennifer Lawrence/Meg Ryan. She could have written her own Hollywood ticket, made any movie she wanted, delivered big box offices for her romantic comedies and potentially won big awards for her dramatic roles. She was a success story on television and film, and she had that girl-next-door appeal, plus she looked great on every red carpet. Then everything began to derail. She bad-mouthed one of her biggest hits, Knocked Up, and she was criticized by Seth Rogen and Judd Apatow publicly. Then she made a big show of withdrawing her name from Emmy consideration for Grey’s Anatomy, citing the fact that she “did not feel that I was given the material this season to warrant an Emmy nomination.” She whined about her filming schedule when Shonda Rhimes had moved stuff around to make Heigl’s life easier. After a few years, Heigl was off Grey’s Anatomy, with Rhimes invoking her “no a–holes” policy, and Heigl’s movie career was in the dumps. Throughout it all, Heigl was managed by her mother Nancy, who also gained a sh-tty reputation.

Why the backstory? Heigl is back. She’s got a new Netflix show called Firefly Lane about female friendships and how they change over time. Katherine is sort re-introducing herself for this promotion, hoping that all is forgiven. Or, at the very least, forgotten. She’s pretty obviously trying to reclaim her tabloid narrative with a new vibe of “what’s wrong with being a ‘difficult woman’ after all?” Let’s see if it works! You can read this WaPo interview here. Some highlights:

On apologizing for her mistakes: “At the time, I was just quickly told to shut the f— up. The more I said I was sorry, the more they wanted it. The more terrified and scared I was of doing something wrong, the more I came across like I had really done something horribly wrong.”

Whether she would ever go back to Grey’s: “I could never say never. I think it would just be completely dependent upon the team over there, how they feel about it, and the story.”

She thinks if she had kept making hits, all would have been forgiven: “You can be the most awful, difficult, horrible person on the planet, but if you’re making them money, they’re going to keep hiring you. I knew that whatever they felt I had done that was so awful, they would overlook it if I made them money — but then my films started to make not quite as much money.”

Coming to grips with America’s racism as the mother to a Black child (her daughter Adalaide): “There is not a ton of diversity in Utah, and that was not something we even thought of because we were living in our White bubble and just kind of thinking ‘love is love.’ It was a very big eye opener. I took to seeking advice and counsel from those who are more steeped in this experience and staying up at night trying to figure out how the hell do I have this conversation with my kids?” Here, Heigl became choked up. “I know every mother of a child who has to have this conversation must feel the same, and they’re probably, like, ‘Suck it up, Heigl. This is what has to be done.’ But it feels like taking a piece of their soul.”

On her momager: “Nobody can protect you better than my mother. She is fierce. She has no fear of anybody in power. I realize a lot of young women did not and do not have that. I wish I could loan her out.”

My take is that I believe both arguments can be true here. On one side, Heigl was absolutely a pill and she largely destroyed her own career all by herself. On the other side, tons of people have done a lot worse than “mouthed off in several interviews” and “been unprofessional” and those people have been able to come back rather easily, if they were even forced to go away. There was always a heavy dose of industry and cultural sexism with Heigl’s story, but I remember covering her during that time period and she absolutely did so much of it to herself, oh my God. Anyway, I’m sort of glad that Netflix has given her the chance to have some kind of comeback and let’s see where it goes. 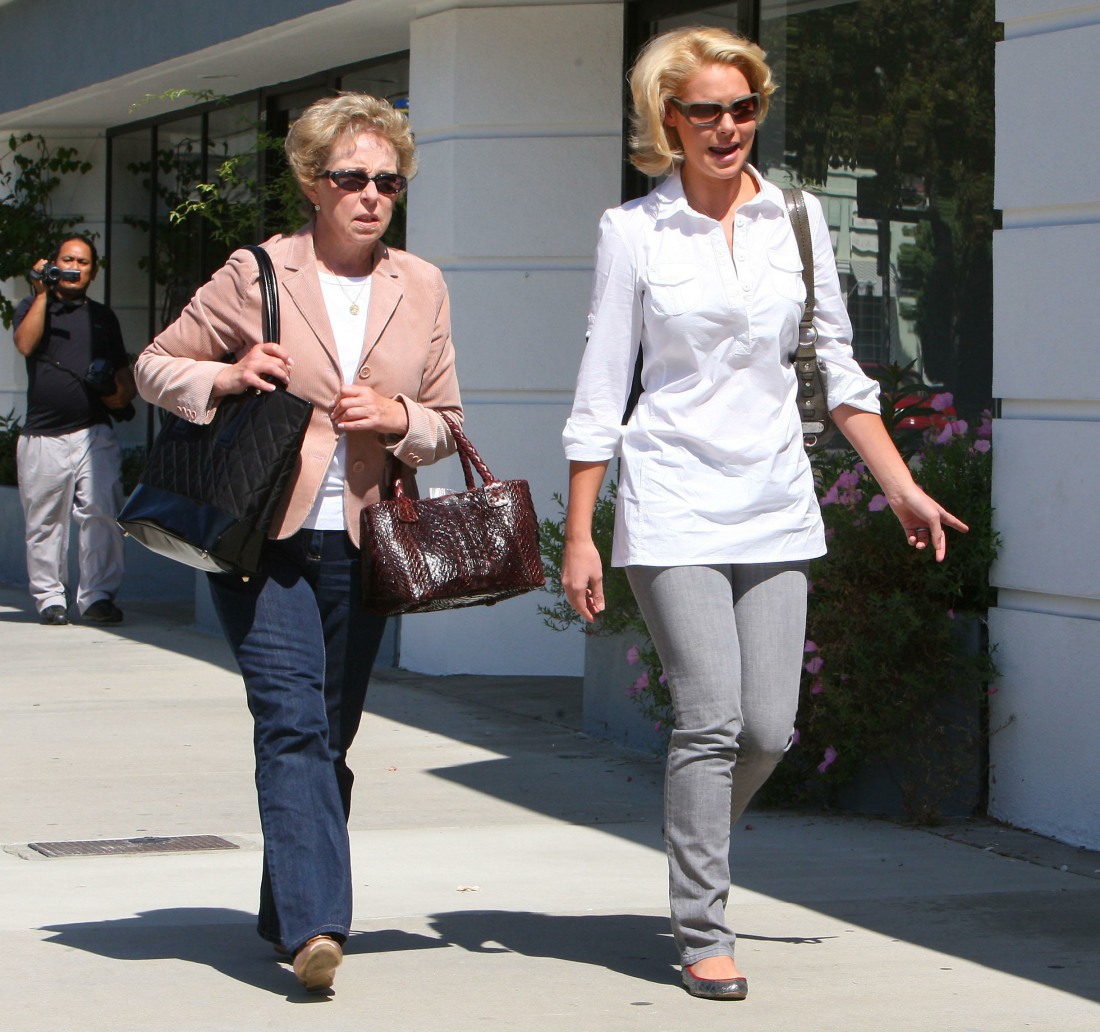