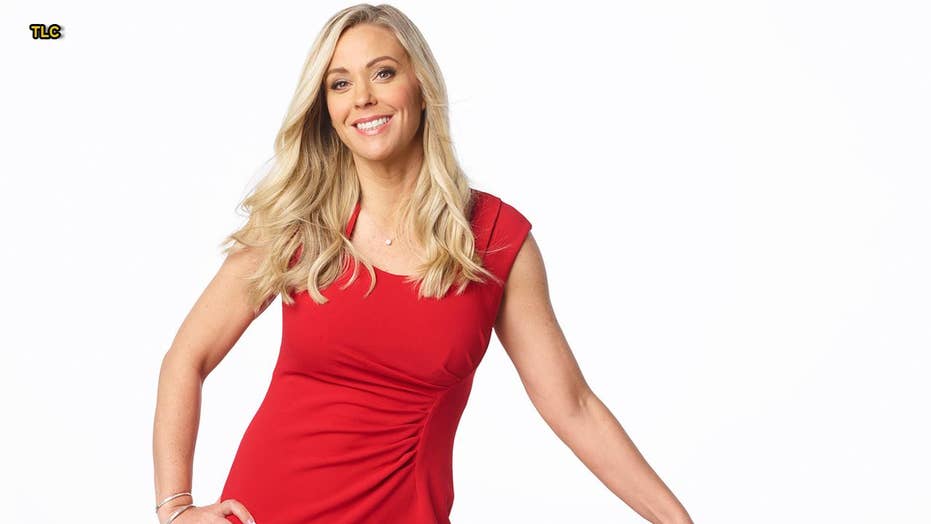 TLC star Kate Gosselin dishes on her new show ‘Kate Plus Date’ and talks about whether she’d ever walk down the aisle again.

LOS ANGELES – It's been nearly 10 years since Kate Gosselin's divorce from ex-husband, Jon, was finalized — and now with the help of her two oldest kids, 18-year-old twin daughters Mady and Cara, she's ready to dive into the dating scene.

Speaking to Fox News, Gosselin got candid about what it's been like dating again for her new TLC show "Kate Plus Date" and whether or not she'd ever walk down the aisle a second time.

"[The dating show] was my idea so I was definitely on board," the 44-year-old reality star told us. "I've been divorced for 10 years and it felt fun and exciting and it was actually my idea because there is more than, I mean there's many single parents out there, and a lot of them are too, like me, too tired to date, too exhausted, busy taking care of your kids and that's how I found myself in that position in the first place."

Another factor that played into Gosselin's decision to sign up for a dating reality series? "It was kind of like online dating creeps me out," she admitted. "I know it works for people. Not slating it. But it was that option or not dating at all."

The mom of eight noted that having her film crew by her side through the process made her feel "safe."

"It's real dating. It's real guys that are really single," Gosselin explained of the show, adding that her "only worry" was if people would actually sign up for it.

"I was willing, but we found some [men], and the truth is it ended up being so much more than just a dating show," she explained. "I learned so much about myself, about people's intentions, about why they do what they do, it got me out of the house and I even got out of the house alive, so that I could go on some date."

Without the show, Gosselin doesn't think dating would've ever happened for her.

"I don't know that I would have ever been able to find anyone or to get up the courage to get out of the house and actually go date," the "Kate Plus 8" alum shared. "It has been 10 years and my kids are now getting to the point where they're impatient with me and they're about to leave."

Along with Mady and Cara, Gosselin shares 15-year-old sextuplets – Aaden, Alexis, Collin, Hannah, Joel and Leah – with her ex.

"Mady and Cara are going to college. My little kids: They're starting high school. It'll be done in the blink of an eye," Gosselin acknowledged. "It was the right time because they're older, more independent and I didn't need a babysitter."

As for if her kids have been supportive of her dating? Gosselin admits that it's a topic that's often been brought up at the dinner table by her children.

The talks became more serious "in the last year or two," when Mady and Cara's high school graduation was fast-approaching, ultimately, making the Gosselin brood realize they're all eventually going to leave home.

"That's what really started us talking about it a lot," the TLC personality explained. "And of course, the concept of a dating show, I obviously went to them and said: 'Hey, how would you feel about it?' Because it was very important for them to be comfortable with me dating, but also dating on-camera and have a show that they would be watching."

Gosselin continued: "They, you know, ask questions like, 'Well that can be weird?' And we walked through it, and I said: 'You know my commitment was to them in that they could watch it. It wouldn't be something that was inappropriate for them. It would be something I'd feel good about or I never would have done the show.'

"And when they realized that and you know I've kept my word on that and I think it's a very family-friendly positive show that I think a lot of people can get something out of — my kids were good with it."

Gosselin admitted that after being divorced for a decade, going on dates again was "extremely intimidating."

"It was completely different. Completely different. I couldn't even take any [of the] things I had learned from dating back when I was 20-something," she shared. "I was 20. Single. Social media didn't even exist. Now I'm a parent of eight kids with all of the social media and technology, and honestly, it was like I didn't even have times of reflecting back because that information was all but useless to me.

"It was like two different people dating and that's what was so scary because it was like completely new and super scary with a lot of pressure on me to get it right this time for the sake of myself and my kids, so it was very intimidating. Extremely intimidating."

When it comes to what she looks for in a partner now, Gosselin admits that she was asked the question "gazillions of times" while filming the reality show and she couldn't come up with an answer.

"I think honestly you have to watch the show to figure out why because I had to figure out why and to see that part of the journey as well as all the other things that went into it that made it a journey," she explained.

Of getting married again, Gosselin said: "I don't like the 'M' word.

"Everybody keeps saying that and that actually gives me like anxiety and panic honestly," she added with a laugh. "But I mean, again, that's a situation we'll deal with it when we get there and I don't even think that by the time somebody is talking about getting married if it's right, I don't, it's obviously not going to cause me anxiety and panic.

The Untold Truth Of Gavin Newsom