Junior Bake Off: Fin, 13, is crowned the WINNER after wowing the judges with a showstopping trophy cake after teaching himself with YouTube videos

The winner of Junior Bake Off 2019 has been crowned after five weeks of tears and turmoil in the tent.

Fin, 13, from Manchester, won the coveted title during Friday night’s final on Channel 4, after stunning judges Prue Leith and Liam Charles with a showstopping cake version of the show’s famous trophy.

Speaking after the victory, Fin admitted he was ‘too stunned to cry’ as host Harry Hill announced him as the winner, beating out finalists Aleena, Amal and Eliza.

Scroll down for video 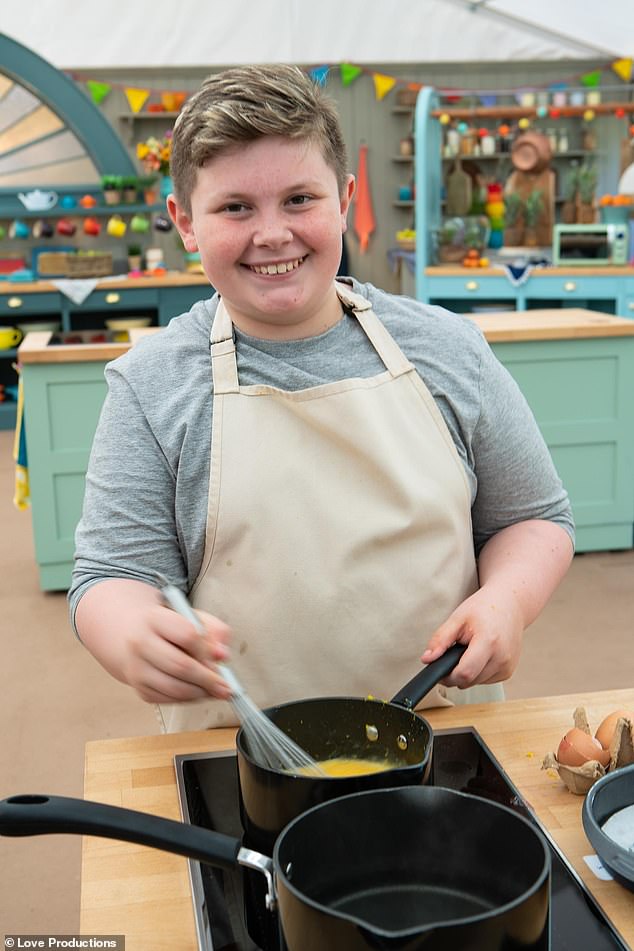 Over the moon: Manchester-born baker Fin, 13 has been crowned the winner of Junior Bake Off 2019 after five weeks of tears and turmoil in the tent

Fin, who started baking with his grandmother and taught himself further using YouTube videos, rose to the challenge during two heats and a finals week.

The final saw him tasked with baking iced buns, inside out biscuits and finally showstopping which was meant to represent the Bake Off winners trophy.

As his name was announced, Fin couldn’t hide his shock and delight, and later said: ‘It was probably the most surreal thing that has ever happened to me.

‘The pause between announcing ‘and the winner is…’ to saying my name seemed to go on for ages.

‘My legs were shaking so much, and when I heard it was me, my legs collapsed with the sheer exhaustion of it all. 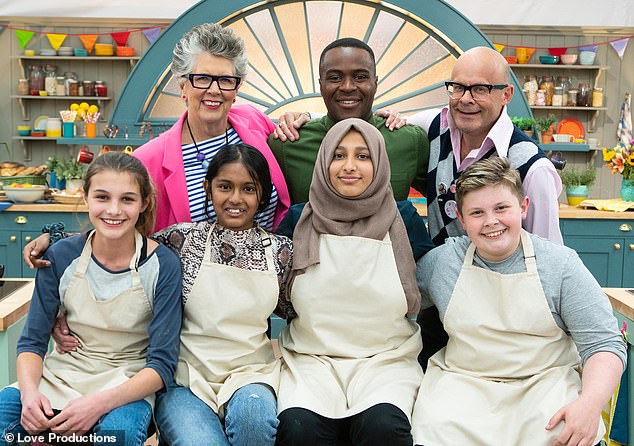 Over the moon: The teen beat out finalists [L-R] Eliza, Amal, Aleena after wowing the judges Prue Leith [top left] and Liam Charlies [centre back] in the show hosted by Harry Hill [top right]

‘I was so overwhelmed as all the other bakers ran over to hug me. I pulled myself together and took the trophy from (judge) Liam.

‘My sister shed a little happy tear, my mum was in shock, and I was too when I heard my name, I think I was too stunned to cry. It was one of the best days of my life.’

Judge Liam praised Fin’s final effort in the Bake Off tent, saying: ‘His Showstopper was pretty much faultless, and that was his best cake of the series… He absolutely smashed it.’ 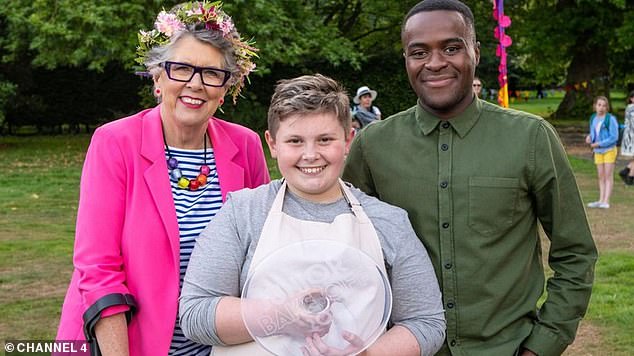 Sensational: Fin described the moment he won as ‘the best day of his life’ as judge Liam [to right] praised his ‘faultless’ final bake [Prue Leith pictured top left] 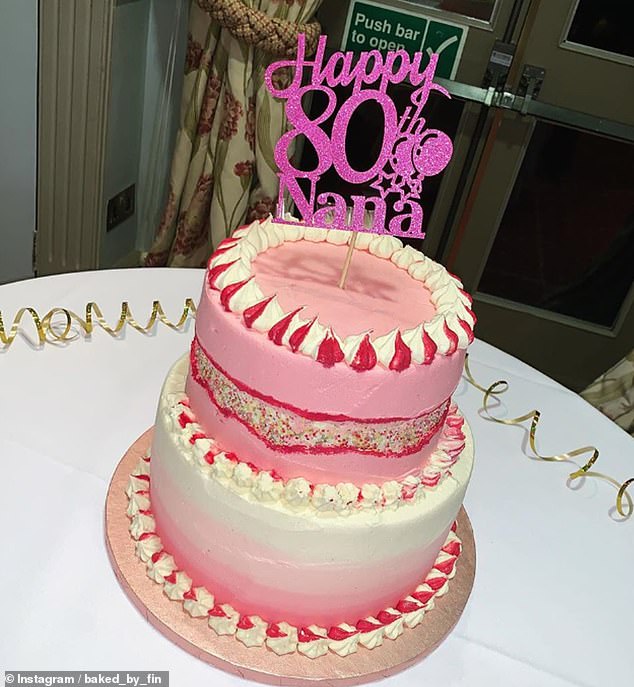 Amazing: Fin first started baking with his grandmother at a young age and taught himself further using YouTube videos [pictured is the cake he made for his grandmother’s birthday]

Prue – who also judges the adult Great British Bake Off – added: ‘Fin absolutely deserved to win. He pushed himself as hard as he could and all his cakes were just absolutely wonderful.’

After several series on CBBC, the show was brought back by Channel 4 after they brought the rights to Bake Off back in 2016. 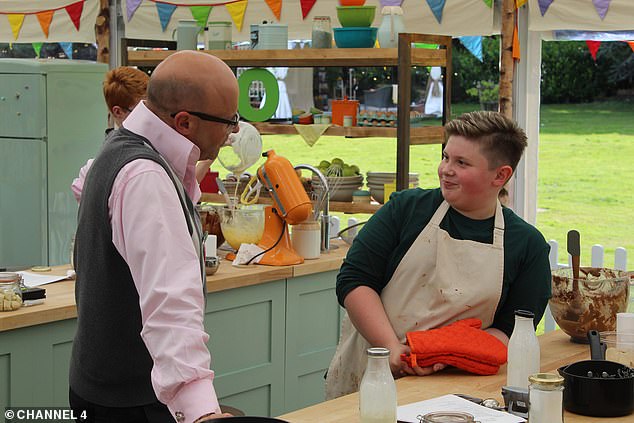 Katherine Schwarzenegger Wears Bump-Hugging Outfit While Out in Santa Monica