Home » Celebrities » Julianne Moore: I’m Scottish to my core, thanks to my braveheart mother 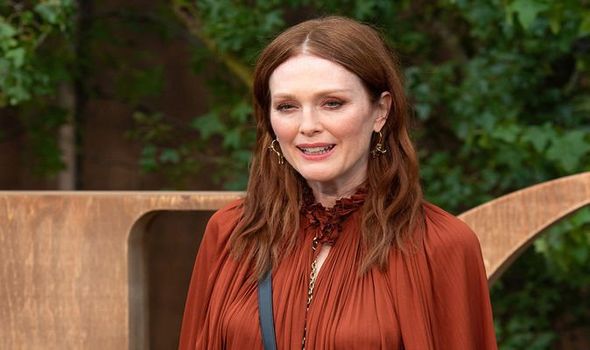 In a scene from her new film, Spirit Untamed, Julianne Moore’s character urges her niece to embrace the spirit of her dead mother to achieve her goals in life. It is advice the American actress is already heeding, having learned at the knee of her Scots-born mother all about the importance of female equality – and never taking it for granted.

Anne Love Smith (Smith is Julianne’s real last name) also instilled in her three children – Julianne has a younger sister and brother, Valerie and Peter – a deep connection with their Celtic roots. The award-winning actress even took out British citizenship in 2011 to honour her mother after she died.

From the start, Anne, who was born in Greenock, made Julianne aware that she was not like her fellow Americans. “There are a lot of us in America who are first generation Americans, and I’ve noticed that a lot of us talk a lot about assimilation – about people coming here and immediately becoming American,” says Julianne, 60.

“But that was not my experience. My mother used to tell me all the time that we were not 100 percent American.”

Julianne was born on an army base in North Carolina. Her father, Peter Moore Smith, was a paratrooper during the Vietnam War, attained the rank of colonel and later became a military judge. Anne, who was a psychologist and social worker, didn’t immigrate to the United States until 1951 and she was very clear about their heritage.

“My grandparents were very Scottish for all their lives,” says Julianne. “My siblings and I all had kilts and we grew up with a very strong identity of being part Scottish.”

Julianne even wrote a book about national identity, My Mom Is A Foreigner, But Not To Me, based on her own memories.

“I wanted to write this book as a tribute to my mother and to all the other foreign mothers, as well as to the kids growing up in a situation where the person who seems very foreign to the rest of the world is the most familiar person in the world to them,” she says today.

This awareness of a strong cultural identity is uppermost in Julianne’s mind when she meets new people.

“I can always recognise someone who is first generation American by the little things they do,” she says. “For instance, when my daughter was little, I fixed her hair in two braids because that’s how my own mother did my hair.

“But when she went to school there was only one other girl in her class who wore her hair that way, and that little girl’s mother was from Spain – but for fully American little girls, their mothers didn’t do that.”

Julianne’s father’s job meant the family moved all over America – living in Alabama, Georgia, Texas and many other states. She attended nine different schools and found it difficult to make friends, so their tight-knit family perhaps clung to their roots more as a result.

But she says the self-reliance and self-confidence she gained from her itinerant childhood has made her a better actress. “When you move around a lot, you learn that behaviour is mutable,” she says. “I would change, depending on where I was – it teaches you to watch, to reinvent, that character can change.”

When she was 16, the family moved again, to Frankfurt, Germany, and Julianne attended an American high school. She intended to study medicine, but enjoyed amateur dramatics in her spare time.

As time went on, however, acting not medicine took centre stage and Julianne switched to theatre studies, then moved to New York and worked as a waitress while waiting for her acting career to take off. In 1986, her break came with a role in a long-running American soap, As The World Turns, where she stayed for two years.

She caught the attention of several critics – and a wider audience – with her performance in 1992 in the thriller The Hand That Rocks The Cradle. Filmmaker Robert Altman changed her fortunes after he cast her in Short Cuts, based on a disturbing series of short stories by Raymond Carver.

Julianne’s performance was described as “arresting” by critic Todd McCarthy who remarked that her monologue, delivered naked from the waist down, would “no doubt be the most discussed scene” of the film – and it was. It also earned her a degree of fame and notoriety.

An Academy Award, two Golden Globes, a Bafta and two Emmys, and roles in Boogie Nights, The End Of The Affair, Magnolia, Jurassic Park and The Hunger Games followed.

Still hugely in demand as an actress, Julianne has also established a career as a children’s author and her first book, Freckleface Strawberry, became a New York Times bestseller. Her two children with director husband Bart Freundlich have recently graduated – Liv, 19, from high school in New York and Caleb, 23, from Davidson College in North Carolina.

Julianne has raised them to stand on their own two feet. “Everybody wants the best for their child,” she says, “but as far as college went, I kept saying to both my son and my daughter, ‘This is about you now.’ As parents, you just try to stay in the background as a support.”

And that included giving regular talks on the topic of equal rights at her daughter’s school.

“I went and talked to the girls there about working women and what their expectations should be of their lives,” she says. I said, ‘If you have an expectation that you are going to be able to have both a family and a career, you have to realise that you will not be able to do it unless you have a partner who believes can do it.’

“Because that’s what you need to order to be successful, and that’s what needs to have in order to raise daughters successful – you need to have both invested in it. You can’t just raise a generation of women who think it has to be way – you have to raise the men to think that too.”

“Like her Scottish roots, her feminism comes from her mother. “She didn’t have the advantages growing up that I had,” Julianne says.

“She did make me aware by pointing the things that had changed in my life that birth control was available, and could have a credit card in my own name, and that she and my father were saving money for me to go to college, unlike when she was growing up because her parents didn’t send her to college.

“Sometimes we don’t learn about things until we’re really ready to hear them – I see that with own kids now, too. But I do know that my mother was the one who said to me, ‘We’ve gained all these advantages for women, and you’re living them.’ And she was right!”

” Julianne is certainly setting an example through her own life: happily together for 24 years with Bart (they married in 2003), they have made a point of bringing up Liv and Caleb to believe in equality.

“And I do think we’ve amazing strides in that area,” she notes. :”I’m certainly in a marriage where my husband and I are equally involved in raising our children and we also have professional parity in that we’re both involved in our careers and we both make money and we both contribute to the finances. And our children grew up seeing that, which makes me happy because that’s what I want for them, too.”

With both of the children having more or less left the nest, Julianne and Bart are left to relax in their light-filled home in New York’s fashionable Greenwich Village.

A bubbly red-head who loves to dance, “just not in public”, Julianne remains a red carpet regular, usually wearing her favourite colour – a bright Celtic green – which sets off her Titian hair and pale skin perfectly.

“My garden is all green because I don’t like a lot of crazy colours in the garden,” she says, “and a a lot of other things in my house are green – even my sheets are green. Maybe I should expand and try something else… but I don’t know that I can.”

As problems go, it’s a mild one.