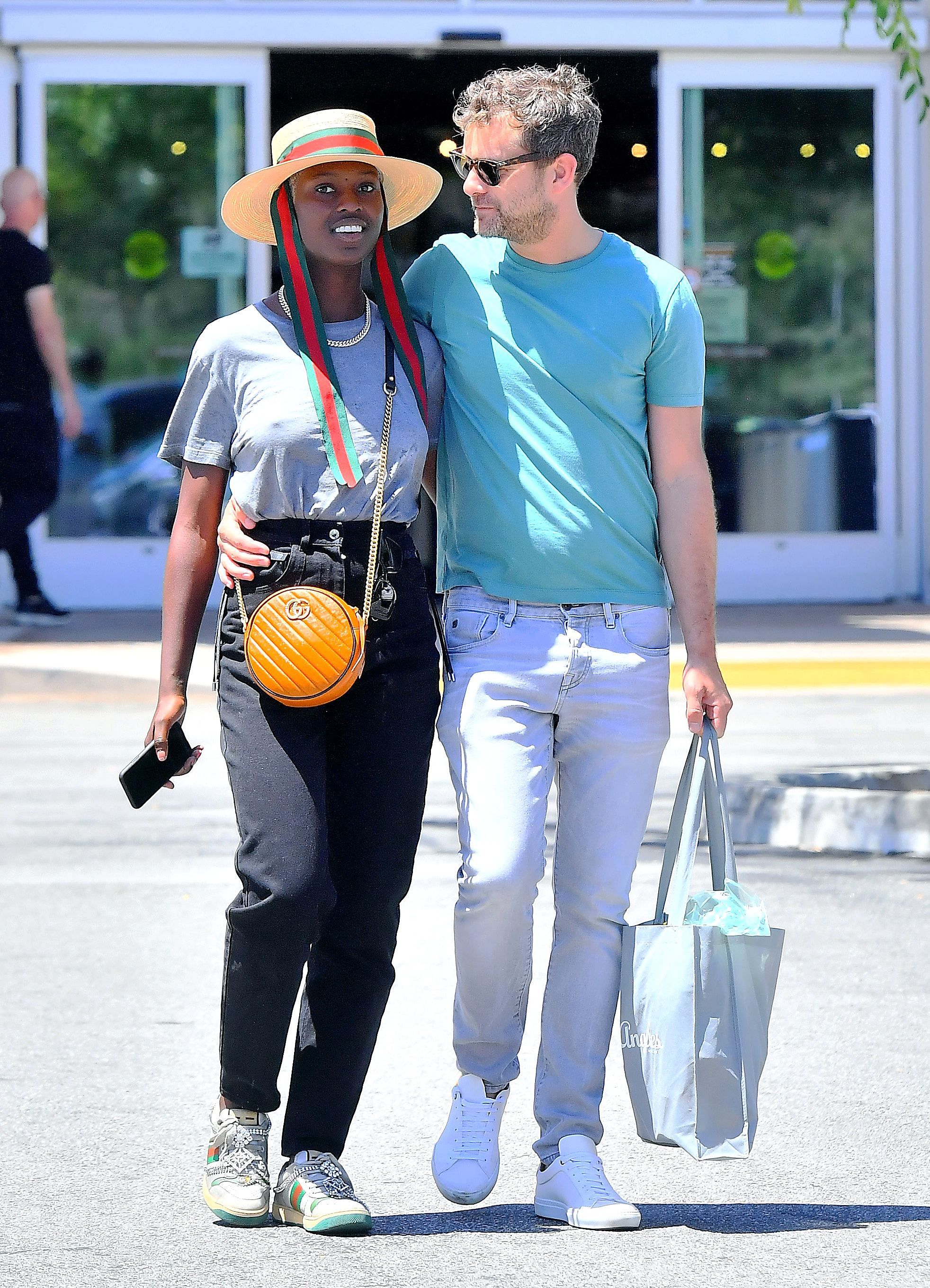 Errands turned romantic! Joshua Jackson snuggled up with Jodie Turner-Smith as they grabbed groceries in Calabasas, California, on Sunday, June 30, just weeks after he was seen kissing a mystery woman.

During the outing on Sunday, Jackson and the Nightflyers actress looped their arms around each other’s waists. He wore a teal shirt and acid washed jeans, while she sported a gray shirt tucked into high-waisted black trousers and topped the look with a straw hat festooned with a ribbon.

The following day, Jackson commented on an Instagram post of hers, writing, “Wherever whenever. I’ll go there too.”

On June 13, the Dawson’s Creek alum, 41, shared a smooch with a mystery woman at Los Angeles International Airport after meeting her for lunch. That meetup came two days after he attended a New York City party with Turner-Smith, per the New York Post’s Page Six.

Jackson and the Queen & Slim actress were first spotted holding hands in November 2018, after attending Usher’s 40th birthday party together the previous month. “They were all over each other,” a source told Us Weekly after the party. “Super smitten and gazing into each other’s eyes as they danced together their whole night.”

Prior to dating Turner-Smith, the When They See Us actor was in a 10-year relationship with actress Diane Kruger. They “decided to separate and remain friends” in July 2016, as reps for the duo told Us at the time.

“This was a long time coming,” Kruger said of the breakup in a 2018 interview with Vulture. “Also we broke up many months before we said we were broken up, so by the time I made that decision, it didn’t feel like it was so urgent anymore. You don’t break up overnight after 10 years, you know what I mean?”

Following the split, Jackson was linked to Cheddar TV host Alyssa Julya Smith, while Kruger moved on with The Walking Dead star Norman Reedus, with whom she shares an 8-month-old daughter.

On the professional front, Jackson opted out of The Affair’s fifth and final season and will instead star in the Hulu miniseries Little Fires Everywhere opposite Reese Witherspoon and Kerry Washington.