Josh Duggar, 33, and his wife Anna, 33, who is expecting their seventh child, were filmed leaving a courthouse after a hearing for his child pornography case on Sept. 27. The reality stars held hands and shared smiles with photographers as they walked through the doors outside and wore professional-looking attire that included a gray suit and blue tie for him, and a pink short-sleeved dress for her. The sighting, which can be seen below, came after a judged denied four out of five of Josh’s motions dismiss the case.

Josh, who has been charged with receiving and possessing child sex abuse material, and his team filed the motions regarding evidence in the case but court records obtained by PEOPLE confirm the denial. The requests included a motion to suppress statements Josh allegedly made to federal agents during the investigation, a motion to dismiss the case entirely with claims that investigators failed to “preserve potentially exculpatory evidence,” a motion to suppress photos of Josh’s hands and feet taken while he was in custody, and a motion to dismiss Josh’s indictment due to technicalities over who was running the Department of Homeland Security during the investigation.

A fifth motion, which is another request to suppress evidence, has yet to be ruled on by the judge. 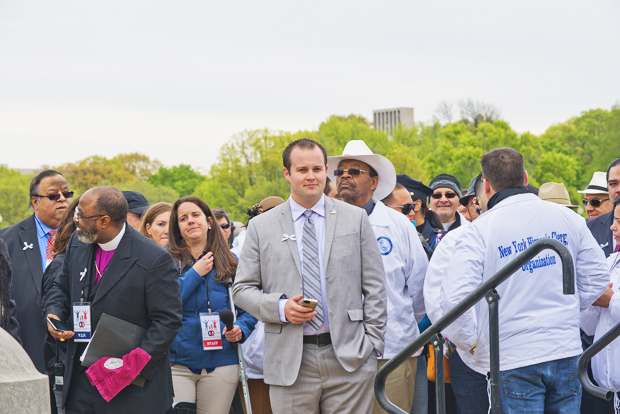 Josh was arrested in Apr. and pleaded not guilty to the charges against him. He was released pending his Nov. 30 trial and was granted “unlimited contact” with the six children he shares with Anna, including Mackynzie Renée, 11, Michael James, 10, Marcus Anthony, 8, Meredith Grace, 6, Mason Garrett, 4, and one-year-old Maryella Hope, as long as Anna is present. He is not, however, allowed to see any other minor children, including his nieces and nephews.

If Josh is convicted, he faces up to 20 years of prison time and up to $25,000 in fines on each of the two counts, which could add up to a 40 year sentence, according to the U.S. Attorney’s Office in the Western District of Arkansas.

Armie Hammer: ‘We get what we deserve & we elect the president we deserve’