All in the family. Jon Gosselin shared a sweet photo of his 4th of July celebration in Pennsylvania on Thursday, July 4.

Gosselin, 42, took to Instagram to post a snap with his longtime girlfriend, Colleen Conrad, and two of his 15-year-old sextuplets, Hannah and Collin. “Happy Fourth of July,” the former Jon & Kate Plus 8 star captioned the moment. The group was pictured posing side by side as they smiled.

Gosselin’s outing differed from how his ex-wife, Kate Gosselin, honored the summer holiday. Kate, 44, shared a shot of two of the pair’s sextuplets, Aaden and Alexis, spending the day by a pool. 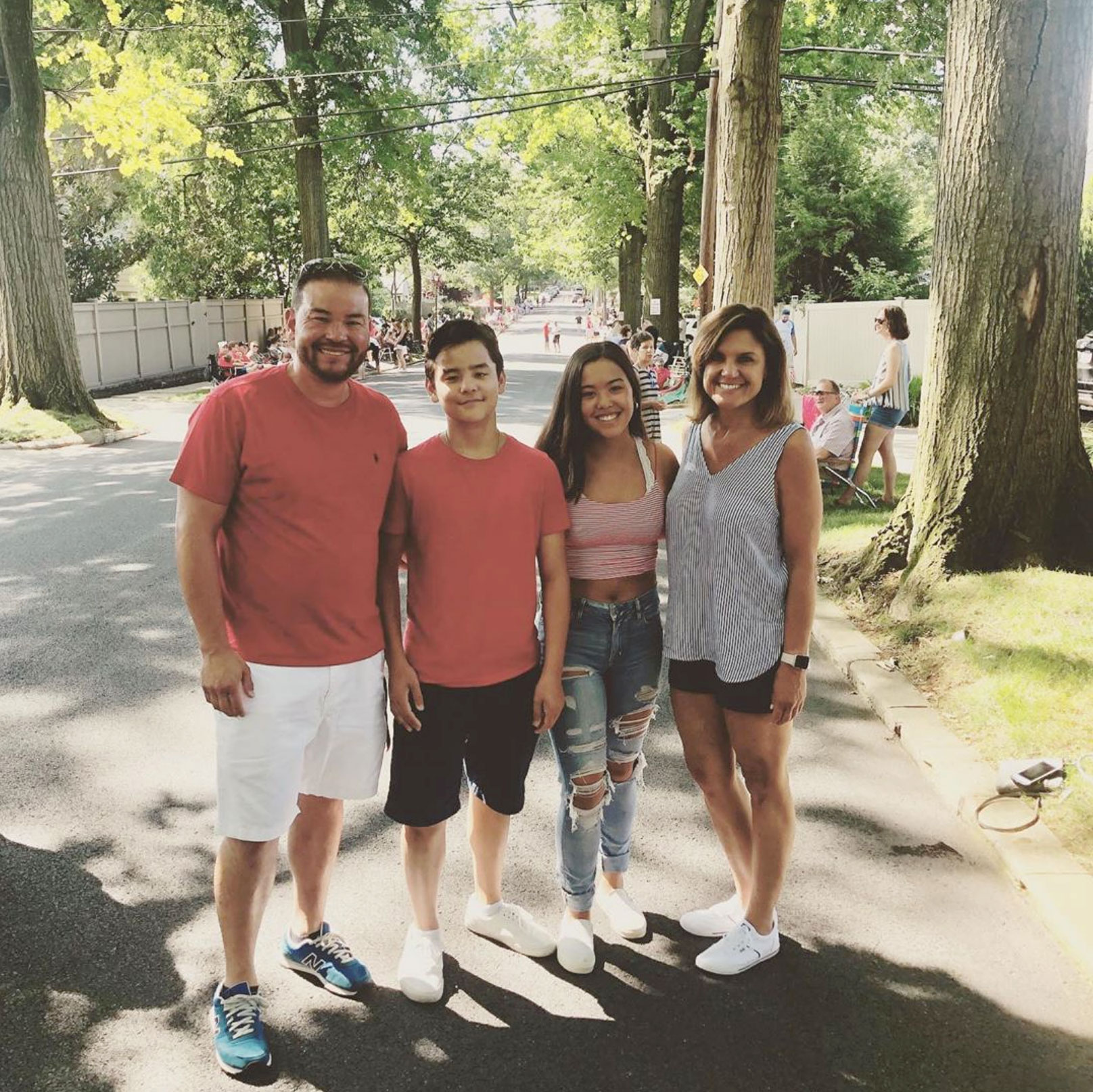 “Happy teens = happy mom,” she captioned the adorable post. The siblings were shown smiling as they stood in front of the pool with towels wrapped around them.

Jon and Kate, who rose to stardom in 2007 through their reality show, Jon & Kate Plus 8, were married for 10 years before announcing their split during the middle of production on the former TLC series in May 2009. Kate officially filed for divorce a month later.

Since parting ways, Jon has found love with his nurse girlfriend, Conrad. Us Weekly reported in July 2015 that the couple had been an item for nine months.

Their relationship commenced eight years after he called it quits with Kate, with whom he shares 18-year-old twins, Cara and Madelyn, and 15-year-old sextuplets Hannah, Collin, Aaedn, Alexis, Leah and Joel.

Kate, meanwhile, plotted her return to the dating scene in a major way. The reality star scored a six-part TLC series in June, Kate Plus Date, on which she goes on dates with 10 eligible bachelors. By the show’s end, she will be tasked with choosing which two men with whom she is interested in going on second dates with.

“My kids are so supportive,” Kate told Extra in June. “They keep saying, ‘Do something for yourself, you’ve done everything for us.’”

Kim Kardashian Calls Out Kanye West, I'm Not Keeping the Kids from You

The Truth About Callie Thorne