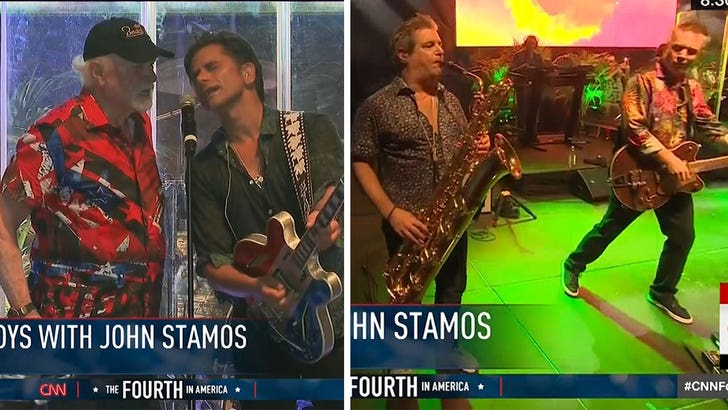 John Stamos showed some major versatility Sunday as he played a variety of instruments when he joined the Beach Boys for a really cool performance celebrating the 4th.

John put his pipes on display for “Wouldn’t It Be Nice,” “California Girls,” and “Sloop John B,” in front of a huge crowd in Ft. Lauderdale as part of the CNN 4th of July special.

John’s been a staple with the group, even showing up in the 1888 music video for “Kokomo.”  He’s been a frequent guest with the group on July 4th’s past and also made a couple of appearances during the Beach Boys 50th reunion tour back in 2012.

The Beach Boys have been one of Rock’s most enduring bands … and the music never gets old! “Pet Sounds” is widely regarded as one of the greatest albums ever, inspiring The Beatles to try and one-up them with “Sgt. Peppers Lonely Hearts Club Band.”

Jana Kramer Had a ‘Panic Attack’ Amid Coronavirus Travel Controversy