The ‘Flashlight’ singer, who has been open about her own health battle with Meniere’s disease, shares a flashback photo of her and Amy Knowles as she thanks the latter for being an inspiration to her.

AceShowbiz -Singer Jessie J has paid tribute to the ailing fan who inspired her to shave her head back in 2013, after the woman passed away.

The singer, who has been open about her own health battle with Meniere’s disease, remembered Amy Knowles in an Instagram Story on Wednesday, August 18.

Jessie shared a flashback photo of her and Knowles, who suffered from a rare intestinal disease, in which Amy is seen kissing the pop star’s bald head, and she wrote alongside it, “Fly high today. Can’t wait to see you again.” 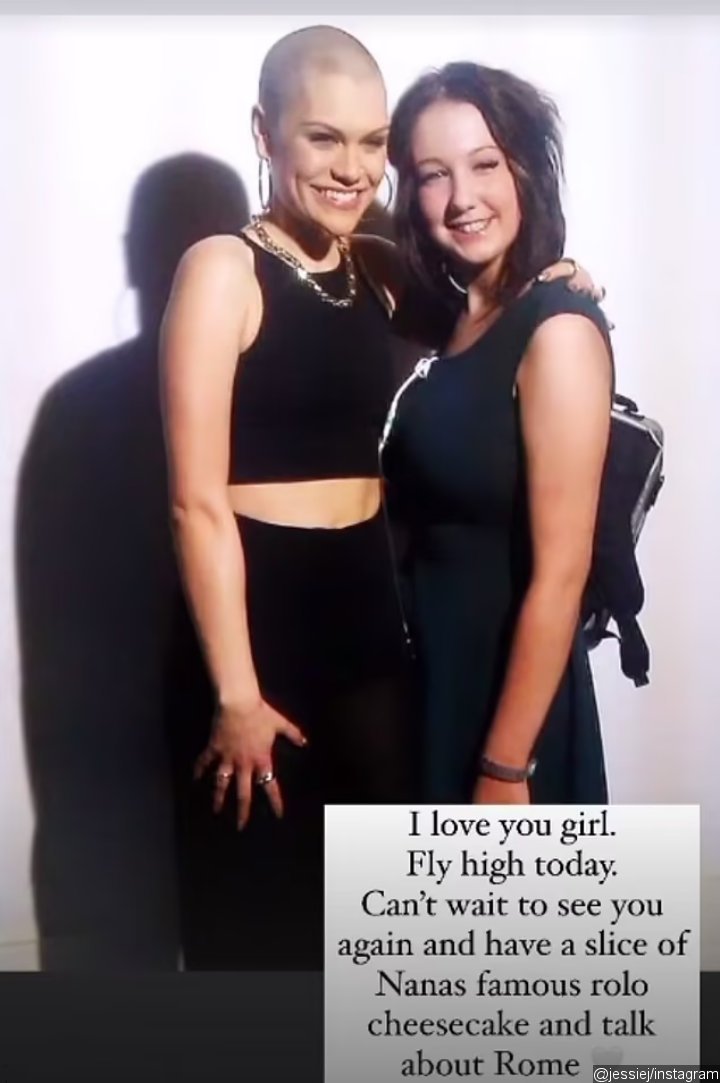 Jessie previously wrote on Instagram, “People often ask me why I shaved my head in 2013. This amazing young lady dared me to do it. So I did. Live on TV. After meeting you and hearing your story it was the smallest gesture I could make to let you know I supported you and all the other kids fighting a battle of awful sickness.”

She paid further tribute to Amy in her new post, adding, “You are one of the kindest, bravest, sweetest and strongest people I have ever met. You fought so hard Amy. Loved everyone around you so hard. Never complained and enjoyed every single little bit of life.”

“You would always say thank you to me. But the truth is you will never know how much you have inspired me. I do what I do to meet people like you. Thank YOU @amymaay for making this earth a kinder place. I will miss you and anytime I see bright flowers I will take a picture. Love you girl. Fly high.”

The “Nobody’s Perfect” singer first met Amy in 2011 during a hospital visit arranged by the Wish Upon a Star charity.

Jessie also announced on Wednesday she is taking a break from social media.

“I am going to disappear from socials for a while and pour 100% of my focus into myself and getting to the bottom of what’s going on with my body,” she penned. “Only ever post about it out of love and respect for my fans who follow and support me on here.”

Even Britney Spears Is Saying #FreeBritney

These 18 Celebrity Kids on TikTok Will Have Us Seeing Double