Jennifer Lopez claimed she “didn’t think” about the impact her barely-there green Versace dress would make on the world of fashion when she wore it to the 2000 Grammy Awards. The dress, which showed off Lopez’s curves, made a big statement when she walked onto the red carpet that evening.

Subsequently, it set into motion a new era in the spotlight for Lopez, who elevated her status to superstar with that one fashion choice. 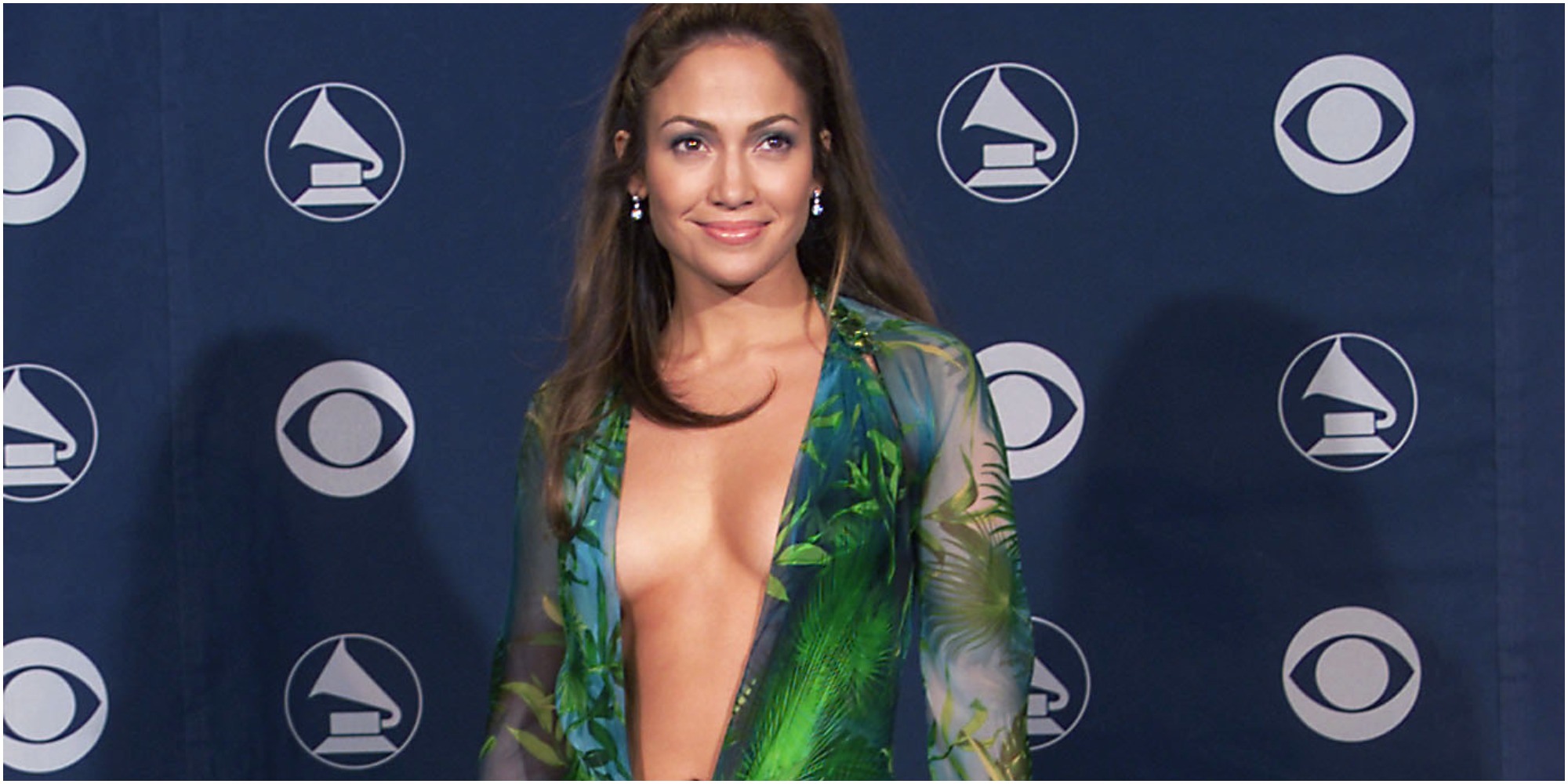 In an interview with Vanity Fair, Lopez was asked about the Versace dress and why she chose to wear the barely-there garment.

“The first time I wore it, I actually didn’t have another dress. Usually, I have choices. It was a last-minute thing that caused an unexpected sensation,” Lopez claimed.

Around the Grammy Awards, Lopez was filming The Wedding Planner with Matthew McConaughey and did not have time to find a dress. Therefore, she relied on her stylist to bring some garments to the set for her to try on.

“I was on the set, and I had to have my fitting for the Grammys on the set,” Lopez said in an interview with Vogue.

“My stylist at the time, Andrea Lieberman, had a bunch of stuff, but nothing really special — it was a bust.”

The day of the awards, which Lopez would attend with then-boyfriend Sean “Diddy” Combs, she revealed Liberman arrived with three dresses for her to try on.

“She came with like three dresses. I’m very spoiled now. People come with a thousand dresses when they come to do a fitting for me. But that day, there were two or three dresses,” she said in the above video clip.

The choices were a white one, the green dress, and one she had already rejected.

“I tried on the green one, and when I came out, everyone who was there was like, ‘That’s the dress!’” she recalled.

Lopez admitted she was relieved to have something to wear to the awards and “didn’t think” about the impact the dress would have.

“When I got to the red carpet, it was really crowded, and we were trying to get through, and all of a sudden, everybody just started moving so that we could pass through,” Lopez said.

“There was this little buzz in the air. People started yelling and screaming… [there was] something extra about it.

“[It was] just one of those perfect moments: I walked out on stage, and it kind of blew open, and the dress was just provocative enough, I guess, to make people interested. It’s like when Marilyn [Monroe’s] dress blew up. Even though she held it down, it was still like, ‘Oh my god!’” Lopez shared.

“Everybody was like, ‘What’s going to happen next?’ Nothing! It was all taped down, but that was the moment that captured people’s imaginations,” Lopez said of the garment which showed off her decollete right down to her belly button.

Lopez would recreate her iconic look as she walked the catwalk in Milan’s Versace Spring 2020 fashion show, where the dress made its original debut 20 years earlier.

Chloe Lewis opens up on heartache as she loses twin: ‘You expect everything to be fine and be healthy. It was horrible’

The reason Queen Elizabeth is moving to Windsor Castle