The house hunt continues for Jennifer Lopez and Ben Affleck, who were once again spotted browsing estates around Los Angeles this week. J.Lo, 52, and her actor boyfriend, 48, were photographed checking out two homes in Beverly Hills and Toluca Lake on Tuesday, Aug. 10. 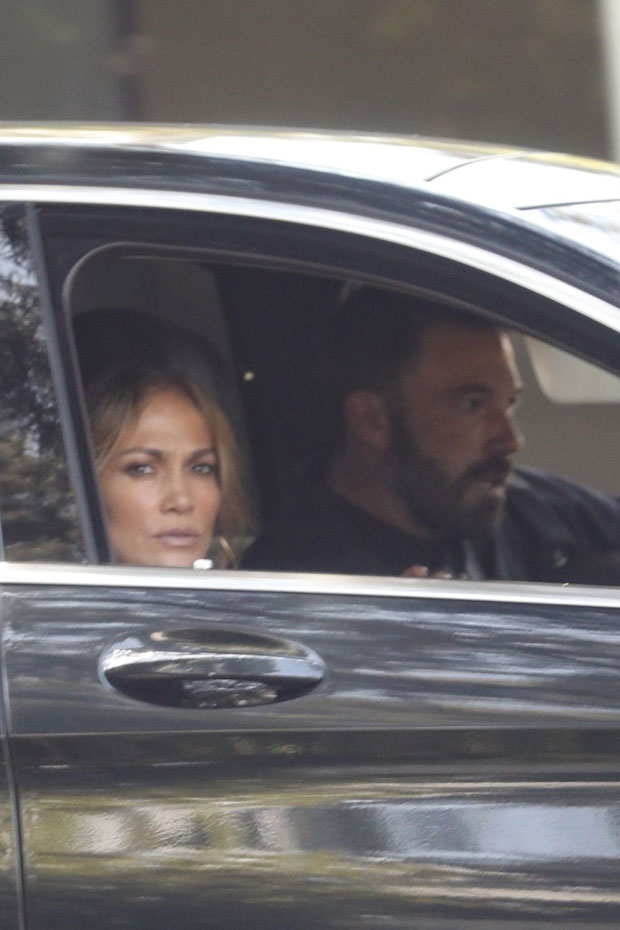 The Argo actor was photographed behind the wheel of a vehicle while his singer girlfriend looked pensive (house hunting is no joke!) in the front seat. Bennifer reportedly checked out an $85 million Beverly Hills estate with a whopping 38,000 square feet and enough parking space for 80 guests, TMZ has reported.

The duo then reportedly headed over to Toluca Lake after to check out the $40 million Bob Hope Estate, now owned by businessman Ron Burkle. It sits on a sprawling five acres and has a golf course, per the outlet. The two have been spotted house hunting across Los Angeles for the last two months now, having checked out homes in Santa Monica and the Holmby Hills neighborhood.

While all signs point to Bennifer moving in together, a source previously told HollywoodLife that the two are actually “not moving in together any time soon.” The source told HL, “That move would still be awhile from now. They spend a lot of time together and she values Ben‘s opinion on things so she brought him to look at houses for her as she gets ready to be in L.A. more.”

The insider added that such a change would be a lot for J.Lo’s two children Emme and Max, both 13, whom she shares with ex-husband Marc Anthony, given that their mom’s split from fiancé Alex Rodriguez was pretty hard on them, too. “She knows she needs to take any move like that seriously,” the source added. “Her kids were very close with Alex and his children.”

“That breakup was very hard for all of the children,” the source continued. “They did everything together, especially during COVID, and she wants to let them process what’s happened. She also doesn’t want to force or rush anything.”

The house hunting comes after Bennifer, who rekindled their romance in May following their 2004 split, celebrated J.Lo’s birthday in Europe last month. In her birthday post on July 24 (above), J.Lo sneakily snuck in the first photo with her boyfriend on her Instagram on the very last slide.

Larissa Lima Opens Up to Fans: This is My Daughter!