Home » Celebrities » Jenna Fischer's Height Will Surprise You; How Tall Is 'The Office' Star?

Though Jenna Fischer has been acting for years, she is best known for her portrayal of Pam Beesly on The Office. For nine seasons, Fischer played the receptionist and artist. Furthermore, she earned tons of attention thanks to her on-screen romance with John Krasinski. Krasinski, of course, played Jim Halpert on the show, and their natural chemistry helped them become one of the most memorable couples in TV history. Because Fischer was often standing next to Krasinski, many fans underestimated her height. So just how tall is the Splitting Up Together alum? 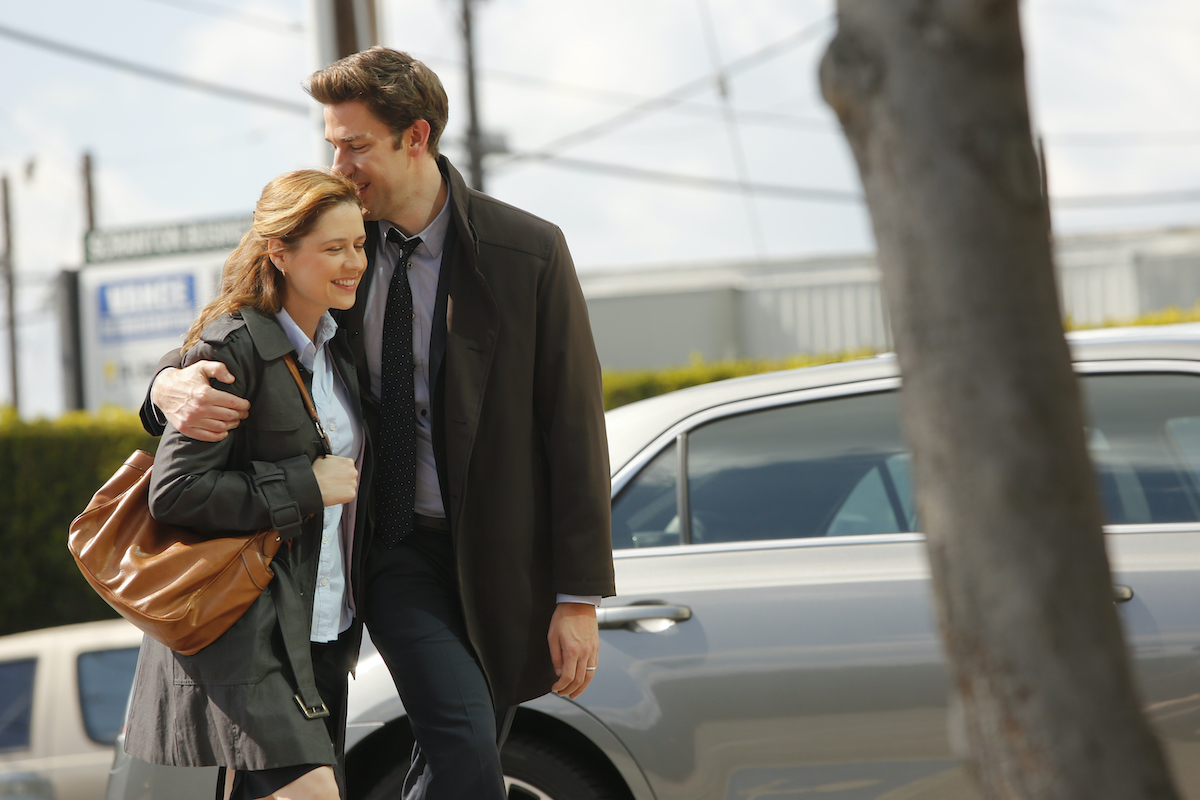 It’s no secret that Fischer got her big break when she was cast on The Office. But landing a series regular TV gig was a long time coming for the actor. Fischer developed a passion for performing when she was a young child and continued acting throughout her high school days. When the time came for her to go to college, she decided to major in theater. Shortly after graduating, she moved out to Los Angeles to pursue her dreams.

But Fischer was anything but an overnight success story. She was grinding for years before she got the audition for Pam. Fortunately, years of hard work meant she’d developed a relationship with The Office‘s casting director, Allison Jones. When Fischer hopped on the phone with Jones to ask her for some pointers about her upcoming audition, she received some quality advice about how to look and act that would help her book the highly coveted part.

On The Office, Fischer had the opportunity to work with a lot of talented actors. Many of her scenes featured tall actors, including Rainn Wilson (Dwight K. Schrute), David Denman (Roy Anderson), and Krasinski.

Krasinski stands at 6 feet 3 inches. And because he was one of Fischer’s main scene partners, many fans assumed Fischer was short. However, the Office Ladies podcast co-host is actually above average height for an American woman. She stands at 5 feet 6 inches tall. Clearly, standing next to very tall people will make anyone seem a bit shorter.

Fischer shared the advice she got from Jones about her audition with NPR.

“What she said was, don’t come in looking pretty; which, you know, a lot of times, when you go in on an audition, they want you to look inappropriately sexy or hot for the role,” Fischer said. “And I used to get called in to play things like, oh, like, a third-grade schoolteacher but look really hot. And so, in this instance, the — when I went in for The Office, the casting director said to me, she said, please look normal. Don’t make yourself all pretty, and dare to bore me with your audition. Those were her words. Dare to bore me.”

Fischer took Jones’ advice to heart, giving one-word responses when she was interviewed as Pam. Her understanding of the role and her chemistry with Krasinski led to her being cast in The Office.

Will Ferrell films scenes for Eurovision film with Rachel McAdams