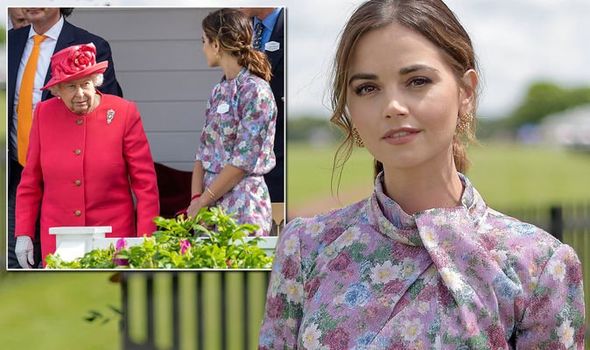 Jenna Coleman, 33, who has portrayed a young Queen Victoria in ITV drama Victoria since 2016, came face to face with Queen Elizabeth II at the weekend.

The English actress, who shot to fame almost 15 years ago when she starred in soap opera Emmerdale, was pictured at the Cartier Queen’s Cup Final 2019 on Sunday which was also attended by the Queen.

The television star looked stunning in a floral ensemble by Erdem for her royal encounter at the star-studded polo match.

The lilac number, which was in fact a separate sequinned top and skirt, was teamed with a pair of pink and diamanté pumps from Malone Soulier.

Wearing her hair in a chic low ponytail with soft tendrils framing her face, the pretty brunette was seated directly in front of Her Majesty at the event.

Queen Elizabeth II, who is the great-great granddaughter of Queen Victoria, was pretty in pink opting for a round-neck coat with gold buttons and matching hat.

Her Majesty adorned her outfit with a beautiful diamond and pearl brooch and wore a classic pearl necklace and coordinating earrings.

During the Windsor event, which took place on Father’s Day, the Queen appeared to glance at the actress with a disapproving look as she made her way to the lawn to present a trophy to the winning team. 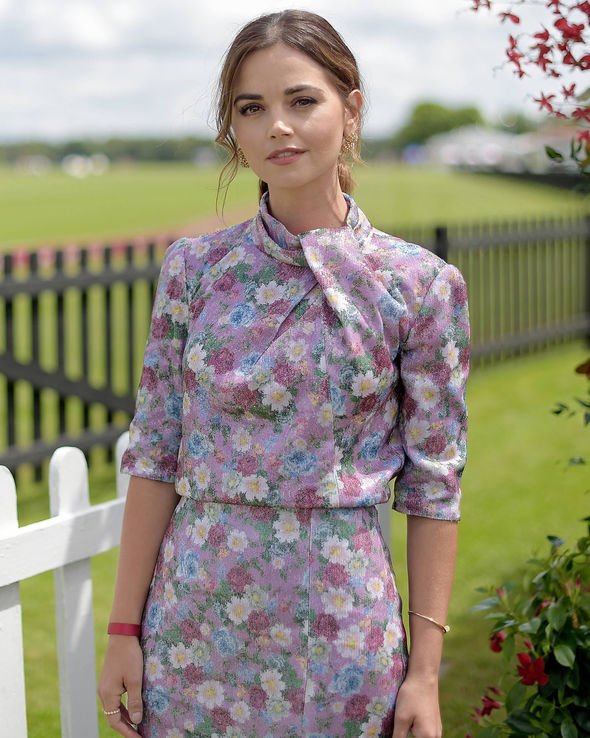 Also at the royal polo match was British jockey and former cyclist Victoria Pendleton, 38, who looked completely different from her cycling days.

As well as models Amber Le Bon, 29 and Jodie Kidd, 40, and fellow actress Eleanor Tomlinson, 27, who is best-known for playing Demelza in BBC One show Poldark.

The red-haired star turned heads in a stylish black ensemble comprised of a satin top and high-waisted skirt, which featured a thigh-high split.

Putting on a leggy display, she finished off her look with a pair of peep toe knee-high boots in a dark green leather. 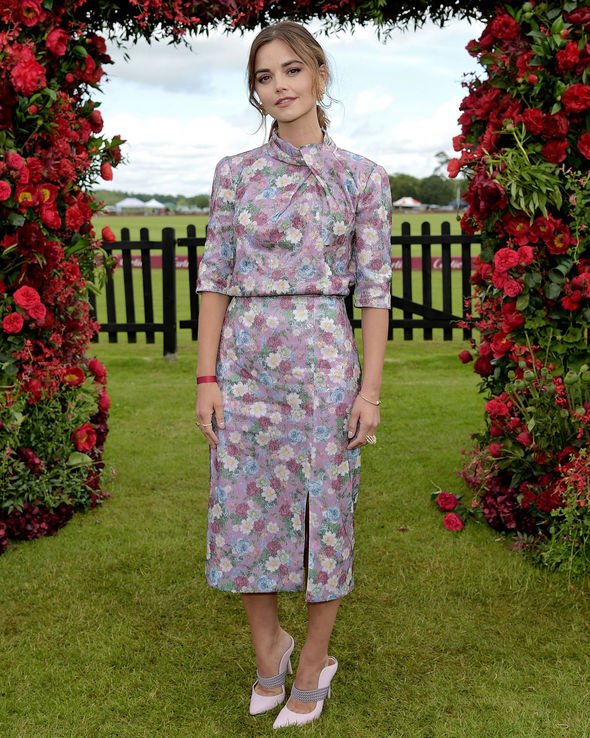 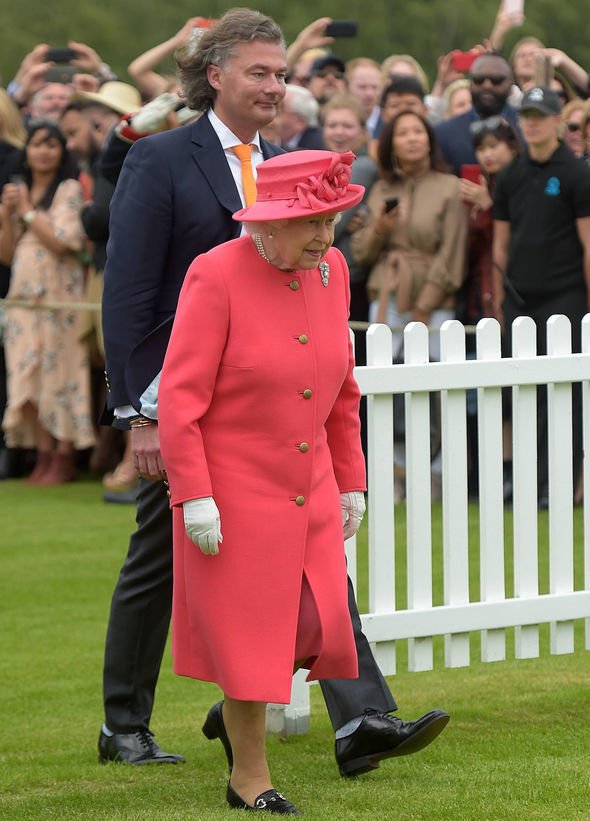 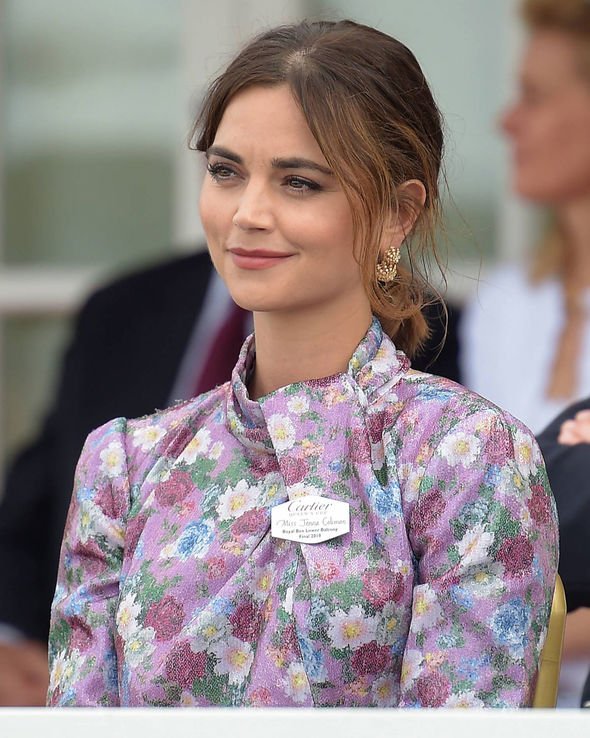 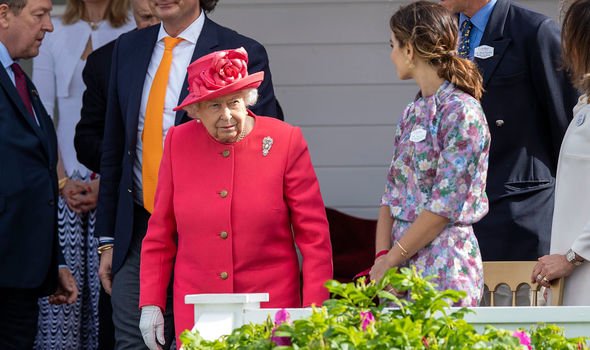 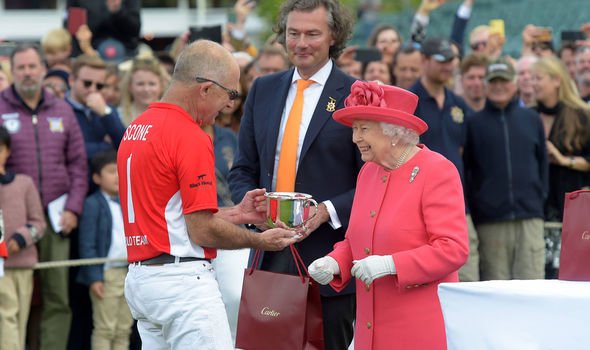 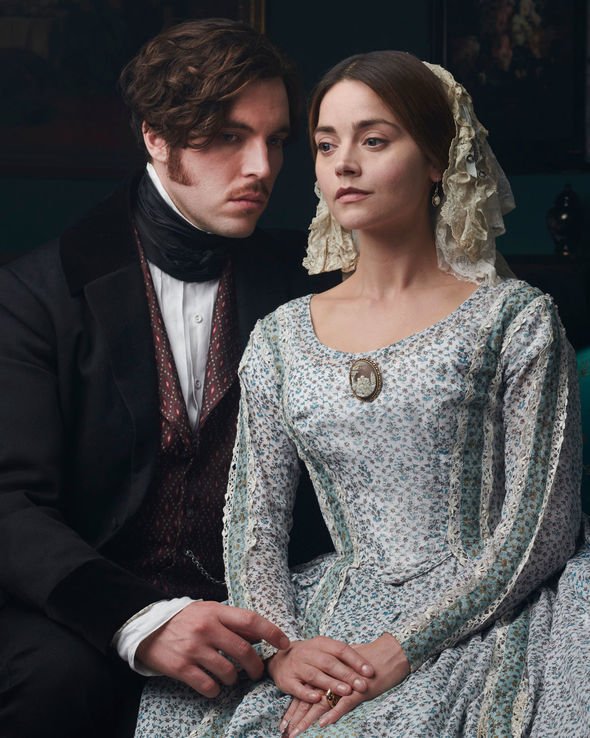 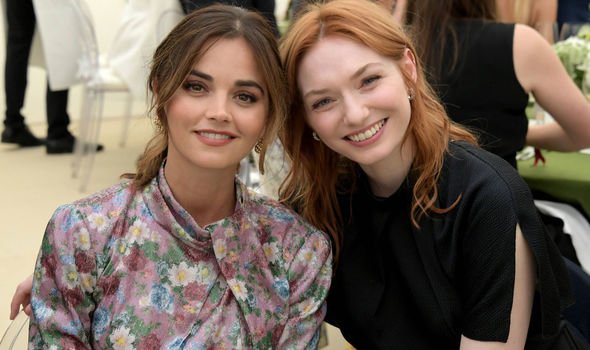 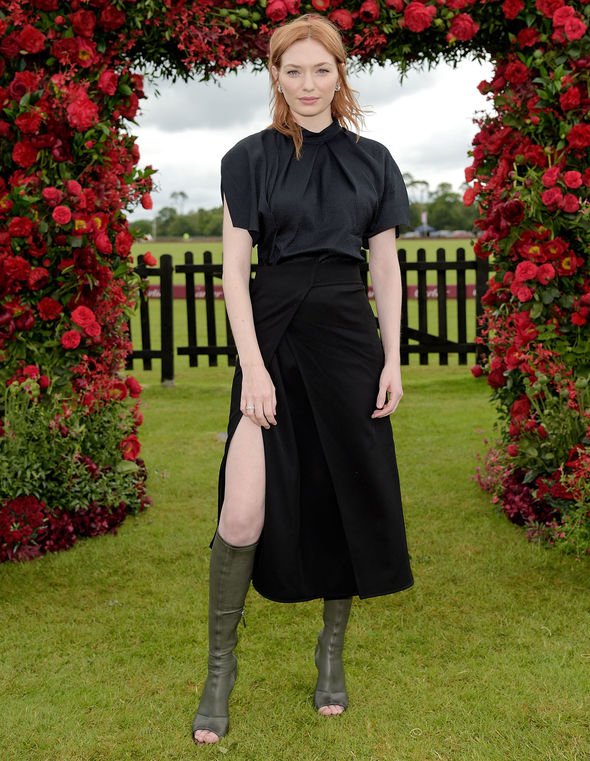 Eddie Murphy as Prince Hakeem Runs Down the Street While Filming ‘Coming 2 America’!

‘Only human!’ Dr Hilary defended by Peter Andre’s wife as he backtracks on Covid advice

'Love & Hip Hop': Shekinah Jo Opens Up About Abuse at the Hands of Ex-Boyfriends