After Jason Momoa showed love to Zoë Kravitz ahead of her debut in ‘The Batman,’ the ‘Aquaman’ actor – and his and Lisa Bonet’s teenage kids – reunited with Zoë for an NYC dinner date.

The Big Apple turned into a Momoa-Kravitz central on Monday (Feb. 28) when Jason Momoa met up with Zoë Kravitz for dinner in New York City. Jason, 42, brought the whole fam along with him: Nakoa-Wolf Momoa and Lola Momoa joined their father and half-sister, as did Zoë’s beau, Channing Tatum. The entire outing was a makeshift fashion-foodie event, with Zoë, 33, sporting a chic brown trench coat, black outfit, and black Yves Saint Laurent bag. Nakoa-Wolf, 13, opted for an outfit that featured his Doc Martens and striped shirt, while Lola, 14, went with an animal print look that was fierce. 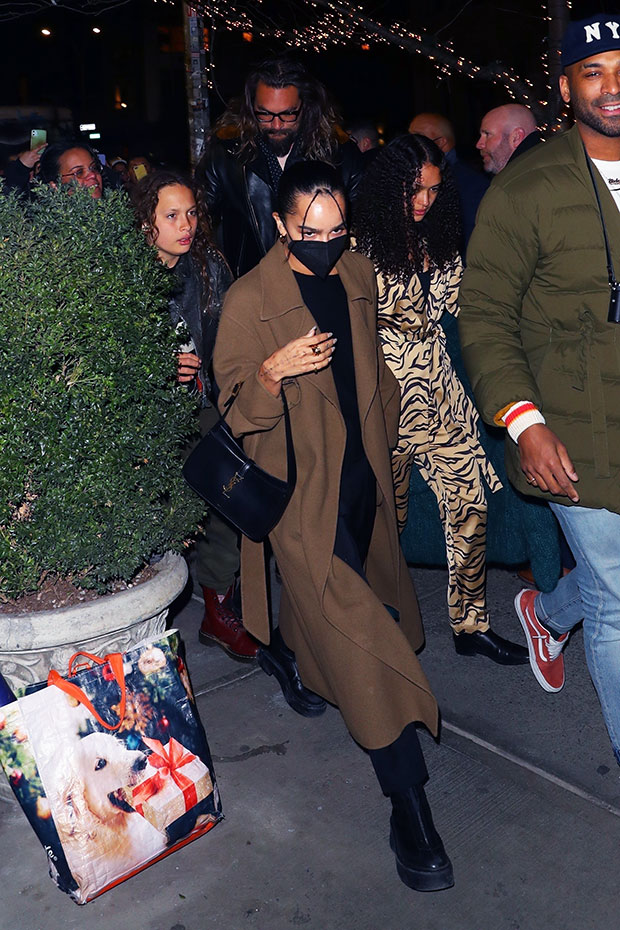 Jason wore the same jacket and pants that he had earlier in the day, though it appeared he had changed his shirt before this dinner date. Channing also changed his look for this evening. Gone was the hoodie and oversized jeans, replaced with a nice coat, t-shirt, and slacks combo. The Magic Mike star apparently wanted to clean himself up before heading out for a night in the Big Apple. 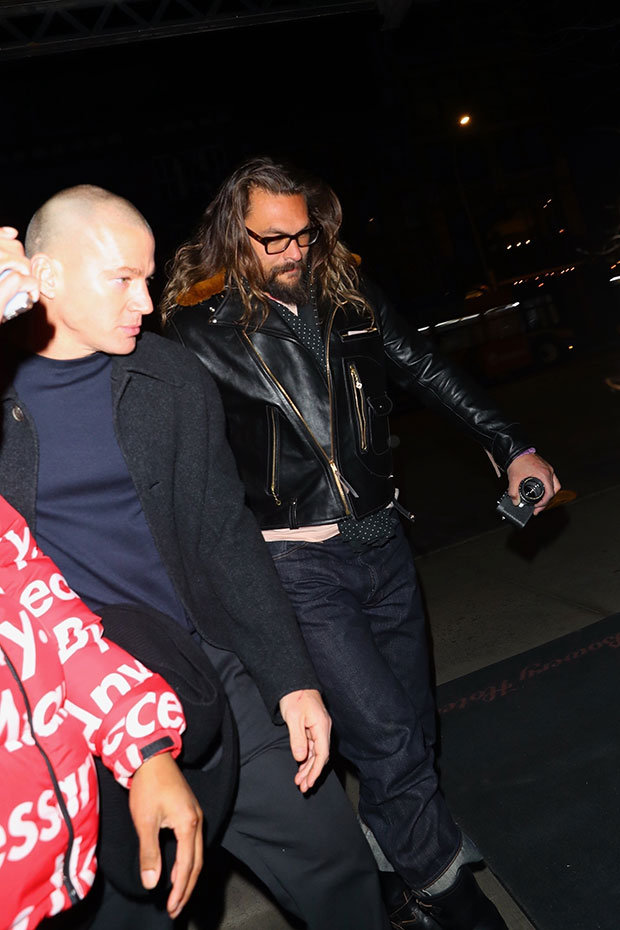 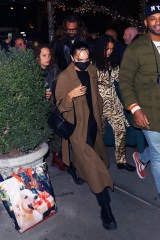 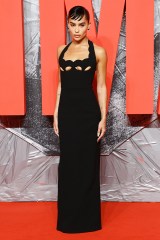 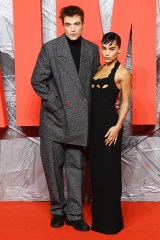 Earlier in the day, Channing posed alongside Jason on an unidentified airfield’s tarmac for a pair of Instagram photos. Jason said that he and Channing were “on our way to see our ZOZO” in The Batman premiere. “I’m so beyond proud of you, @zoeisabellakravitz all my aloha to @adamweitsman and @daveophilly for making this happen at the last minute. mahalo @wbpictures for the invite. we are very grateful. ALOHA J and C.”

This reunion between Zoë and Jason comes on the heels of his reconciliation with Zoë’s mother, Lisa Bonet. Lisa, 54, and Jason decided to give their marriage another shot, with HollywoodLife first reporting that Jason moved back in with Lisa in early February. “They decided to work on things rather than throw in the towel because they have so much invested in each other,” an insider shared EXCLUSIVELY with HL. “Everyone is really hoping that they can make this work this time around.”

The couple announced their separation after four years of marriage in mid-January. “We have all felt the squeeze and changes of these transformational times… A revolution is unfolding ~and our family is of no exception… feeling and growing from the seismic shifts occurring,” wrote Jason in a now-deleted Instagram post. “We share our Family news~ That we are parting ways in marriage. We share this not because we think it’s newsworthy ~ But so that~ as we go about our lives we may do so with dignity and honesty.”