Putting her foot down. Jameela Jamil had plenty to say to those comparing Jennifer Garner to Jennifer Lopez as photos of the singer smooching Ben Affleck broke the internet.

“ABSOLUTELY not here for the Jennifer Garner comparison to JLo, with paparazzi pics of her working out, put right next to glamorous social media photos of JLo,” the Good Place alum, 35, tweeted on Sunday, July 25. “It’s not the nineties. We aren’t still pitting women against women over a guy…[especially] when only one of them wants him.”

The Legendary judge shared a screenshot of her tweet on Instagram, encouraging social media users to “let the Jens live” and “stop the rot” of casual sexism. “I have lived a life of so many women seeing me as a threat or a competitor, and have never wanted that, nor have I ever seen another woman as anything other than safety in numbers, or someone to be excited about,” she wrote. “I’ve also often had men actively try to pit me and other women against each other. This bulls–t comes from patriarchy, and is repeatedly infused into our psyche via the mostly but not Only tabloid media. … Let women live. let girls live. Stop the rot.” 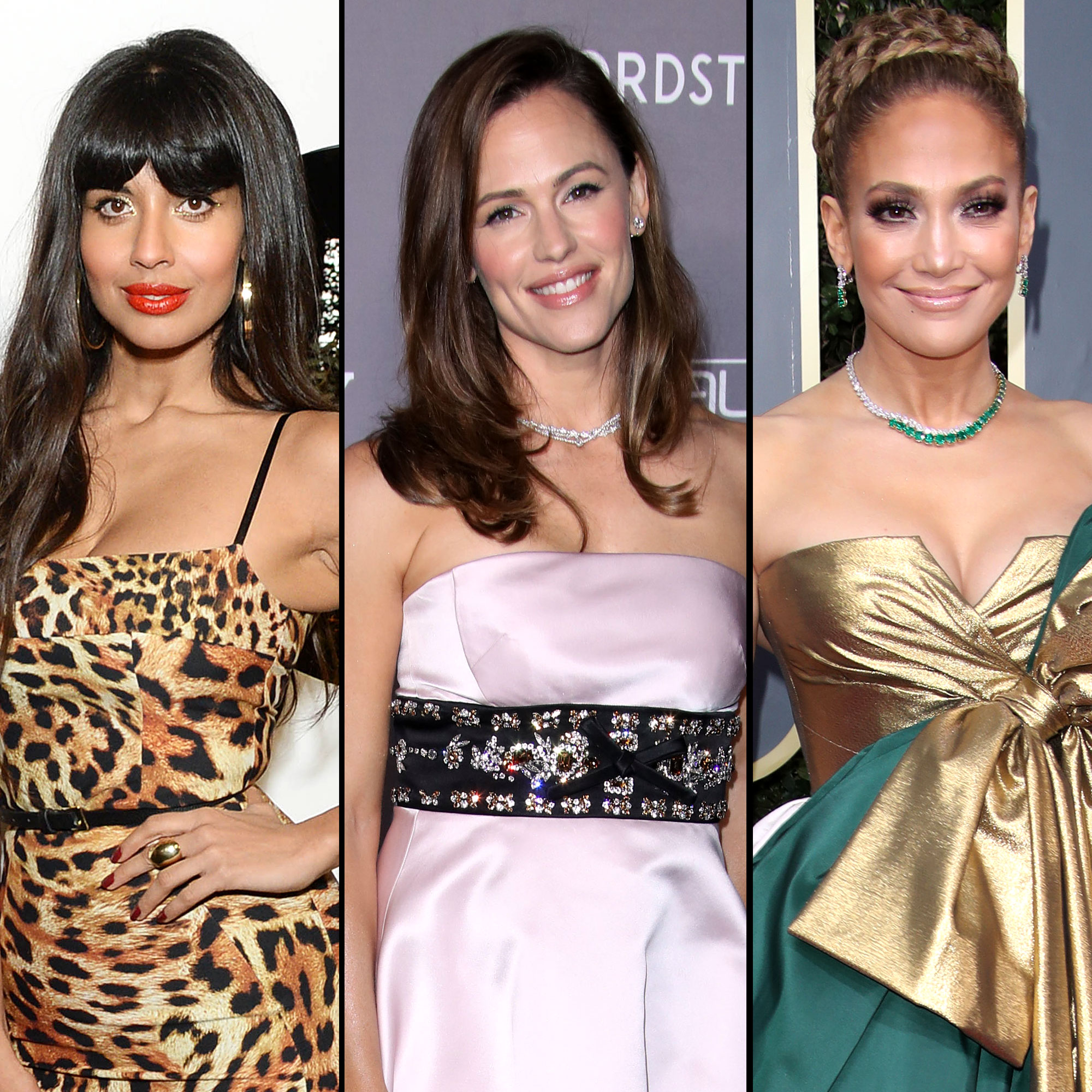 Natasha Bedingfield, Andie MacDowell and Arielle Kebbel showed their support in the comments section, applauding Jamil for using her voice to lift other women up.

The Misery Index host’s clapback came shortly after Lopez rang in her 52nd birthday by making her relationship with Affleck, 48, Instagram official. On Saturday, July 24, the Hustlers actress shared a series of swimsuit photos, one of which showed her packing on the PDA with the Oscar winner, to whom she was engaged for two years in the mid-2000s.

Garner, 49, for her part, was spotted out and about in Los Angeles on Saturday, dressed in an all-black workout ensemble with a baseball cap on her head. She shares Violet, 15, Seraphina, 12, and Samuel, 9, with the Gone Girl actor, from whom she split in 2015 after 10 years of marriage. Their divorce was finalized in 2018.

Lopez and Affleck were linked in April when they were spotted reuniting in the wake of the Second Act star’s split from Alex Rodriguez. After they spent time together in Montana and Miami, Us Weekly confirmed in May that the Gigli costars were “full-on dating” and “very happy together.” One month later, a source revealed there was no bad blood between Garner and the Grammy nominee.

“J. Lo has Jennifer Garner’s seal of approval,” the insider told Us. “J. Lo thinks Jennifer is a kind and wonderful person and an amazing mother. … Ben is great with kids and that is what really rekindled J. Lo’s attraction to him.” 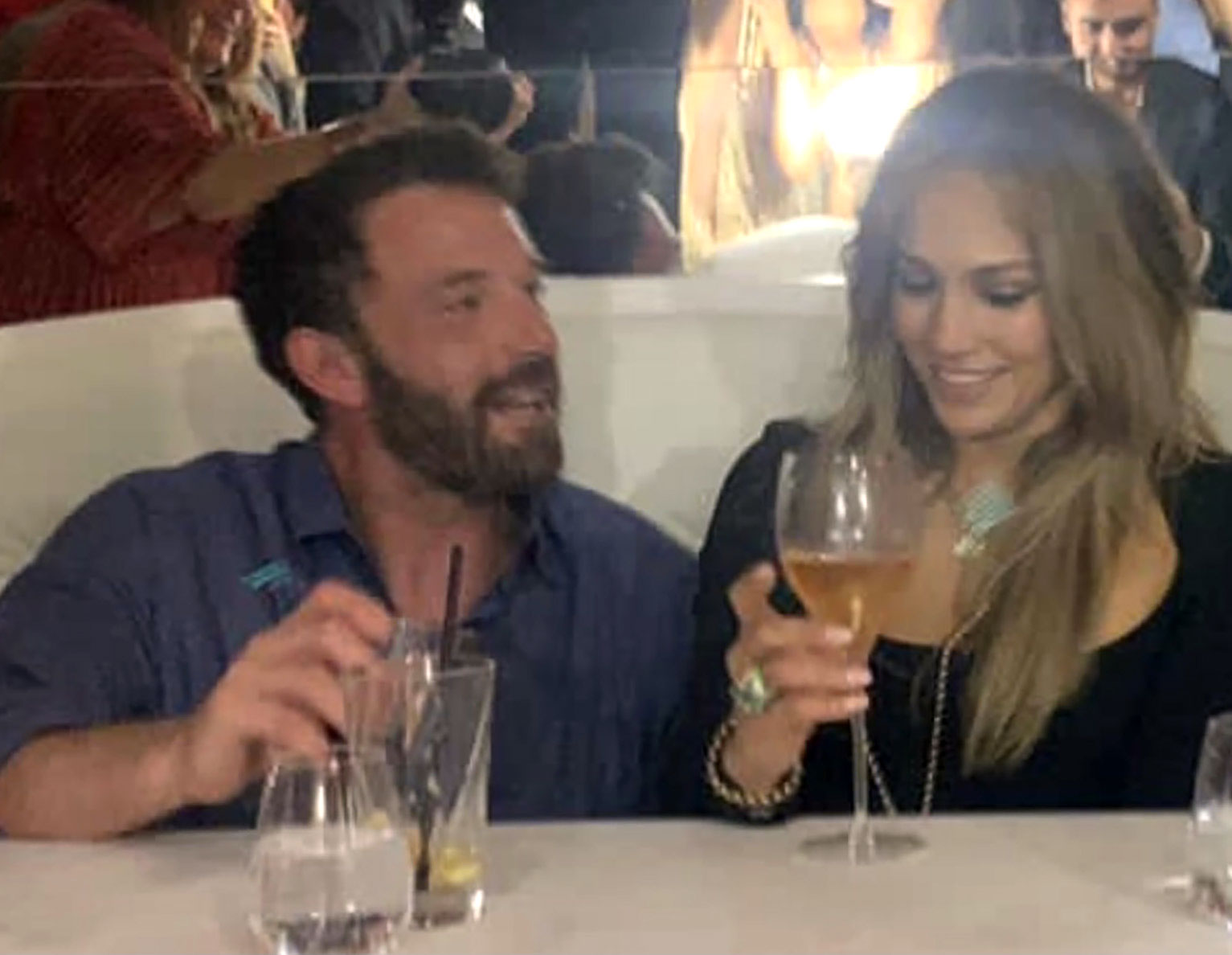 The “Get Right” singer shares twins Emme and Max, both 13, with ex-husband Marc Anthony. Before calling it quits in 2014, the exes were married for 10 years. While Lopez was initially hesitant to introduce her kids to Affleck, they took the major step in June during dinner in Malibu.

Because the teens had “such a sweet connection” with Rodriguez, 45, Lopez aimed to take things slow this time around. “[Alex] really doted on them and was a model stepdad. They’ve had to adjust to this new dynamic of him not being around anymore,” an insider explained in May.

Before making Bennifer 2.0 official on Saturday, Lopez had been tight-lipped about her budding romance — but she admitted to feeling happier than ever.

“I’m super happy,” she gushed during an interview with Apple Music’s Zane Lowe earlier this month. “I know people are always wondering. ‘How are you? What’s going on? Are you OK?’ This is it. I’ve never been better. … I love all the love that’s coming my way right now and all of the good wishes. And I just want everybody to know that it’s the best time. It’s the best time of my life.”

How Did Chris Evans and Anthony Mackie Meet?