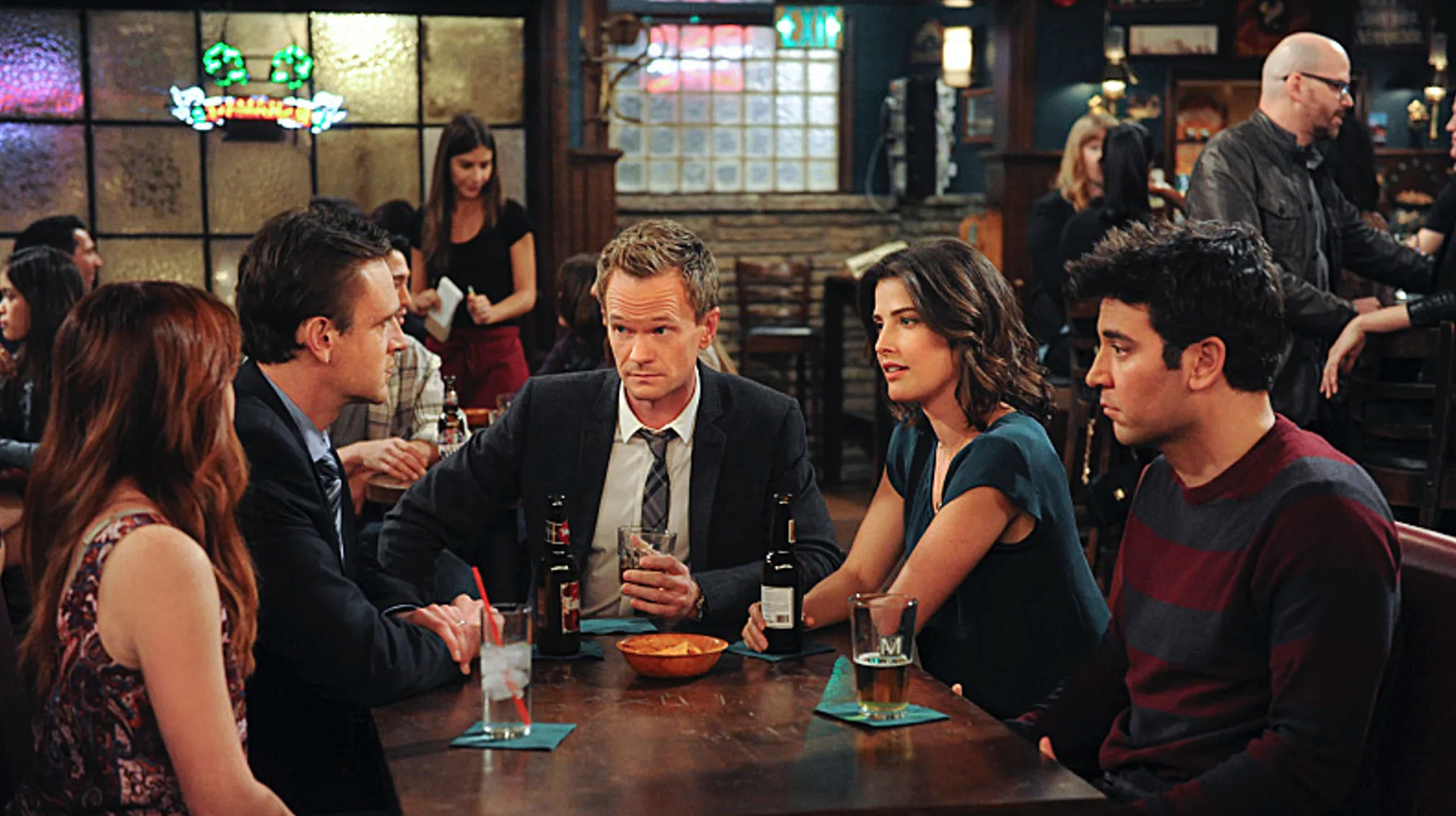 From yellow umbrellas to blue French horns, CBS’ How I Met Your Mother created quite a unique fandom back in the day. The nine-season sitcom premiered in 2005 and followed a group of pals friends as they experienced love, heartbreak, loss, and plenty of laughs. Fans were devastated when the series ended in 2014, but it looks like HIMYM is getting its redemption with a spinoff. While fans wait for the release date, cast, trailer, and plot of Hulu’s How I Met Your Father, here are all the details, straight out of Barney’s playbook.

In case you need a recap since last visiting McLaren’s Pub, the series followed Ted (Josh Radnor) and his friends Marshall (Jason Segel), Lily (Alyson Hannigan), Barney (Neil Patrick Harris), and Robin (Cobie Smulders) as they experienced young adulthood in NYC. While many viewers were less-than-pleased about the HIMYM series finale, the franchise is officially getting another shot to tell an epic love story.

On Wednesday, April 21, Hulu picked up How I Met Your Father. While there are still plenty of details up in the air, the few specifics already released are enough to get any HIMYM fan hyped.

‘How I Met Your Father’ Release Date

Unfortunately, How I Met Your Father doesn’t have an official release date as of April 28. Still, considering how Hulu’s description places the series in 2021, there’s hope the show will premiere before the end of the year. Since there’s so much hype surrounding the release — and a passionate HIMYM fan base already built in — there’s chance Hulu will prioritize production of How I Met Your Father.

‘How I Met Your Father’ Trailer

Since How I Met Your Father is still in the very early stages, there’s no trailer to watch as of April 28. That said, Hulu is known to drop some pretty epic teasers, so keep your eyes pealed as production for the spinoff ramps up.

‘How I Met Your Father’ Cast

On Wednesday, April 21, Hulu announced the news about the sequel series, with Hilary Duff starring as the lead role. While there’s currently no news on whether or not any original HIMYM cast members will return, here’s hoping they do for a legen — wait for it — dary reunion.

‘How I Met Your Father’ Plot

Duff will star in the new series as Sophie, a woman telling her son the story of how she met his — you guessed it — father. Duff’s role mirrors Josh Radnor’s lead role as Ted Mosby in the original HIMYM series. In addition to starring as Sophie, Duff will also serve as a producer in the series.

According to Screenrant, Sophie’s story will follow a similar formula to the original series as she and her best friends navigate life and modern dating. And since How I Met Your Mother’s showrunners Carter Bays and Craig Thomas are set to return as executive producers and the new writing team will consist of This Is Us‘ Isaac Aptaker and Elizabeth Berger, you know it’s gonna be good. Hulu picked up the spinoff for 10 episodes, but if it’s well received there’s definitely a chance more will be ordered.

Check this space for more updates about the spinoff as they arrive and in the meantime, you can stream How I Met Your Mother on Hulu.