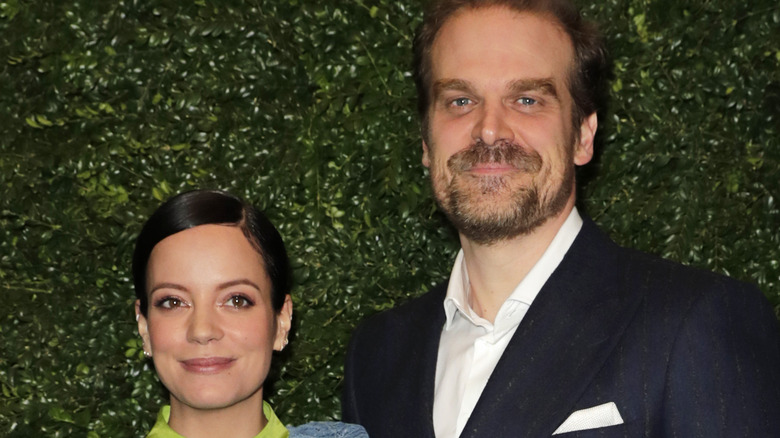 Pop singer Lily Allen and “Stranger Things” actor David Harbour shocked fans when they announced their surprise wedding in September 2020. The two had been together for about a year before walking down the aisle, with Elle reporting that they first began dating back in July 2019. Harbour and Allen tied the knot in Las Vegas with an Elvis impersonator serving as the officiant in an unconventional ceremony attended by Allen’s two young daughters, Ethel and Marnie.

Harbour confirmed the happy news when he posted a picture of himself and Allen on their big day to his Instagram account with the caption (via People), “In a wedding officiated by the king himself, the people’s princess wed her devoted, low born, but kind credit card holder in a beautiful ceremony lit by the ashen skies courtesy of a burning state miles away in the midst of a global pandemic.”

The lovebirds are celebrating their one-year anniversary on Sept. 9, 2021, and many fans were curious as to how they met in the first place. Luckily, Allen provided all the glorious details to The Sunday Times Style, and the story is super adorable.

David Harbour and Lily Allen met on a dating app 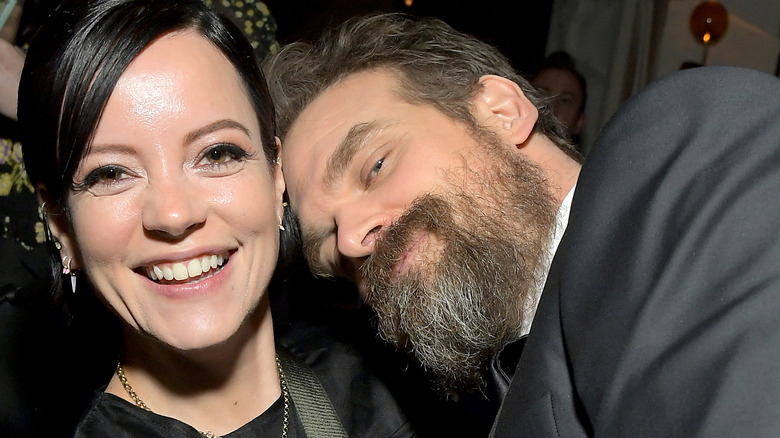 Celebrities are just like us, right? According to an interview with The Sunday Times Style, via the Mirror, Lily Allen confessed that she met husband David Harbour on a dating app. The exclusive app in question, Raya, is a “membership-based community for dating, networking, and making new friends,” per the company’s official website. Celebrities often use Raya in lieu of other dating apps as the company is known for providing a higher level of discretion and privacy.

According to Allen, she matched with Harbour on Raya, and the two went on their first date in London when the actor was filming “Black Widow.” “We went to the Wolseley — I’m so posh! — and there’s this middle table in the middle section that’s underneath a clock, and I remember looking at him,” Allen told The Sunday Times Style (via the Mirror), “and it reminded me of Leonardo DiCaprio in ‘Titanic,’ you know? When she’s going to meet him under the clock.”

Apparently, they hit it off at the Wolseley, as they’ve been inseparable ever since. And, thankfully for these two, their relationship has been much more successful than Jack Dawson and Rose DeWitt Bukater’s was.

Usain Bolt’s Olympic Photo Is the Definition of Social Distancing