“Who are you?” Bond asks. “My name is Pussy Galore,” she replies in the ever-so-slightly husky voice that became one of Honor Blackman’s trademarks. “I must be dreaming,” sighs 007. It remains one of the most iconic moments of the 1964 movie that made Miss Blackman a star, playing the smouldering private pilot of gold-grabbing baddie Auric Goldfinger. Yes, she was already a household name for appearing as Cathy Gale in the Avengers alongside Patrick Macnee’s John Steed from 1962 until 1964. But Goldfinger, the role for which she left the television show, was what she would be forever associated with. Her death at the age of 94 from natural causes at home in Lewes, East Sussex, was announced yesterday. The news brought a host of show business tributes. Comedian David Walliams said Miss Blackman would “live forever” as Pussy Galore. While director Edgar Wright remembered her as the “ultimate Bond girl and original Avenger”.

Bond producers Michael G Wilson and Barbara Broccoli said in a statement on Twitter last night: “Today we mark the passing of a film icon, Honor Blackman who shall forever be remembered as Pussy Galore in Goldfinger. She was an extraordinary talent and a beloved member of the Bond family.”

Even though more than half a century has now passed since Goldfinger’s release, many feel Blackman is yet to be bettered as the sexiest and most formidable woman of the franchise, a role model for an emerging generation of liberated women.

Which is not to say that she particularly relished the title Bond girl. Though she remained enormously fond of the movie, and proud of her role, she admitted finding the label annoying. In October 2015, aged 90, she wrote: “We are women and actresses!”

Miss Blackman was 39 when she appeared as Pussy Galore, making her the oldest actress to star opposite 007 until the casting of Monica Bellucci with Daniel Craig in the 2015 movie Spectre.

Her own appearance, in a fitted black trouser suit “35,000 feet flying south-west over Newfoundland” remained special to Bond fans. Having been told she is Goldfinger’s personal pilot, Connery replies: “You are? Just how personal?” Blackman snaps: “I’m a damn good pilot, period.” Adding: “You can turn off the charm, I’m immune.”

Until then, that was most definitely not how Bond girls were supposed to behave. Pussy was more than a match for 007, and he knew it. 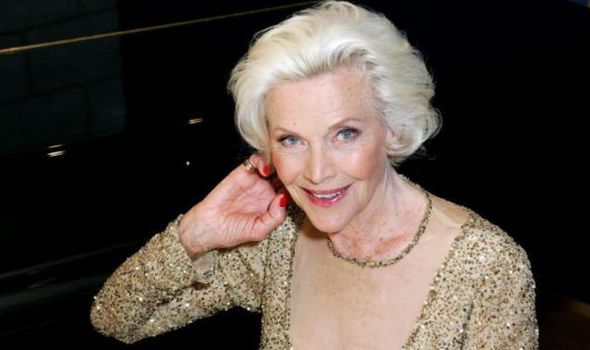 Blackman and Connery positively sizzled together on screen, becoming allies who foil a plot to rob Fort Knox after a literal roll in the hay. But despite the on-screen chemistry, Miss Blackman insisted their relationship went no further, despite describing Connery as the sexiest man she’d ever met.

“There were endless flickers with Sean.

How can you avoid it? I think it was part of the reason that the film was so good. It’s visible if you do find someone attractive,” she once said.

Years later she joked that playing Pussy Galore, who refused to bow to a man, had given her a keen lesbian fan base.

“There were some lesbians who lived near me,” she said. “And they used to pop notes through my letterbox, asking if I’d go to their parties with a whip.”

Of Connery, she later said he was “a mass of chips on his shoulders”, adding: “Don’t be fooled by Sean’s lorry-driver press. He may have had humble beginnings but the man I got to know simply gushed high-living refinement.”

Born in Plaistow, east London, in 1925, the daughter of a civil servant, Blackman trained at the Guildhall School of Music and Drama. For her 16th birthday, her father Frederick Blackman offered her elocution lessons or a bicycle. She chose the former which she felt opened the door to performing for her.

Their relationship was difficult. He was ambitious, sometimes tyrannical, but taught her how to box because he wanted his daughter and only son, Ken, to be able to defend themselves against playground bullies. Sadly, he died just before she got her role in The Avengers.

Her eight-decade career began in 1946 in the film Fame Is The Spur before a series of small roles in TV and film. But her breakthrough came in the sixties playing karate expert Mrs Cathy Gale alongside Patrick Macnee, who died in June 2015 aged 93, as the bowler-hatted John Steed.

Macnee needed a sidekick for The Avengers and wanted his co-star to be a woman. She clearly threw him into a fervour at first sight: she possessed, “a magnificent ‘bust and the lithe hips of a boy scout,” he later recalled.

Miss Blackman, who was newly married then to her second husband, the actor Maurice Kaufmann, complained the stunts and fight scenes demanded of her were impossible in a dress.

It was co-star Macnee who reputedly suggested a skintight catsuit might be more practical. They took hours to fit but were an immediate hit.

The early costumes were actually red, but on the black and white TVs then common, they appeared black.

Ratings soared and The Avengers became the raunchiest British TV show ever screened. After shooting an action scene, Macnee later recalled how he tried to seduce What his co-star. He poured her a drink in his dressing room and made a pass.

Miss Blackman leapt to her feet.

“Oh Patrick,” she snapped, “come off it. I’m sweating like hell, my feet are killing me and I smell like a polecat. The answer’s no!” The pair remained friends and made a novelty pop hit in 1964, Kinky Boots, which reached the Top 10 in 1990. 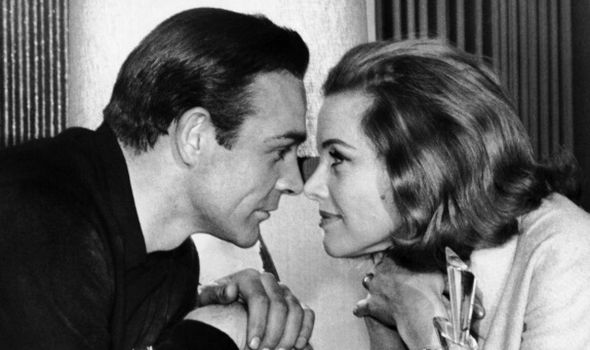 Her other major roles included the vengeful goddess Hera in Jason and the Argonauts (1963) and as Laura West in the 1990s sitcom The Upper Hand.

She also appeared in theatrical productions including The Sound of Music, My Fair ‘Farewell Lady and Cabaret. Her later TV work included guest appearances in Columbo, Minder and Doctor Who.

In The Upper Hand, also starring Joe McGann, she played the young-at-heart mother of the lead female character, Caroline Wheatley (Diana Weston), and said it “made women who’d just retired and felt they’d been put on the back-burner realise they had a lot of life left to live”.

She was married and divorced twice. Her marriage to businessman Bill Sankey broke down and ended in divorce, all of which took its toll. She had a nervous breakdown at the age of 29 and spent four weeks as an inpatient followed by five years of therapy.

Aged 37, she married Maurice Kaufmann and they adopted two children, Lottie and Barnaby.

Her second marriage ended in divorce, in 1975, when the children were still at primary school, but she helped nurse her ex-husband when he was dying from cancer in 1997.

She was an active Liberal Democrat supporter and a staunch republican who turned down a CBE to avoid looking hypocritical.

In 2000, along with tens of thousands of other victims, she lost money in the Equitable Life scandal when the world’s oldest life assurer faced near collapse. She saw the monthly income from her policy fall by half as a result.

Looking back on her career in recent years she said she got “yards and yards” of unwanted male attention, adding: “But one got used to being able to deal with it.” 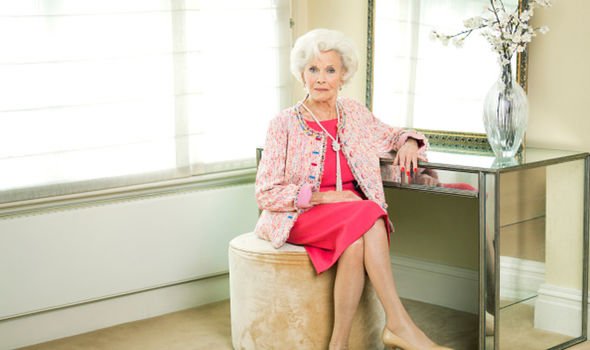 One one occasion, she was interviewed for a part in a film by the Welsh actor and director Ray Milland. She recalled: “They said go to his hotel suite for the interview. I didn’t think anything of it.

“I finished up having to run round and leap over the seats and chairs to get out of there.”

In recent years, she toured and performed in her show Honor Blackman.

Her family said that in it she looked back over “her astonishing life, her beginnings, her family, and her rise to stardom with her usual sense of humour and perspective”.

Announcing her passing yesterday, Miss Blackman’s family described her as an “adored mother and grandmother” who possessed “an extraordinary combination of beauty, brains and physical prowess”.

The statement issued by her family said: “With an extraordinary combination of beauty, brains and physical prowess, along with her unique voice and a dedicated work ethic, she achieved an unparalleled iconic status in the world of film and entertainment.

“With absolute commitment to her craft and total professionalism in all her endeavours she contributed to some of the great films and theatre productions of our times.”

Miss Blackman carried on playing demanding roles in the West End into her 80s and retained the looks, glamour and style of a much younger women.

But as the many tributes attested, she will always be remembered as Pussy Galore.