Annabelle Comes Home is the seventh movie in the Conjuring franchise — but the first which may have actually been haunted IRL.

According to various sources a lot of strange things happened on set during filming of the scary movie sequel.

Production notes on the film list a piano bench “moved overnight on several occasions, though no crew members were working, and the stage was locked.”

And yes, for Conjuring fans, it was the piano in the artifacts room.

Photos: Was ‘The Crow’ The Most Cursed Movie Of All Time?

A journalist visited set one day, and his watch “went haywire, with it changing time, speeding up and jumping ahead hours at a time. But when he put it on the next day, the time was accurate and everything was back to normal.”

But the worst of it was surrounding the film’s young lead, McKenna Grace. 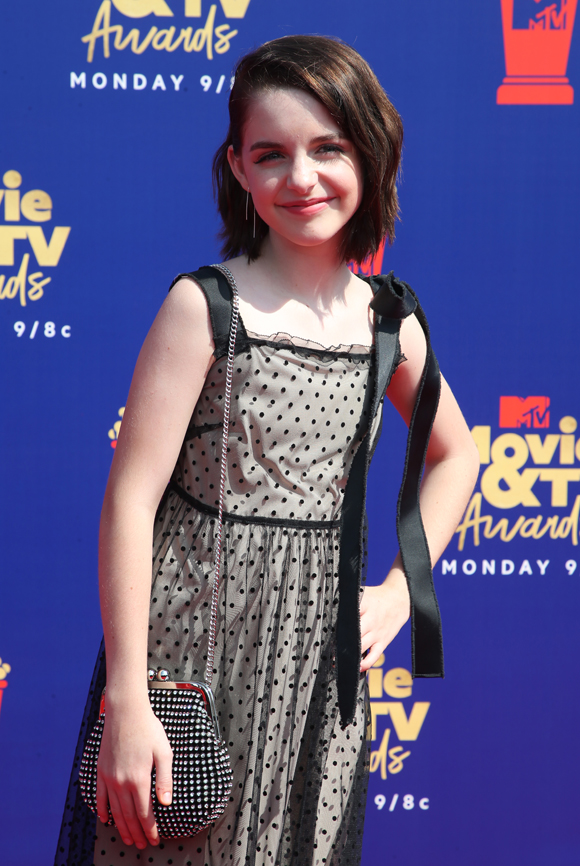 The rising star, whom you may have seen as young Carol Danvers in Captain Marvel or young Sabrina in The Chilling Adventures Of Sabrina, seemed to be at the center of multiple unexplainable events.

Speaking to The Wrap, she broke down her experiences:

“There’s a lot but I’ll start with a short one: I woke up one morning and I had this weird, small cut near my hairline on my forehead and it was in the shape of a triangle.”

That is weird, especially the shape. And her director didn’t help matters with his explanation.

Hilariously, McKenna got one extra spook — when she was telling the interviewer about that experience a car passed by with an alien sticker on it!

OK, hit us with worse… We can take it…

“When all of us were on set together for the first time, the lights went out and we were all freaking out and asking, ‘Annabelle, are you there?’ Then, the lights turned back on and my nose was bleeding so heavily. It happens sometimes because of allergies but not this heavy — as soon as I left set to get a tissue, it stopped.”

The production notes detail the 12-year-old experienced “unexplained loss of power in her trailer, doors that she found open when they had been shut, a shadowy figure asleep in one of the empty rooms on location.”

Not only that, a “witch bottle” she got as a gift began to heat up out of nowhere and burned her hand. A glass case suddenly fell over right where McKenna and costar Madison Iseman had just been standing.

And lest you think this was just the imagination getting the better of a kid on her first horror set, this is NOT McKenna’s first rodeo.

She played young Theo on Netflix‘s The Haunting Of Hill House, which was filmed on an enormous house set full of statues and hidden ghost extras. 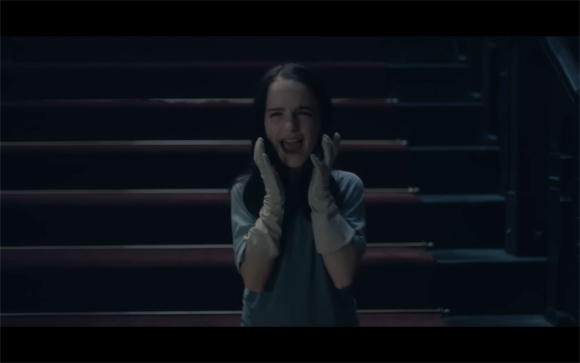 The creepiest one to us?

“…during filming, Grace brought a new instant camera to set to take pictures with cast and crew, but every time she snapped a photo with Annabelle in it, the picture came out black.”

McKenna confirmed to The Wrap:

“I brought my camera and I took photos of everyone, and when I would take photos of Annabelle, every time, it would come out black. I took a photo of with her two different cameras, and both times, it came out black. Every other photo was fine.”

OK, that is genuinely spooky. 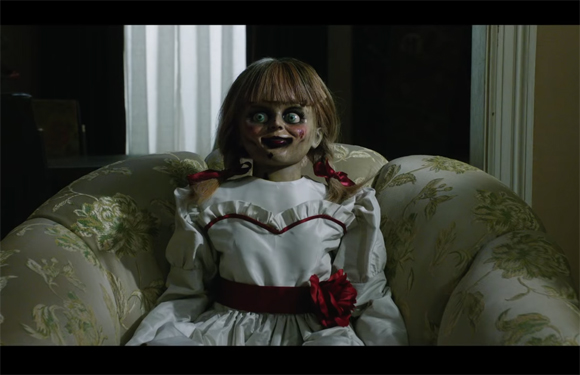 And before any cynics come for her…

“I thought it maybe was the camera reflecting the case, but I took the photos of her outside the case.”

And that wasn’t the only bizarre camera problem. Her onscreen parents, Vera Farmiga and Patrick Wilson, were witness to a really dark moment…

“I also took a photo of me, Vera and Patrick, and Patrick wears this big cross in the movie, and when I took the picture, the cross was whited out in the photo with black stuff around it.”

The crucifix was censored?? A HOLY symbol??

That wasn’t the only one. The production notes mention McKenna was gifted a “rainbow-colored rosary” — and one day the crucifix just fell off onto the floor!

“I was wearing it and all of a sudden it just broke. I had been wearing it all day and nothing happened. It just broke — it was the strangest experience.”

This is some real evil-sounding stuff…

And then there was the Annabelle doll itself…

“Madison and I had a scene where we had to walk down a corridor, and we heard three knocks on a door but the camera was rolling so we kept going. We did it a third time and we heard it again. At that point, I asked Madison if she heard it and we both thought it was weird.”

She points out for non-fans:

“In the first ‘Conjuring,’ three knocks is a sign of the holy trinity: the Father, the Son and the Holy Spirit.”

So what was behind the door??

“We opened the door and Annabelle was sitting there in a rocking chair.”

“We thought the guys were just messing with us. The next take, we heard the knock again and we opened the door again — and Annabelle was gone.”

OK, do YOU buy any of this, Perezcious readers?

Or is Warner Bros just trying to stir up excitement for their next Conjuring movie and using their tween star to sell it??

When It Comes to Celebrity Friendships, Few Can Top Christina Aguilera and Demi Lovato's