Home » Celebrities » Hollywood should let the internet cast its blockbusters

Online debate raged this week after it emerged that actress Melissa McCarthy was "in talks" to be cast as frightening sea witch Ursula in Disney's upcoming live-action remake of their classic animation The Little Mermaid.

Odd that an intriguing gig for an Oscar-nominated, comedic superstar would spark such fevered reaction, but the internet wasn't quite feeling it, with many citing the character's queer history roots, inspired as she was by cult filmmaker John Waters' drag icon Divine, as their main sticking point. 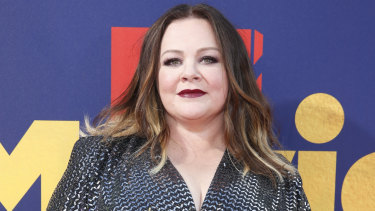 The news that Melissa McCarthy was “in talks” for the role of Ursula in Disney’s The Little Mermaid sparked debate.Credit:AP

The controversy led to other interesting suggestions from the peanut gallery – RuPaul's Drag Race star Ginger Minj, for example, and Unbreakable Kimmy Schmidt's Tituss Burgess – culminating in pop star-of-the-moment Lizzo throwing her hat into the ring via an incredibly convincing Twitter audition.

Film fans quickly took to social media to argue the pros and cons of each actor.

Film fans quickly took to social media to argue the pros and cons of each actor, and their respective abilities to curl a lip, shake a hip and down a fried peanut butter and banana sandwich. Considering he has a mini-army of devoted followers from his One Direction days, it's perhaps unsurprising Styles has emerged as a popular frontrunner (even though he's clearly more suited, lips-wise, to a Mick Jagger biopic).

The enthusiastic polemic over such casting decisions sparked an interesting proposition in this here ol' noggin (I'm pointing proudly at my head): why don't movie studios just let the people decide? Throw out a few names and let the stars duke it out over a public vote, like The Voice but for multimillion-dollar blockbusters?

The plus-sides are high: the majority of moviegoers get what they want; the studios earn massive publicity, goodwill and guaranteed box office receipts; and Idris Elba would be James Bond by now. Plus, the results couldn't be any worse than, say, George Clooney's Batman or that time Emma Stone landed a role as an Asian woman – actual decisions somehow made by actual Hollywood casting professionals. 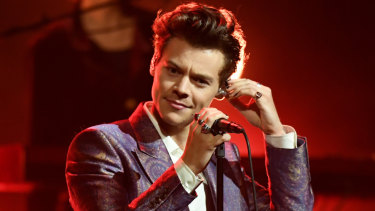 The internet wants Harry Styles to be their Elvis Presley.Credit:AAP

Of course, all genius ideas are fraught with potential threats. For starters, all those budding casting agents in casting agent school are instantly out of job prospects. Sorry guys, didn't think ahead, did you? Should've gone into the robot repair business, our future's only budding industry. You'll be OK casting agent [gently pats casting agent on head].

Also, judging from last week's Gold Logie result, the concept is heavily susceptible to public trolling, meaning, say, Tom Gleeson could end up as Baz Luhrmann's Elvis. I, for one, would buy a cheap Tuesday ticket to such a prospect, but Baz might be bummed. All those confetti guns and whiplash camera edits wasted on a lanky, red-haired Elvis. You must promise to only use your power for good, internet.

Perhaps the better prospect is somewhere in the middle, Hollywood studios leaking blockbuster casting suggestions prematurely to sound out public opinion before putting a celebrity's final ink to contract. Oh, so that's what they're doing? Can't believe it took me to the bottom of this page to figure that out. You're pretty sneaky, Hollywood. Better start practising that lip curl, Harry.