Holly Willoughby and Bradley Walsh will be on TV tomorrow in one-off show called Take Off on BBC One, which sees them offer audience members a chance to win the holiday of a lifetime to Lapland. Ahead of it airing, Holly and Bradley took part in a little Christmas quiz, with the This Morning presenter uploading a video of the moment to her Instagram account.

Bradley read out the question: “What is your favourite Christmas film?”

“This is so hard because there are so many but I’m going to say Elf,” Holly revealed.

Shocked at his reaction, Holly turned to him and asked: “Are you joking?” 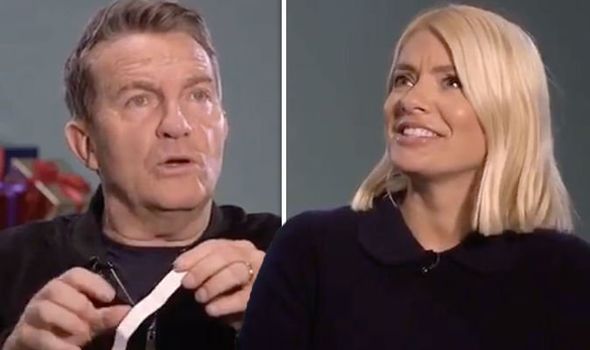 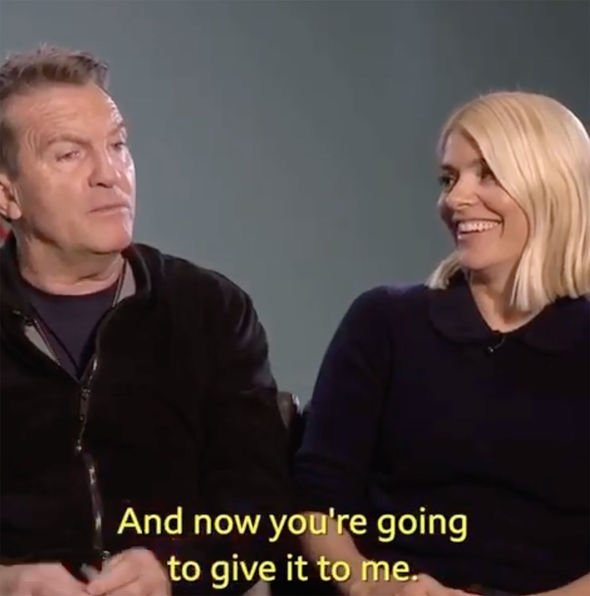 Holly wasn’t going to let it go, as she urged him to watch the Christmas movie, which stars Will Ferrell, and said he would “love it”.

“How do you know I’m going to watch it?” Bradley responded, to which Holly urged: “Because you should.”

“Well you just said you’re going to love that film,” he continued. “Is that my present? Is that what you’ve brought me?” 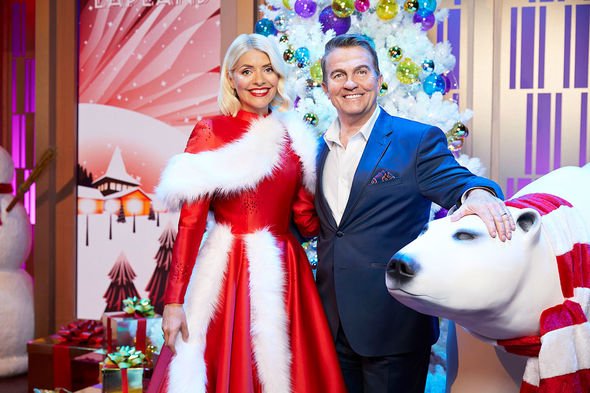 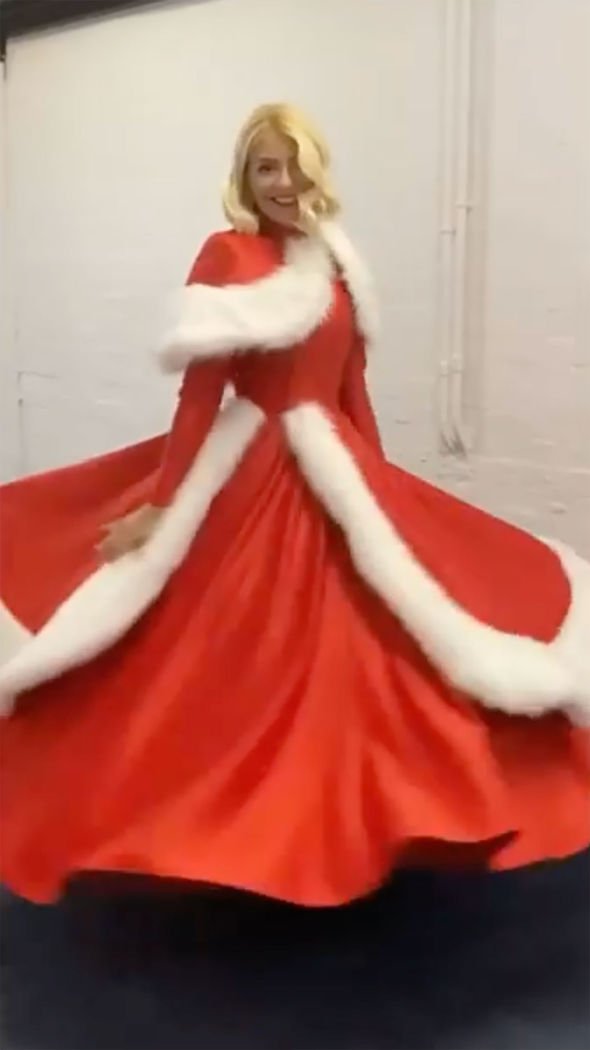 He went on, addressing Holly’s three children with husband Dan Baldwin, “And what’s happened is, Harry Chester and Belle have watched it.

“Then you’ve put it back in its wrapping, you’ve wrapped it up and now you’re going to give it to me.”

Holly captioned the video posted on her Instagram account: “To celebrate our brand new show Take Off with Bradley and Holly on @bbcone at 8pm Christmas Eve, me and @bradderswalsh have shared our favourite things about Christmas in our special Quizmas Stocking!

“Don’t miss the show, it’s a festive treat for all the family #takeof.”

Before sharing the clip of herself with Bradley, Holly uploaded a video of herself in her eye-catching gown which she wears in the show.

She was seen twirling around, showing the different stages of how the frock came about, giving a behind-the-scenes look at the garment.

Holly said it was her “dress of dreams”, as she praised the design process behind it.

She wrote: “Ending the year on a high! Christmas dress of dreams ‘The Making’ … on Christmas Eve myself and @bradderswalsh have a new show on @bbcone #takeoff 8pm…

“Pour yourself a glass and finish off any last minute wrapping…. Dress by @samsondougal… thank you!!!! X”

Take Off with Holly and Phil airs tomorrow on BBC One at 8pm.

Why The Internet Is Losing It Over Paul Rudd