Rosie Marcel, 45, played surgeon Jac Naylor on Holby City for 16 years and impressively used the medical skills learned from the BBC drama to save a stranger. The actress shared the ordeal on Instagram as she went to help the “man walking covered in blood”.

16 years teaches you some things.

Rosie took to Instagram to share two pictures of herself and the stranger as she helped him, making sure to cover his identity.

The former BBC star told her 103,000 followers about the horrifying ordeal, and many declared her a hero.

She penned: “So yesterday on my way to visit my parents in law we were driving along and saw this man walking covered in blood. Nobody stopped. So I did.

“I can’t get into details as to what had happened as it’s an ongoing investigation but I can say that he was bleeding very profusely from several large wounds on his face, head and arms. 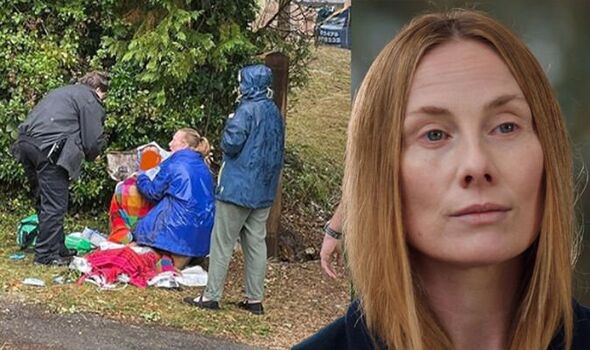 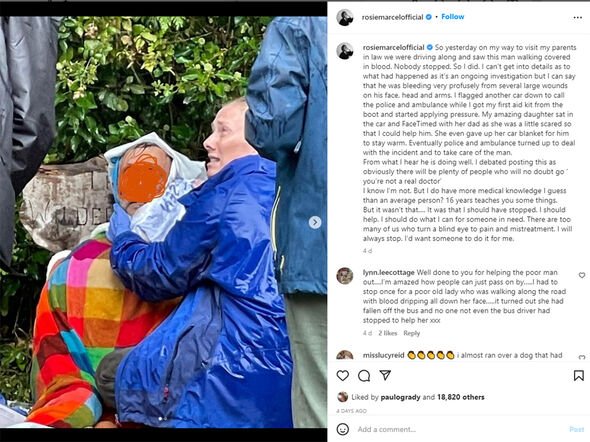 “I flagged another car down to call the police and ambulance while I got my first aid kit from the boot and started applying pressure.

“My amazing daughter sat in the car and FaceTimed with her dad as she was a little scared so that I could help him.

“She even gave up her car blanket for him to stay warm. Eventually police and ambulance turned up to deal with the incident and to take care of the man.”

Rosie then made sure to point out that she wasn’t a real doctor, but did have16 years’ relevant experience. 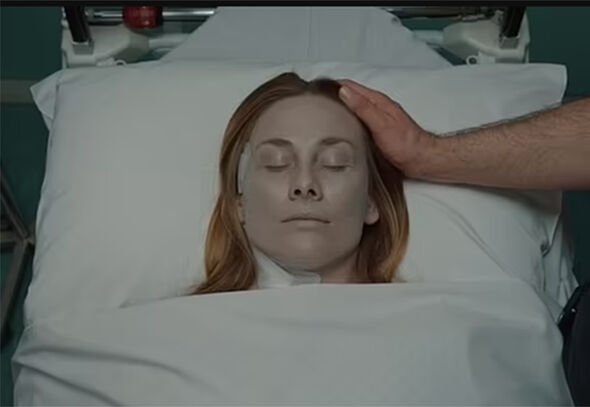 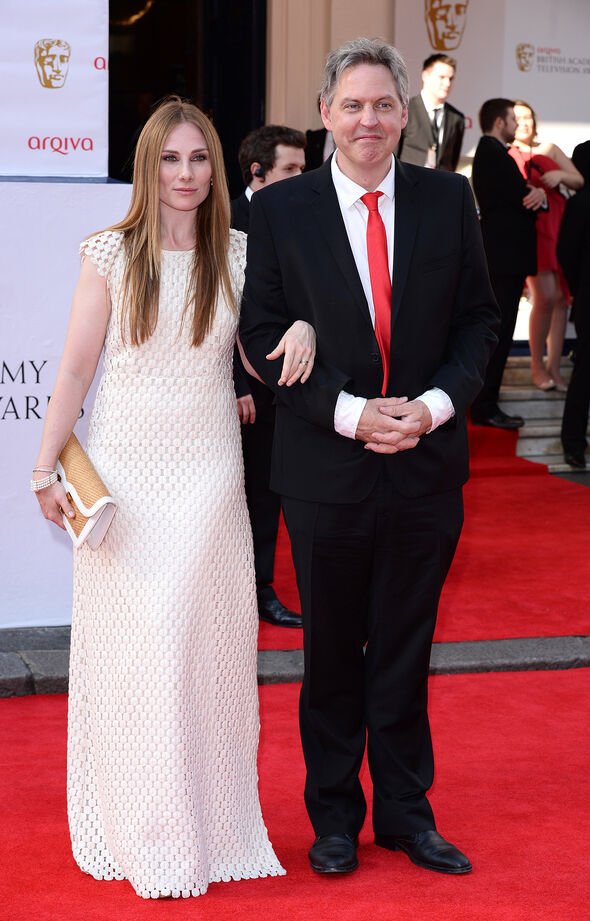 She continued: “From what I hear he is doing well. I debated posting this as obviously there will be plenty of people who will no doubt go ‘you’re not a real doctor’ I know I’m not.

“But I do have more medical knowledge I guess than an average person? 16 years teaches you some things.

“But it wasn’t that…. It was that I should have stopped. I should help. I should do what I can for someone in need.

“There are too many of us who turn a blind eye to pain and mistreatment. I will always stop. I’d want someone to do it for me.”

Social media users flocked to the comments to praise the actress for her act of bravery helping the poor man.

Amandabyram said: “Medical knowledge or not, what you did was incredible. We need to all be a bit more YOU.

Levj1 added: “Thank you for being a decent human being and taking the time to stop and help. I hope this encourages people to help others.”

_Victoriamitchell_ commented: “You don’t have to be a medical doctor to do the right thing. The fact that people don’t understand that is beyond me! Well done.”

This comes after Rosie revealed in May that she had to be rushed to the emergency room at hospital to undergo surgery.

Captioning the snap, she wrote: ‘Ended up at the old emergency room the other night.

“Stoke Mandeville is my new local ish hospital and they were brilliant. Ambulance crew were amazing too.

“Had surgery the next day and went home soon after that. Very very grateful to the nhs for looking after me and treating me quickly. #fentanyl #morphine all the good stuff!!! #nhs.”