Henry Winkler, 75, is speaking out against Scott Baio‘s latest apparent attempt to mock the spread of COVID-19. The actor responded to his former Happy Days co-star’s tweeted pic, which was an altered version of a pic that showed a maskless group of Democratic lawmakers who traveled from Texas to Washington D.C. on July 12, to block Republicans from passing two voting rights bills in a special session. In the photo, which can be seen HERE, the lawmakers are all sitting in a private plane and holding up peace signs, and since three of them later tested positive for COVID-19, the meme version included virus structures over their faces to seemingly make fun of the spread that occurred.

Scott, 60, added a thinking face emoji and a finger pointing down emoji to the pic before Henry quickly wrote his comment. “I missed it ..WHY IS THIS Funny ?? Our country is in danger ..at risk IF for NOBODY else Please Get Vaccinated for yourself,” his response read.

Other Twitter followers backed up Henry by sharing their own opinionated comments, including some about how they thought the meme was inappropriate. “It’s not funny,” one follower wrote while another wrote a comment that mentioned their Happy Days characters. “Chachi just got told off by the Fonz and I am here for it,” it read. A third follower further expressed disappointment in Scott’s tweet by sharing, “He’s ridiculous. Really sad to see what he’s become or maybe always has been.” 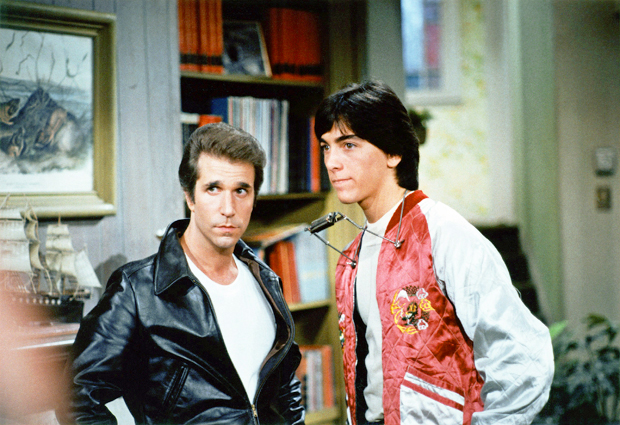 Scott’s tweet and Henry’s reaction to it comes just a day after it was reported that some of the Texas lawmakers that were on the D.C. trip have tested positive for COVID-19. The first positive result happened on July 16, just four days after they left the “Lone Star State,” and the other two results happened on July 17. The lawmakers met with Vice President Kamala Harris, who is “fully vaccinated,” for a meeting on July 13, but Symone Sanders, a spokesperson for her, reportedly said she didn’t come into close contact with those who tested positive for the virus and was therefore not getting tested or quarantining.

“On Tuesday, July 13th, Vice President Harris met with members of the Texas state legislature who are temporarily in Washington, D.C. Earlier today, it was brought to our attention that two of the members at that meeting tested positive for COVID-19,” Sanders said in a statement on Saturday, according to the Daily Mail.

“Based on the timeline of these positive tests, it was determined the Vice President and her staff present at the meeting were not at risk of exposure because they were not in close contact with those who tested positive and therefore do not need to be tested or quarantined,” she continued.

The Democratic lawmakers who tested positive for COVID-19 are reportedly now in self-isolation and will stay there for 10 days.