Not OK. HelloFresh ended their partnership with Lea Michele on Tuesday, June 2, hours after Samantha Marie Ware alleged the actress of “traumatic microaggressions” when the pair worked together on Glee.

“HelloFresh does not condone racism nor discrimination of any kind. We are disheartened and disappointed to learn of the recent claims concerning Lea Michele,” the verified account tweeted on Tuesday, when users began messaging them and drawing attention to Ware’s message. “We take this very seriously, and have ended our partnership with Lea Michele, effective immediately.”

The statement comes hours after the Hamilton star, 28, responded to Michele’s Black Lives Matter tweet. “George Floyd did not deserve this,” the Scream Queens alum, 33, wrote via Twitter on Saturday, May 30. “This was not an isolated incident and it must end. #BlackLivesMatter.” 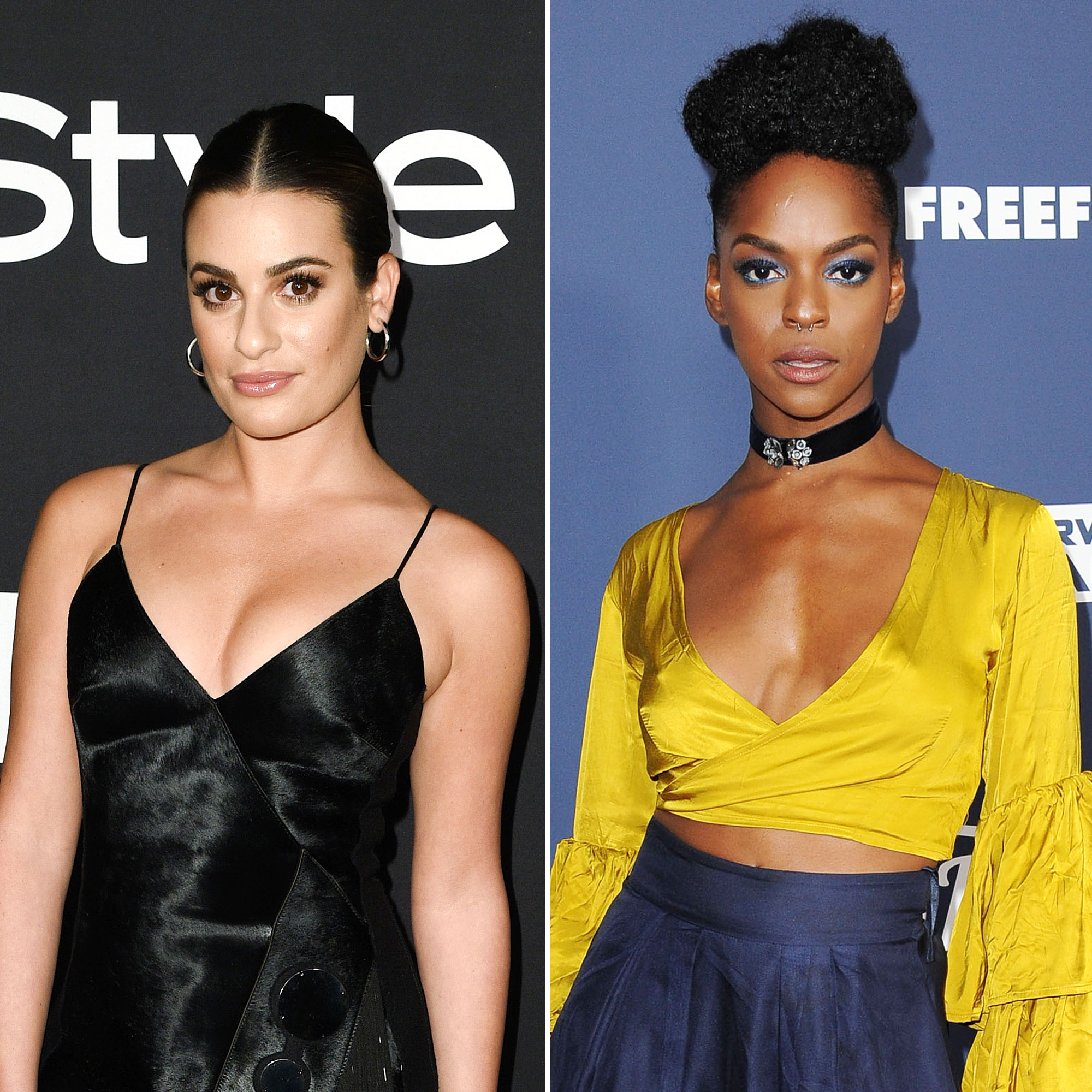 On Monday, June 1, Ware responded. “LMAO REMEMBER WHEN YOU MADE MY FIRST TELEVISON [sic] GIG A LIVING HELL?!?! CAUSE ILL NEVER FORGET,” the actress tweeted. “I BELIEVE YOU TOLD EVERYONE THAT IF TOU HAD THE OPPORTUNITY YOU WOULD “S–T IN MY WIG!” AMONGST OTHER TRAUMATIC MICROAGRESSIONS THAT MADE ME QUESTION A CAREER IN HOLLYWOOD…”

She wasn’t the only star to speak out about Michele. Shortly after the tweet, former Glee star Amber Riley posted multiple GIFs of herself sipping tea. Glee‘s Alex Newell retweeted Ware’s message with a GIF that said, “Get her, Jade.”

Newell, 27, later added, “I’m gonna say this one time… when my friends goes through something traumatic I also go through it… that’s what friendship is… and if you can’t understand that then you’re part of the problem… and that’s on PERIODT! And I mean that for both sides of this coin!”

When a fan responded, telling her that’s why she won’t be part of a Glee reboot, Newell shared a shrug GIF.

Yvette Nicole Brown, who costarred with Michele on The Mayor, also responded to Ware’s message. “I felt every one of those capital letters,” the actress, 48, wrote.

Us Weekly has reached out to Michele’s team for comment.

B2Bs are figuring out how to stay in business, operate, and recover in a COVID-19 world

Gwyneth Paltrow ‘Pushed’ Chris Martin to Get Back With Dakota Johnson