Gemma Collins has said she simply "can't listen" to anymore talk revolving around Meghan Markle and Prince Harry's decision to step back as members of the Royal family.

Taking to Instagram, the 38 year old shared a hilarious short clip of herself holding onto a tissue as she passionately says: "This is torture, but we're going to get through this."

Over it, she wrote: "Hearing about Meghan and Harry on the daily!!!" and she captioned the post: "No more PLEASE !!! I can’t listen to it anymore !!!"

Seeing where Gemma, who recently said she won't settle down with beau James Argent until she gets £250,000 yellow diamond ring, is coming from one person commented: "Feel the same hun just let them do their thing!!!!!" [sic]

Another wrote: "I was hanging in there until they got p*****d off about the public park photos- now I’m done. [sic] "

This isn't the first time the reality star has addressed reports and conversations surrounding the couple's departure from the Royal family though.

Last week, Gemma posted a short clip of herself dressed in a pink top, captioned: "Megan convincing Harry to leave the royal family like". [sic]

In the video, an annoyed-looking Gemma says: "Let's get our stuff and go babe.

"Babe I can make the money back in a couple of months, it's not a problem."

The GC, who recently announced she's stopped using SkinnyJab, then proceeds to let out a loud sigh before adding: "It's really not a problem. This has got too serious now, it don't come down to money now." [sic] 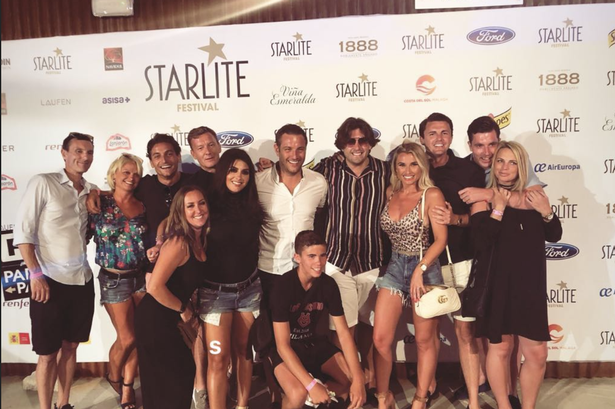 The post left her 1.5million followers in hysterics as one person commented: "crying at this one. Actually crying". [sic]

Another wrote: "Howling," alongside several laughing emojis, while a third added: "this cracks me up!!!!!" [sic]

It comes as Prince Harry recently broke his silence over Megxit and admitted he feels a "great sadness that it has come to this", but it was not possible to find the new life he and his wife Meghan wanted.

The Duke of Sussex made the comments at a formal private dinner at The Ivy restaurant in Chelsea, which was hosted for his vulnerable children's charity Sentebale.

The 35-year-old said in the emotional speech that he loves the UK but he feels he had "no other option" than to step down from his royal duties.

Harry also paid tribute to his grandmother, the Queen, calling her his "commander and chief". He told the room: "Once Meghan and I were married we were excited. We were hopeful and we were here to serve. For those reasons it brings me great sadness that it has come to this.

"The decision that I have made for my wife and I to step back is not one I made lightly. It was so many months of talks after so many years of challenges and I know I haven’t always gotten it right but as far as this goes there really was no other option."

Dominic Cooper hangs out with disembodied head and sheep, and we have questions