The network veteran will remain anchor and executive editor of the 6 p.m. ET show “Special Report” 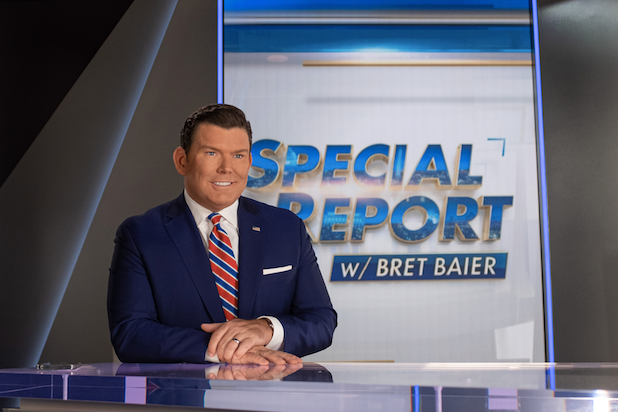 Bret Baier has re-signed with Fox News and will stay with the network for at least another five years, according to a Thursday announcement from Fox News Media CEO Suzanne Scott.

“I am thrilled to continue working with Fox News Channel for the next five years. It has been my home away from home for almost a quarter century,” said Baier, who will stay in his roles as anchor and executive editor of the 6 p.m. ET show, “Special Report.”

He went on, “Suzanne Scott, Jay Wallace, and the Murdochs have been terrific leaders and bosses. I look forward to working closely with my incredibly talented team to cover the important stories of our time in the fair and honest way our viewers expect.”

Scott also released a statement Thursday, saying, “Bret has masterfully covered some of the most consequential news stories of our time and we’re thrilled to have him continue his extraordinary journalism career at Fox News for many years to come.”

Baier took over “Special Report” in 2009. According to Fox News, the program has since ranked number one in cable news in its time slot for over a decade. Per Nielsen Media Research ratings data, in 2020, “Special Report” was the top-rated program in its time slot through all of cable. It averaged 3.1 million total viewers, of whom 550,000 were in the advertiser-coveted age demographic of 25 to 54.