After finding fame on The X Factor back in 2014 (who can forget that rendition of Uptown Funk?), Fleur East has enjoyed success in the charts, but also on our TV screens too. She wowed us earlier this year with her presenting skills on The Void alongside Ashley Banjo.

When we caught up with her at this year’s Who Cares Wins awards, a ceremony dedicated to honouring the work of our NHS and health heroes, Fleur was buzzing. The excited star told us she’ll be back alongside her favourite Geordie boys Ant and Dec on the next series of Saturday Night Takeaway.

Here, Fleur, 33, who is married to French fashion designer Marcel Badiane-Robin, tells us how her family keep her feet on the ground, and how she’d love to play her idol Janet Jackson. Have Ant and Dec given you any tips for coping with red carpet events like this, Fleur?

They’re just so seasoned and relaxed. I’m watching them and trying to learn. I don’t think you can be taught what they have got, though!

When are we going to be seeing more of you on Saturday Night Takeaway?

It’s back next year – I’m really excited. There are going to be lots of changes to the format. I’m going to be in the studio, but also outside as well. Has it changed your life?

It’s been remarkable, to be honest. I watched Ant and Dec growing up and now I’m presenting on their show.

Did you celebrate their 20th NTA with them recently? Did they recommend you for the Saturday Night Takeaway role?

Yeah, they did. At the end of the day they’re just being nice. I said thank you so much to them when I met them and they said, “Of course it was gonna be you. We wanted you.” I met them in the jungle [she did I’m A Celebrity in 2018]. They are fun to be around. They’re good guys.

Could you imagine yourself being in their position?

The sky’s the limit. My family are so proud of me, but they keep me grounded. They say, “You can go to the red carpet today, but you still have to scrub the kitchen floor tomorrow!” 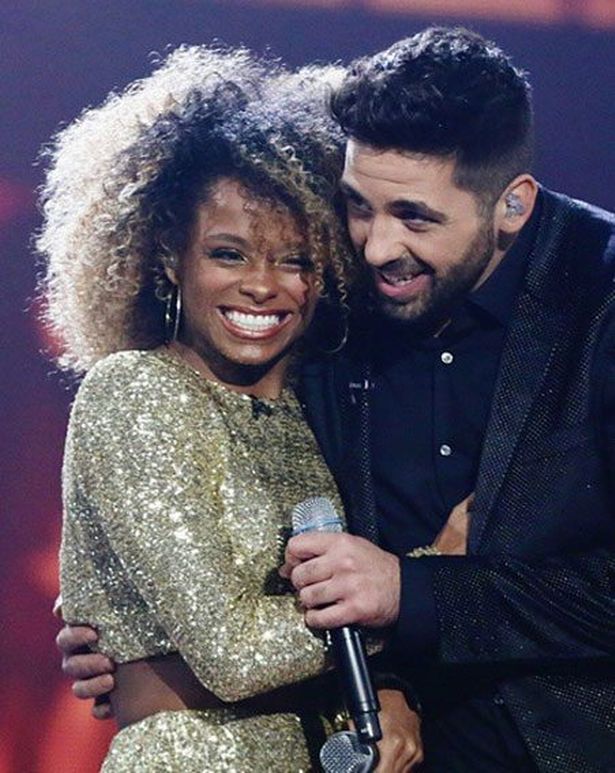 Jennifer Hudson plays Aretha Franklin in a new biopic. Would you like to do something like that?

A few people have said I remind them of Tina Turner, so maybe one day, you never know. I’d love to play Janet Jackson in a biopic. That would be the ultimate. But I’m juggling so many things!

Yungblud, Machine Gun Kelly Face Off With Zombies In New ‘Acting Like That’ Video

The nightmare job Octomom had before becoming famous