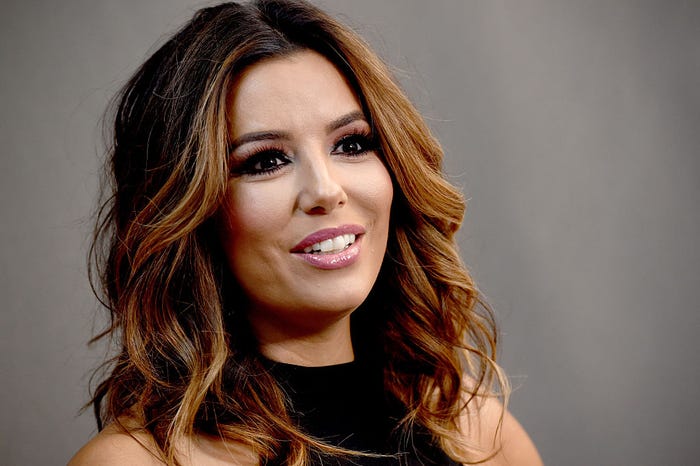 Eva Longoria was criticized on Twitter last night for downplaying the role of Black women in Joe Biden's presidential win after saying that Latina Women were the "real heroines" in the Democrat's victory.

In a recent interview on MSNBC, the former "Desperate Housewives" star discussed the election result, but specifically the turnout of women of color at the polls when she said: "The women of color showed up in a big way. Of course, you saw in Georgia what Black women have done, but Latina women were the real heroines here. Beating men in turnout in every state and voting for Biden/Harris at an average rate close to three to one."

Viewers quickly took to Twitter to condemn Longoria's comments categorizing them as anti-Black and noting that they not only diminish the work of Black women but also erase Black Latinx women.

One person said: "Black women have always been the backbone of the Dem Party. Even when the party doesn't deserve our efforts & labor. What Eva Longoria said about Black women diminishes Black women's efforts & also erases Afro-Latinas. & Real "heroines" where? Black women showed up & out AGAIN."

Soon after, Longoria posted an apology on Twitter and attempted to clarify her comments. She said: "I'm so sorry and sad to hear that my comments on MSNBC could be perceived as taking credit from Black women. When I said that Latinas were heroines in this election, I simply meant that they turned out in greater numbers and voted more progressively than LATINO MEN."

She added: "My wording was not clear and I deeply regret that there is such a history in our community of anti-Blackness and I would never want to contribute to that."

Joe Biden was declared the winner of the US presidential election on Saturday after officially surpassing 270 electoral college votes.

Donald Trump has yet to accept the result of the election.

People are calling out CNN host Van Jones for saying that Kamala Harris walked out to Beyoncé instead of Mary J. Blige before her victory speech