“If your knee is on a person’s neck, that can kill them,” Lt. Richard Zimmerman testified on Friday 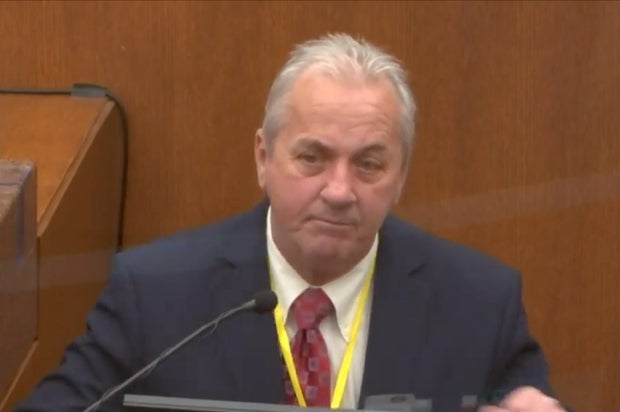 Minneapolis Police Lt. Richard Zimmerman testified on Friday that Derek Chauvin choking George Floyd with his knee was “totally unnecessary” and “uncalled for.”

“If your knee is on a person’s neck, that can kill them,” Zimmerman, who joined the Minneapolis Police Department in 1985, said. “Pulling him down to the ground facedown and putting your knee on a neck for that amount of time is just uncalled for.”

Zimmerman also said once an individual is put in handcuffs, the “threat level goes down all the way” and that he saw “no reason for why the officers felt they were in danger.”

“They’re cuffed. How can they really hurt you?” Zimmerman said.

The lieutenant said he had never been trained to put his knee on someone’s neck while they were in handcuffs.

During cross-examination, Chauvin’s attorney, Eric Nelson, argued that a person in handcuffs could still pose a threat and officers have to make decisions about what kind of force to use based on the situation.

Who Is Lucy Hale Dating? This ‘Pretty Little Liar’s Relationship Status Is Mysterious