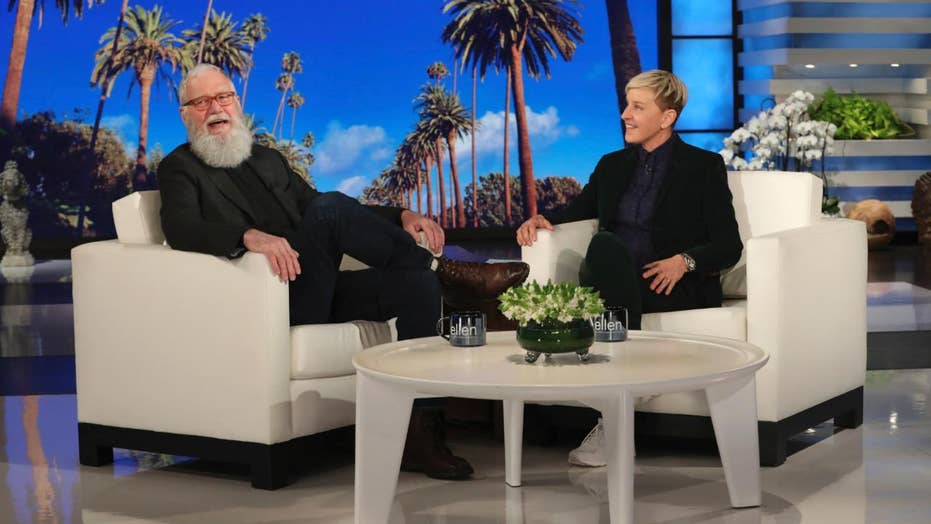 David Letterman says he ‘stayed on television way too long’

In an interview on ‘The Ellen DeGeneres Show,’ David Letterman, 71, said he ‘stayed on television way too long,’ possibly because ‘nobody had the guts’ to fire him.

Former "Late Show" host David Letterman suggested on Friday that President Trump made it more difficult for late night hosts to humiliate both sides when joking about politics.

He told "View" co-host Meghan McCain that while late-night legend Johnny Carson took a more balanced approach, it was, according to him, harder to do that under President Trump.

"But things are so fraught now that it's hard – and I think people have done pretty well going after one side, but then I understand how that also could alienate part of the audience — so I agree what Jay [Leno] is saying but for me, I don't think I could operate that way," he said.

Letterman added that when he had McCain's father on the show in 2007, the political atmosphere wasn't as tense. 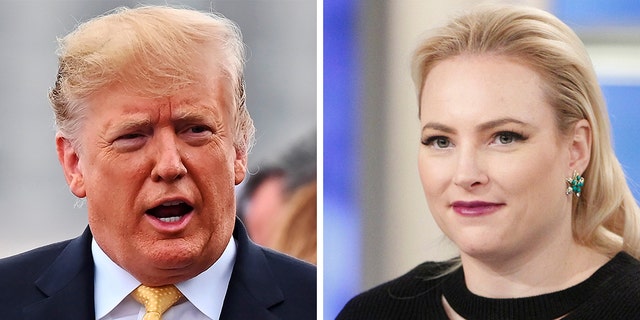 "Like with your father, and this is pre-vigorous divisional days in politics — well, that doesn't make sense …  before Trump, I'm trying to say before Trump."

"We had Jay Leno on recently on the show and he told us that he doesn't miss late night at all because he thinks it's too politically one-sided and he preferred it back when you could 'humiliate' both sides equally. Do you agree with him?" McCain asked.

"I don't think I could operate that way," he said. He also discussed how it was easier for him to focus on the easiest target in his comedy routines.

"Jay would do the kind of show Jay would like to do," Letterman said, "and I feel like with things going on, current events seeming what they are, not seeming, actually being what they are, I would have to constantly be on the attack and I would be fatigued but I would constantly being going at the easiest target because that makes your job much easier." 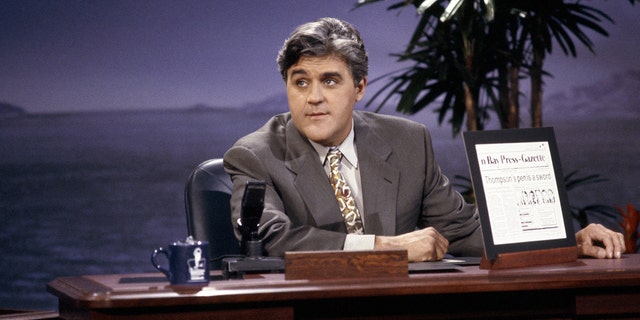 "Now the great thing about doing it that way is if you keep attacking people and attacking people, you get folks from the other side rarely to come on and then you can go at it head-to-head. I'm not sure how I would be able to do — make fun of both," he added.

Letterman's comments came after late-night hosts like Jimmy Kimmel and Seth Meyers pummeled the president with harsh words during their shows.

During an interview in March, Leno indicated he was annoyed with how "serious" late night shows had become, as well as how hosts revealed their political preferences.

“I tried to use Johnny’s model, and I would get hate mail from both sides equally and thought ‘well that’s fabulous, that’s exactly what I want,'" he said of Carson.

Rapper Krept welcomes baby daughter and gushes over girlfriend: ‘I fell in love all over again’