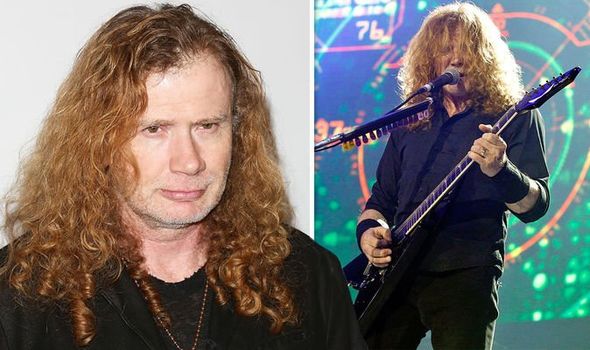 Dave Mustaine, 57, shared a statement on the official Megadeth website, saying he had been diagnosed with throat cancer and had a treatment plan in place. “It’s clearly something to be respected and faced head on,” he wrote. “But I’ve faced obstacles before. I’m working closely with my doctors, and we’ve mapped out a treatment plan which they feel has a 90 per cent success rate,” he continued.

The guitarist said he had already begun treatment for the throat cancer.

He went on to say Megadeth were cancelling “most” of their upcoming shows.

“The 2019 Megacruise will happen, and the band will be a part of it in some form,” he said, directing fans to the website for up to date information.

“Megadeth will be back on the road ASAP,” he added.

“Meanwhile, Kiko [Loureiro], David [Ellefson], Dirk [Verbeuren] and I are in the studio, working on the follow up to Dystopia – which I can’t wait for everyone to hear.

“I’m so thankful for my whole team – family, doctors, band members, trainers, and more,” he said. “I’ll keep everyone posted.” 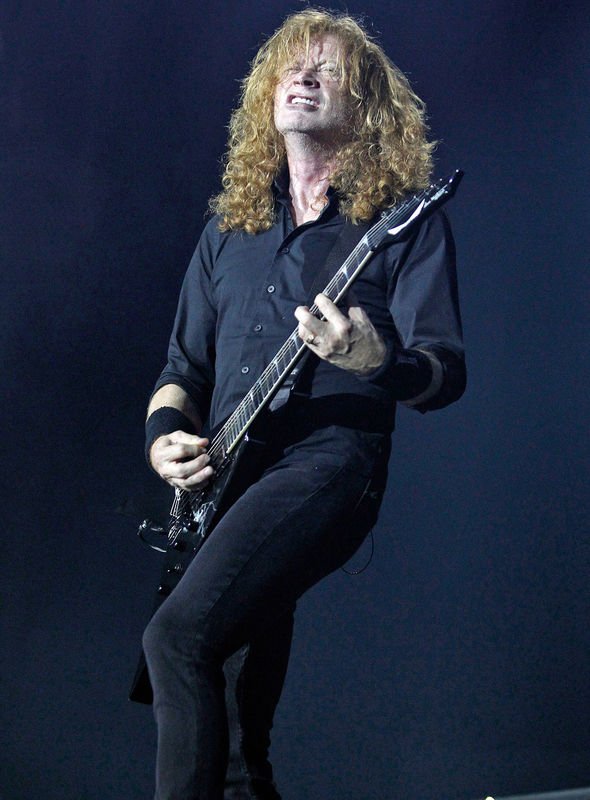 The site still lists Rock in rio and the Megacruise 2019 under upcoming live gigs.

Members of the metal community took to Twitter to send Dave their well wishes, with thrash metal band Overkill writing: “Sending positive vibes to @DaveMustaine who has just been diagnosed with throat cancer. Stay strong brother!”

Monsters of Rock said: “Our prayers and thoughts are with you @DaveMustaine… You will beat this! God bless!” 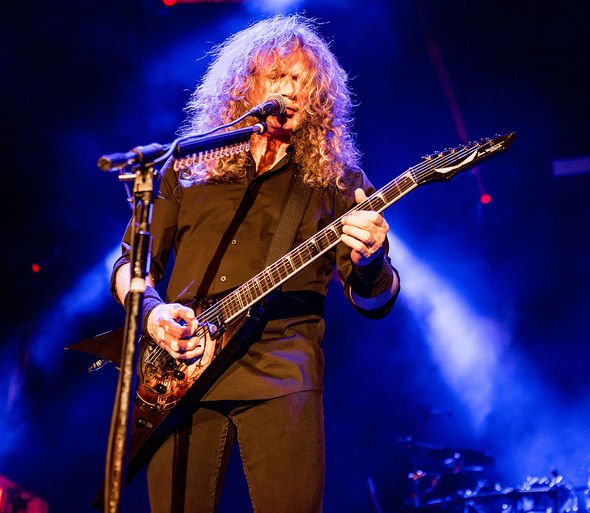 Dave started his music career with his first band, Panic, and later left to become the original lead guitarist for Metallica.

He joined the future heavy metal legends after spotting at ad in a local newspaper, taken out by drummer Lars Ulrich, 55.

After being fired from Metallica, he went on to found Megadeth, who released their first album in 1985.

They have released 15 studio albums to date.

Dave is married to Pamela Anne Casselberry and the couple have two daughters together.