4:31 PM PT — The judge rejected Heerdegen’s request for a restraining order against Christina. The judge said there was no basis for an emergency order before their next court hearing in March.

This means Heerdegen must stay away from Christina and their son at least until then … under the terms of her restraining order against him.

11:44 AM PT — Christina’s legal team was also in court Friday to file an opposition to Heerdegen’s request for a restraining order. In the docs, obtained by TMZ, she says there is “overwhelming evidence” that he is the abusive one — even beyond the photos she already filed with the court.

She says she has an audio recording from his alleged attack on her on June 25, 2020. According to the docs, James can be heard “terrorizing Christina, spitting and screaming at her, admitting to violence, following her from room to room, chasing her and then violently assaulting her.” She says the recording ends abruptly with her in tears, saying she’s going to call the police.

Christina Ricci‘s husband agrees quarantine’s been a dangerous time in their household, except he claims she is the one who’s the abuser.

James Heerdegen filed Friday to get a restraining order against the actress, claiming alcohol and substance abuse is fueling her allegedly abusive conduct.

In his court filing, James claims Christina was boozing hard during quarantine and would routinely abuse him physically and verbally while she was intoxicated. He says she would often hit and scratch him with her arms, hands and nails.

According to the docs, obtained by TMZ, Heerdegen also claims Christina would habitually follow him around their home, screaming and yelling profanities at him in front of their son. He says her alleged outbursts are causing their child emotional distress.

James says Christina attacked him back in October 2019, claiming she grabbed his throat while he was on the toilet. He says she “squeezed and pushed on my throat with her left hand using her right hand to gain leverage by propping it up against the doorframe” … according to the docs.

Heerdegen’s filing comes 48 hours after Christina was granted a restraining order against him, claiming he’d beaten her multiple times and she now fears for her life and their son’s. She filed to divorce him in July.

In his docs, James claims Christina filed false domestic violence allegations against him to “leverage” her control over their son and prevent Heerdegen from seeing the kid. He also claims she filed a false police report.

James says Christina was sober during her pregnancy but claims she started abusing alcohol and pills when she began breastfeeding, and things got to the point where he was throwing out some of her breast milk for fear of alcohol polluting the milk … according to the docs. 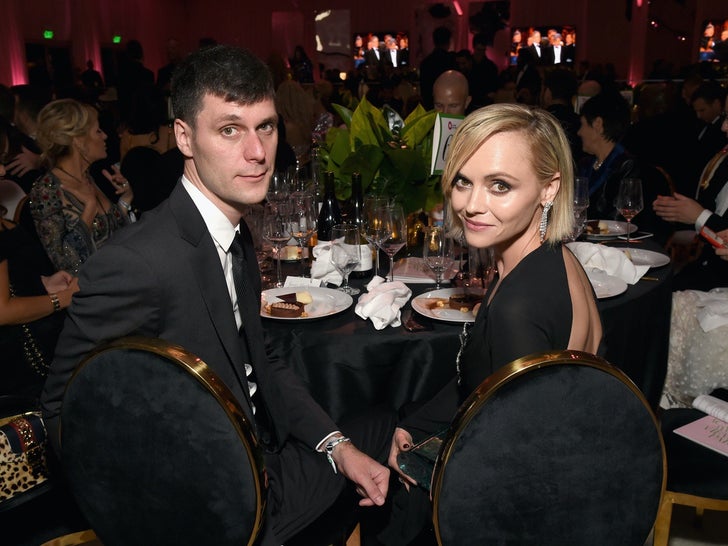 Christina’s attorney, Samantha Spector, tells TMZ … “This filing is nothing more than a transparently abusive attempt to silence my client. It will not work. Christina will not be intimidated by Mr. Heerdegen and his barrage of misleading claims – and she remains determined to protect her family.”

The judge has not yet ruled on Heerdegen’s request to restrain Christina.

In Which Nick Jonas "Snacks" on Priyanka Chopra in a Bikini